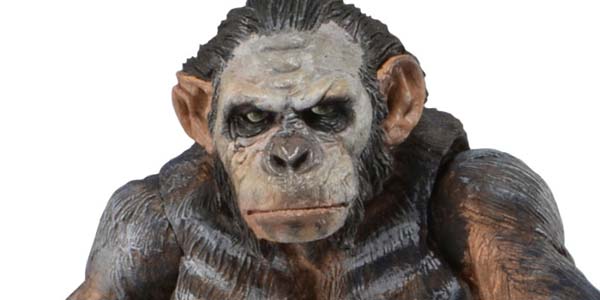 Planet of the Apes is going to be one of NECA’s big properties in 2014, and I couldn’t be happier.  They’re doing it just right, with a equal attention to the classic 60s POTA collection, and a separate line featuring the simian stars of the new franchise, which continues this summer in Dawn of the Planet of the Apes.

We have already seen the revolutionary ape leader Caesar, and earlier this week NECA revealed an unpainted test shot of the orangutang Maurice, also slated for series one.

On top of that, MTV Geek revealed the fully painted first look at Koba, another war painted member of Caesar’s army.  This trio will form series one of the modern Apes collection, and all three look incredible, with loads of detail, badass paint apps and lots of poseability.

These figures will be on display this weekend at Toy Fair, so expect a lot more looks at them starting Sunday when NECA reveals their full 2014 Toy Fair lineup. 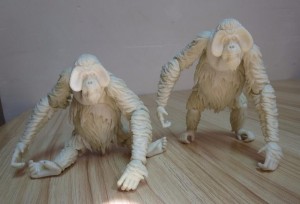 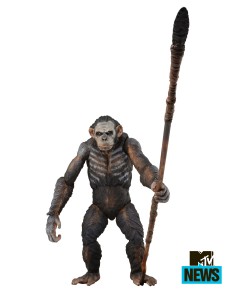