NECA, you son of a bitch!

This summer, NECA is celebrating the 30th Anniversary of Predator with a special line of figures, reissuing the best toys based on both the Predator and his human opponent Dutch Schaffer from the original cult classic 1987 film.  But they’re using Comic Con as the platform to add one more all new figure to the mix, one who feels like a perfect limited edition SDCC offering.

While we’ve seen several great iterations of Arnold Schwarzenegger’s protagonist in the past and near future of NECA’s long-running toy line, there has been a sort of weird* demand for one more version of Dutch… in his red polo shirt from the briefing at the start of the film. Yea, Arnold is only in this outfit for a few minutes’ worth of screen time… but he gets one of the best lines of the movie while wearing it (“Dillon, you son of a bitch!”).  And business-casual Arnold might not be the most appealing entry in the brick and mortar toy aisle… but this look works perfectly for a variant at Comic Con.

I have to give extra kudos to NECA for the packaging, which mirrors the rest of the 30th Anniversary Predator figures, while adding the “off screen” arm of Dillon grasping hands with Dutch in the most macho, bro-iest hand clap ever caught on film.  It’s a subtle gag, but for a Predator die-hard like me, it literally made me spit out my coffee when I first saw the pic.

Like most of NECA’s other SDCC releases, Jungle Briefing Dutch will be available at their booth at Comic Con, as well as via TheNECAStore.com in limited quantities for non-attendees starting June 20th.  There is no way I’m not adding this dude to my collection… how about you? 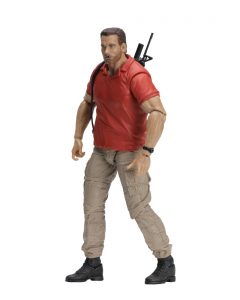 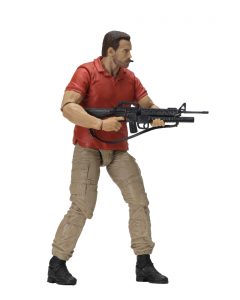 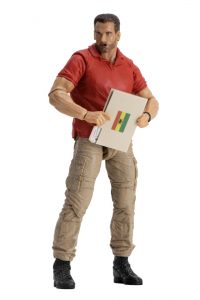 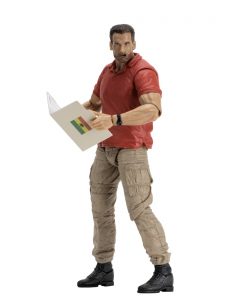 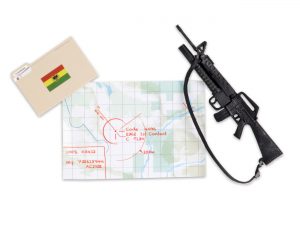 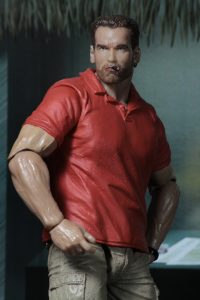 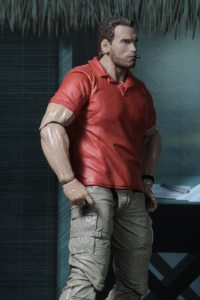 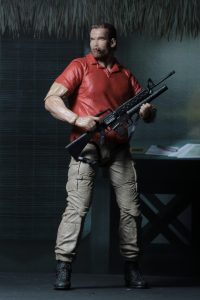 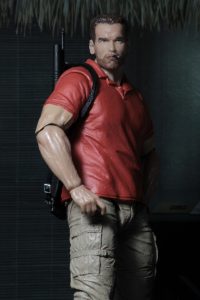 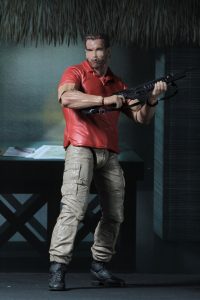 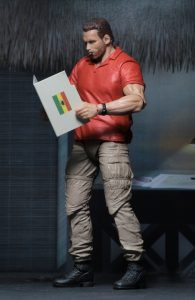 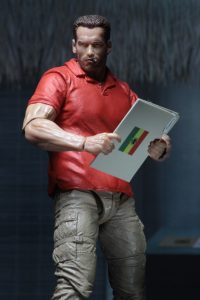 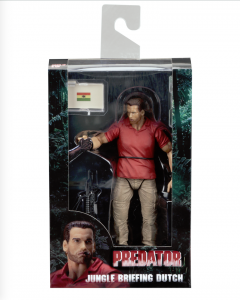 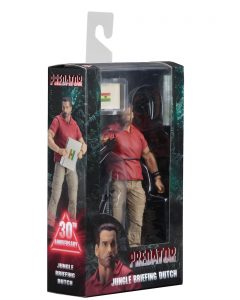 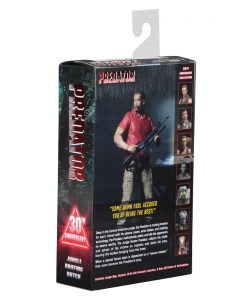 *Full disclosure, I have been one of those weirdos calling for this version of Dutch for years now. Just putting that out there. So no judgement.