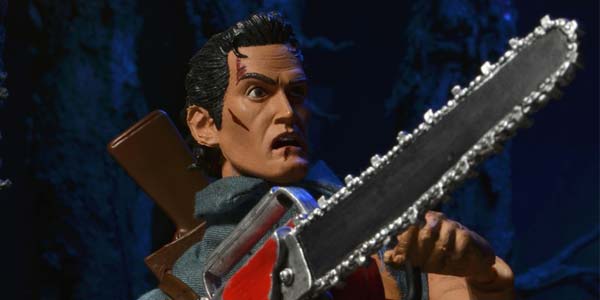 The next Mego-style retro figures from NECA bring two versions of hapless hero Ash to a new scale.

NECA’s retro figures have been great, and the next releases promise to be among the coolest, delivering both Ash and his evil, Deadite self into the Mego-style collection.  NECA has shared some new photos of both versions of our Evil Dead hero, and he looks outstanding.

They really nailed the Bruce Campbell likeness here, better than ever in my opinion.  There’s a cartoony quality to the face which works perfectly for our idiot good guy, and the Deadite version looks appropriately ghoulish.  Evil Dead as a property is just old and campy enough that it fits perfectly with the retro aesthetic, and this may wind up being my favorite Ash figure ever.

Ash is scheduled to hit stores in May, with the Deadite coming hot on his heels in July.  Check out photos and more details from NECA below:

In the ultimate battle of good versus evil, Ash versus Ash, Chin versus Chin, who will reign supreme? We’ll find out soon! (More specifically, May for Hero Ash and July for Deadite Ash.)

In the meantime, we took our upcoming retro-style clothed action figures from Evil Dead 2 into the photo studio for a closer look at the contenders.

Get your retro fix with two new takes on Deadite Ash and Hero Ash from the cult classic flick Evil Dead 2! These poseable 8? figures are dressed in tailored fabric clothing similar to the retro toy lines that helped define the licensed action figure market in the 1970s.

Hero Ash comes complete with sawed off shotgun and holster on his back for storage. Blister card packaging with removable protective clamshell and custom illustrated artwork. 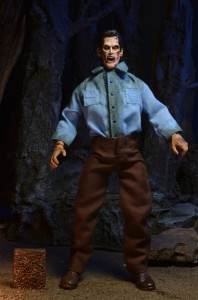 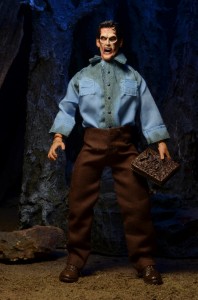 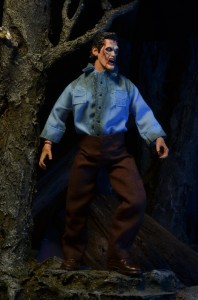 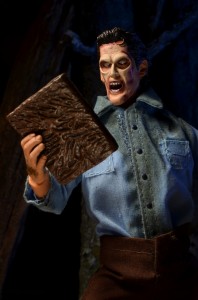 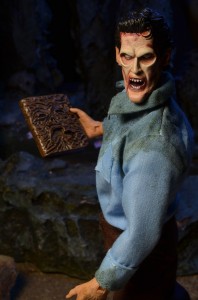 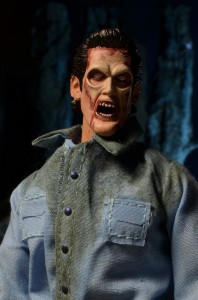 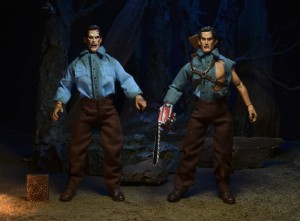 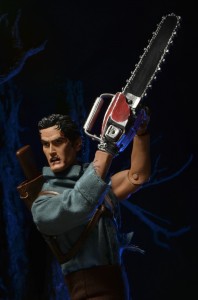 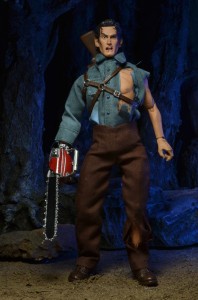 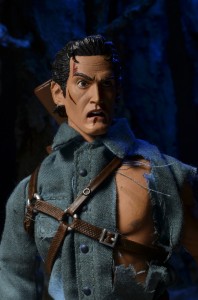 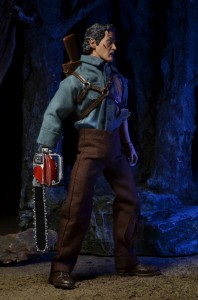 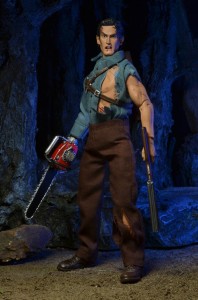 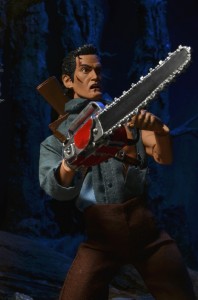 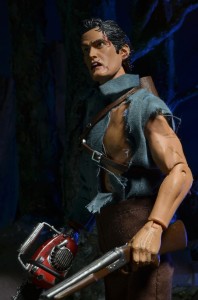 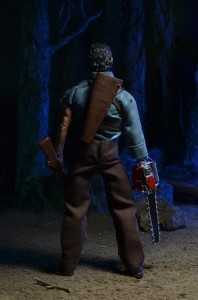