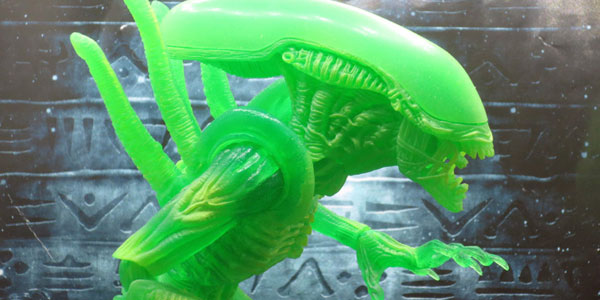 There’s a handful of Aliens exclusives hitting Toys R Us stores now courtesy of NECA, including a Genocide-inspired two-pack of red Big Chap and Dog Alien figures, a variant egg carton with glow in the dark eggs, and a very cool Thermal Vision Alien Warrior, the subject of today’s review.

This guy is a recast of the fantastic AvP Warrior sculpt, which remains the most detailed and best-engineered Xenomorph we’ve seen from NECA.  From the articulation to the intricacies of the bio-mechanical exo skeleton of the creature, this figure is awesome to look at, and feels more sturdy and durable than the Aliens Warrior and Big Chap.

But I’ve already spent a review gushing about this awesome sculpt.  Let’s look at what makes this TRU variant special– the all new deco.  Cast in translucent green plastic, with a glow-in-the-dark wash on top, this figure emulates the appearance of the Xenomorphs when viewed through the Predators’ thermal vision, and the alternate colorway really makes this unique figure pop.

While the glow capability of the paint is less aggressive than it would have been using GITD plastic, the effect is still decent, and adds a nice depth to the otherwise all-clear pallet.  This green deco is as bright and bold as it appears in the film, and the concept serves as a great way to get additional mileage out of this tooling.

The Thermal Vision Alien is available now at Toys R Us stores, and online at ToysRUs.com.  He’s a fun variant that still manages to be screen accurate, while certainly standing out as a visually unique entry to this fantastic toy line. 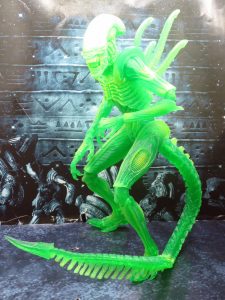 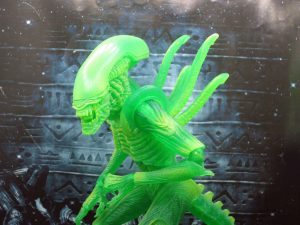 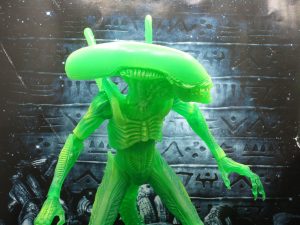 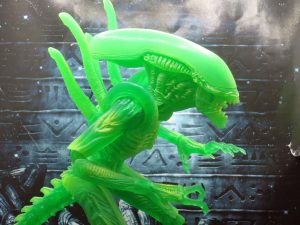 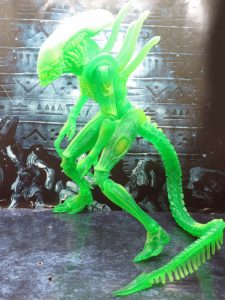 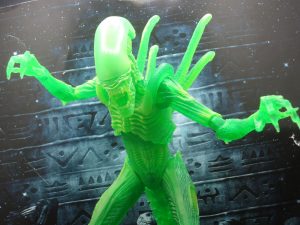 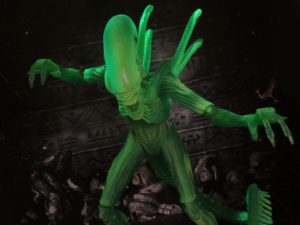 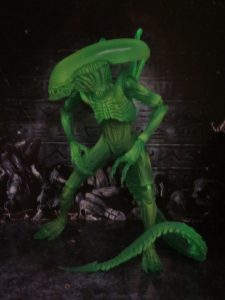 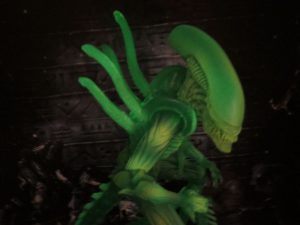 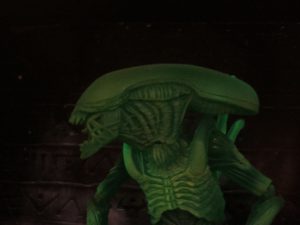 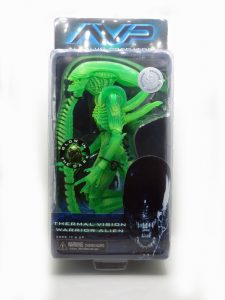 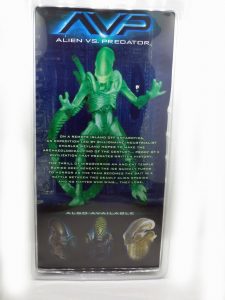