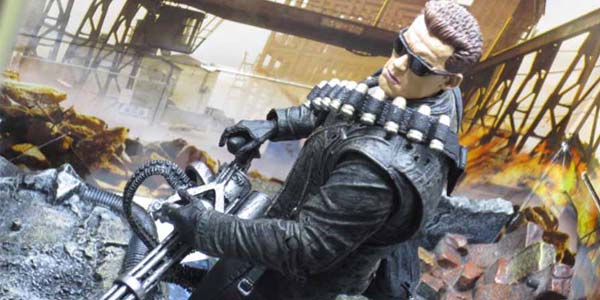 The new and improved T-800 action figure from NECA is a must have for anyone who loves T2: Judgment Day.

NECA has had the Terminator toy license for some time now, but we haven’t seen many releases in the past few years.  Like the slasher movie icons, Terminator was a property that came at a transformative time for NECA– they were moving away from the pre-posed, statue-esque aesthetic employed on many of their earlier toys, yet they weren’t quite to the current, fully articulated standard, either.  The result was figures that still looked great, but tended to be limited in their poseability, especially in their legs and lower halves.

For many of these figures, though, NECA is re-releasing improved versions of them under their “Ultimate” label.  These Ultimate toys tend to combine new tooling in addition to the old sculpts, to increase articulation, poseability and playability.  To make these toys appealing to everyone– including those who own the original, more static releases– the Ultimate figures also include loads of cool accessories and alternate parts to enhance their value.

The latest property to get the Ultimate treatment if Terminator, and NECA will release three figures based on James Cameron’s classic T2: Judgment Day in this line.  The first up is Arnold Schwarzenegger’s T-800, and it’s obvious that this truly is the best toy rendition of the character ever released in this scale.

The Ultimate T-800 features an all new lower body sculpt, which adds ball jointed hips and ankles, and half-ball knees, which ups the posing options for the figure exponentially.  This is added to the excellent upper body sculpt, featuring the Terminator in his iconic, bullet-riddled leather jacket, complete with a removable bandolier filled with shotgun shells. 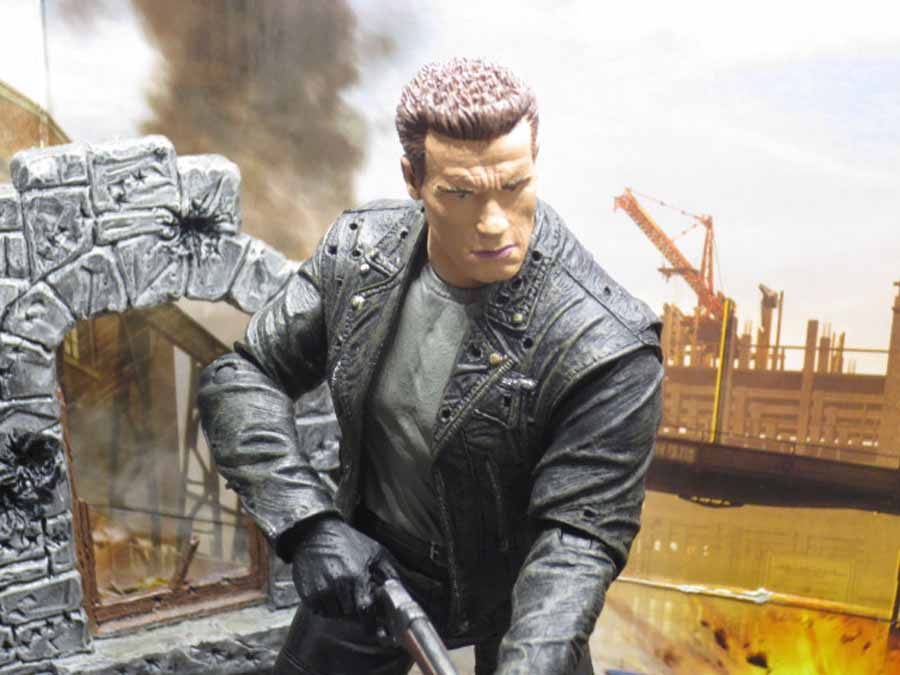 Our new, improved T-800 features three alternate heads, each of which sports an incredible likeness of Schwarzenegger.  There’s the classic shades look, a neutral head without glasses, and a battle damaged head, with the T-800’s flesh peeled back to reveal viscera and his metal endoskeleton.  Simple tweaks like the alternate heads and removable bandolier really help change up the appearance of the figure dramatically, and I love how many film-accurate appearances he can replicate.

Aside from the alternate heads, the T-800 also comes armed to the teeth.  The figure is packed with a Colt/ Detonics Hybrid, a Winchester Shotgun, a M79 Grenade Launcher, and the Minigun, which is attached to a bullet belt feeding out of a satchel which the figure can sling over his shoulder.  It’s an impressive amount of munitions; an arsenal that hits on all the major scenes from the film.

Between the improved articulation, the loads of accessories and three swappable heads, I think the T-800 earns his “Ultimate” moniker.  In a perfect world, I’d love for him to have included swappable, un-gloved hands, a bouquet of flowers to hide the Winchester, and an alternate torso with the shirt and skin torn.  But as it stands, what we get is a really cool figure with loads of relevant add-ons (some of which have never been included with a Terminator toy before!), and enough articulation to re-enact all the greatest scenes from this modern sci-fi classic.

Like previous Ultimate figures, the T-800 comes packed in a very cool window box, which displays a still from the movie, as well as a number of great shots of the action figure.  In the coming months, the T-800 will be joined in the Ultimate Terminator collection by the T-1000 and Sarah Connor, who will be the first original, all new sculpt in this series.  The line is off to a great start with the excellent T-800, and I’m looking forward to this series continuing with the other major players from Judgment Day, and beyond.  You can purchase the Ultimate T-800 now at Toys R us and specialty retailers everywhere. 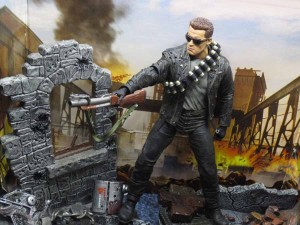 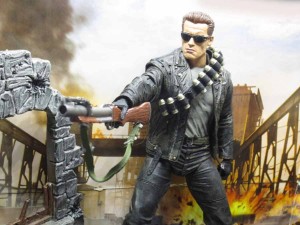 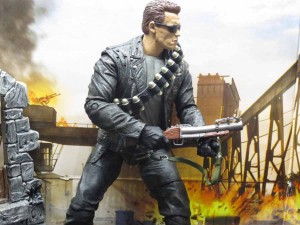 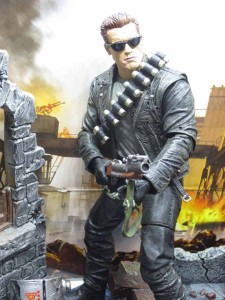 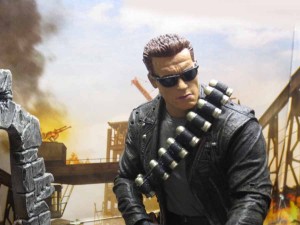 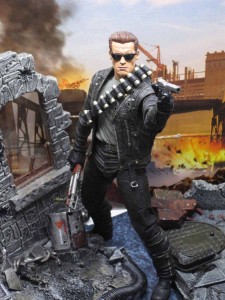 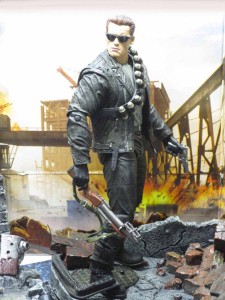 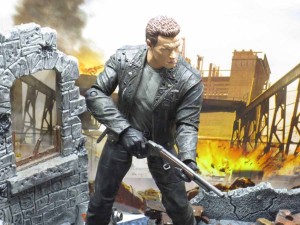 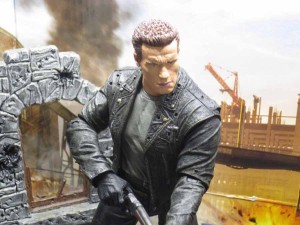 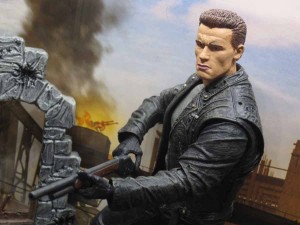 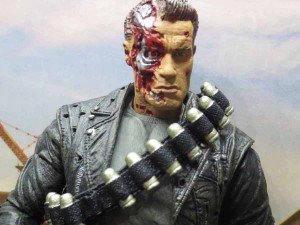 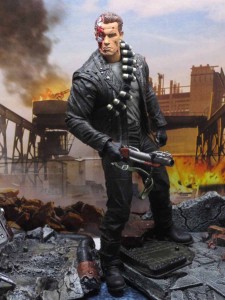 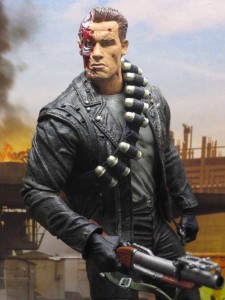 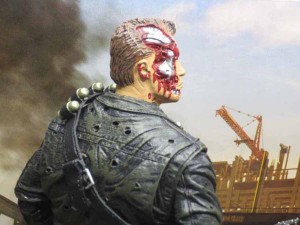 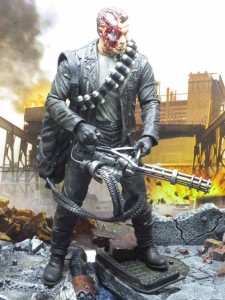 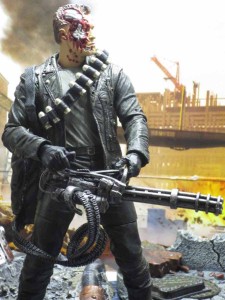 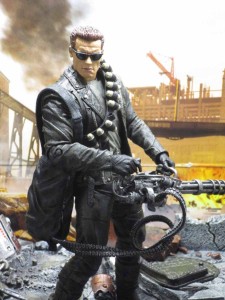 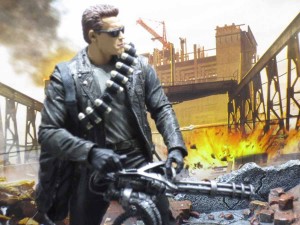 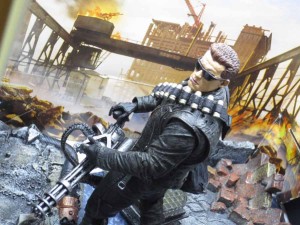 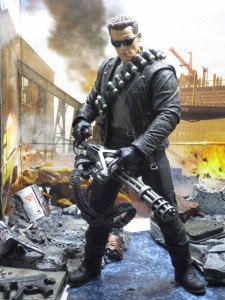 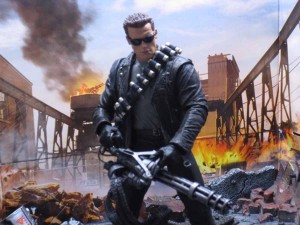