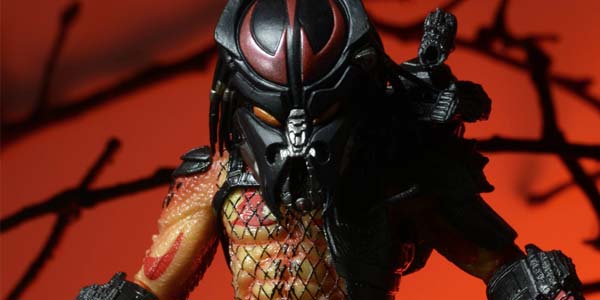 A better look at NECA’s Viper Predator just jumped this guy up to must-buy.

We haven’t seen a non themed wave of Predator figures from NECA in a while, but the upcoming Series 12 promises to be one of their most diverse yet.  We’re getting the first mass retail Dark Horse Predator, in the form of Bad Blood’s opponent the Enforcer, plus an upgrade to Predator 2‘s Elder, and Viper, an in-house design by the NECA team.

This guy was first intended as a driver figure to be included with the Blade Fighter vehicle, but when that couldn’t cost out, he was rolled into the basic assortment of figures, instead.  At first, I’ll admit I was disappointed– Viper seemed like little more than a cool paint job on a generic Predator buck.  But NECA’s latest spotlight on this figure has suddenly vaulted him into one of the most exciting figures in the collection.

First off, he’s got a removable mask, something I’m honestly always down with.  And this is a cool looking mask, blending movie and Kenner toy-styles into something stylized yet practical.  The red and gunmetal color of the armor works very well with the snake-like patterning on this Predator’s skin, and extra tweaks– the twin wrist blades and alternate set of hands– help make this figure stand out way more than I thought he would.

Much as we’ve seen with Mattel’s ambitious Masters of the Universe mythology, NECA also put some thought into the Viper’s bio, tying him into the Kenner collection… hence his 90s inspired card art and assignment as the Blade Fighter pilot.  That’s cool!

2014 has been a fairly light year for Predator figures, but what this line has lacked in quantity, it’s looking to really make up in quality.  Viper is a great example of this… what I was once convinced would be an extra background filler in a display has now become one of my most anticipated action figures this fall.  And it didn’t take a lot– just some cool add-ons, neat accessories and some clever tweaks to the mythology by NECA transformed this figure from a zero to a hero.

Here’s more info on Viper Predator, along with some great new production photos by NECA:

For our next in-depth look at Series 12, we’re proud to present a very special Predator, created by NECA with all official blessings. Viper Predator is the leader of the mercenary Serpent Clan and specializes in hunting Xenomorphs (and the occasional Bad Blood), often using the Blade Fighter vehicle.

Viper Predator, pilot of the Blade Fighter vehicle, is an original design featuring deadly wrist blade gauntlets on both forearms, a removable mask, and 2 pairs of hands. 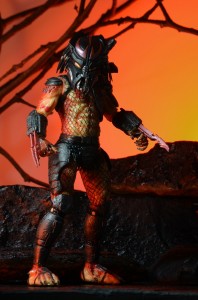 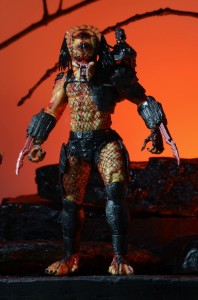 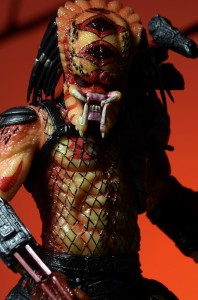 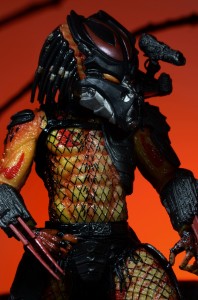 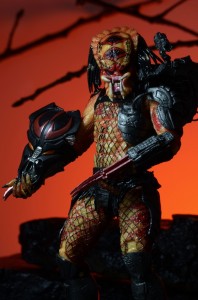 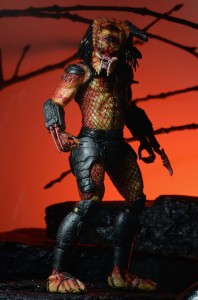 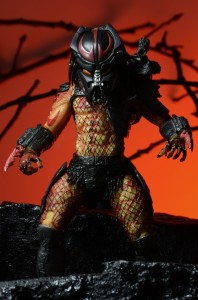 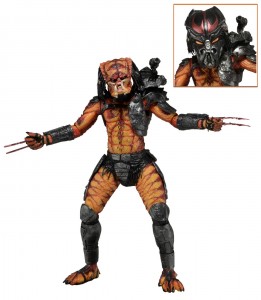 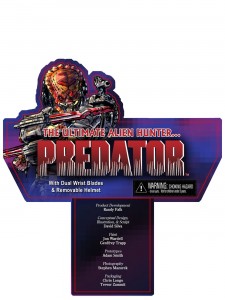 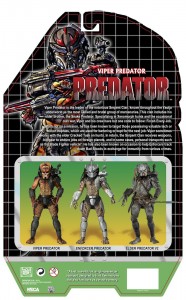 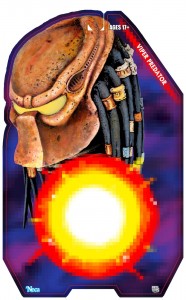