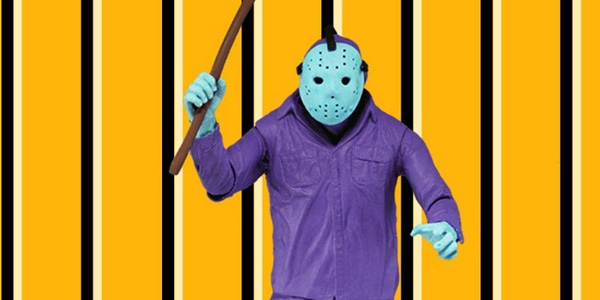 NECA is bringing possibly the most terrifying Jason Voorhees of all to Comic Con.

In 1989, LJN released the Friday the 13th video game for NES, and since then the game has become legendary– not for any obvious benefits, but because of how truly awful it was.  In case you don’t remember, it’s the game where you play a camp counselor, walking aimlessly around a very circular Camp Crystal Lake, throwing rocks at dogs and zombies, and exploring infinite cabins who hold no fealty to dimensions or physics.

Occasionally, you also meet Jason himself– clad head to toe in purple, NECA’s new Jason Comic Con exclusive matches his NES game appearance perfectly.  But NECA took this guy a step past just his crappy game appearance– this Jason features glow in the dark hands, feet and mask… and will come packed in a special box that pays tribute to the original video game.

This fantastic idea was originally conceived by Will Edwards, whose custom NES Jason posted on Twitter served as NECA’s inspiration.  The toymakers will be crediting him with the design, and hooking him up with some samples of the figure, because NECA is classy like that.

As for the rest of us, Jason will be available for $25 at NECA’s booth at Comic Con (along with the recently revealed Albino Predator), and may be available after the show on their webstore, based on past years’ exclusives. 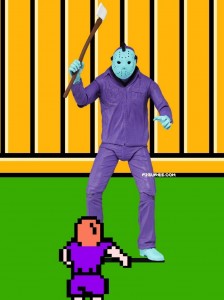 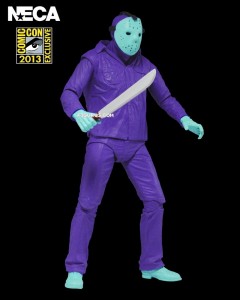