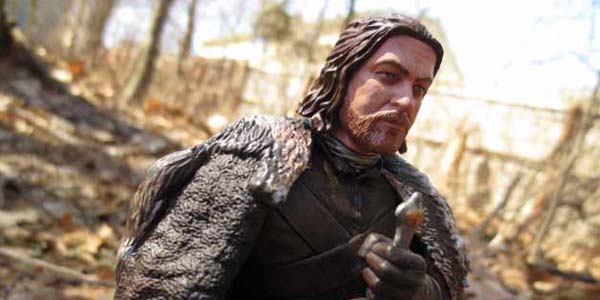 The latest Game of Thrones figure from Dark Horse is great.

In addition to the very cool 6″ Game of Thrones Legacy collection from Funko, Dark Horse has also been releasing a series of non-articulated 8″ figures, and the latest release is the Lord of Winterfell, Eddard Stark.  While Ned also made his way into Funko’s first wave, I think the figure from Dark Horse is the best collectible we’ve seen of this important (if short lived) character.

Ned is depicted in a regal pose, holding his Valyrian steel sword Ice in front of him.  He’s dressed in his winter cloak, complete with fox skin, and the dark garb of the men of Winterfell, and the figure features a very strong portrait of Sean Bean.  This figure does a great job of capturing the iconic “Winter is coming” scene from the first season of Game of Thrones, and I still consider this the definitive look for the patriarch of the Stark family. 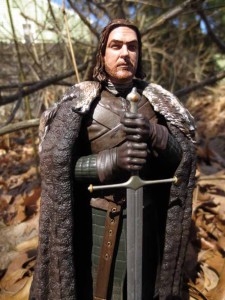 The figure is not articulated, but the pose Dark Horse has chosen is great. He’s made of a vinyl style plastic that feels very durable, and his sword is a separate piece which plugs into the hilt sculpted in his hands.  The cloak is a softer rubber, and the pliable material makes it drape very naturally on the figure’s shoulders.

Every detail from the character on the HBO series is wonderfully rendered, from the ruffles of the fur on Ned’s cloak, to the straps and worn leather of his outfit.  Ice looks amazing, as well, with its linear design and signature silhouette perfectly realized.

Topping things off is a good paint job, which adds a realism and worn feel to Stark’s costume, while the dark tones offset the bright silver of his family sword.  While a few things are overdone– especially the subtle scar on Ned’s forehead, which is very dark on my figure– the overall effect looks much more like a high-end resin statue than a plastic figure.

It’s that quality, attention to detail and material that make Dark Horse’s series truly amazing– Ned and his fellow Game of Thrones figures retail for less than $30 each, and they display as pieces you’d expect would be priced twice that, if not more.  It’s a great value, and the figure itself is wonderful.

After a dearth of toys for this hit TV show for over three years, we’ve now seen a surprising amount of great figures and collectibles.  It’s a tough call to decide between the great Game of Thrones figures from Dark Horse and Funko, but I think there is easily room for both in any Game of Thrones fan’s collection. 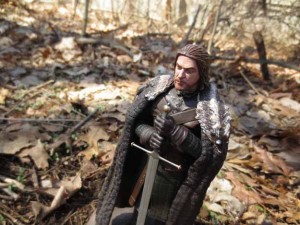 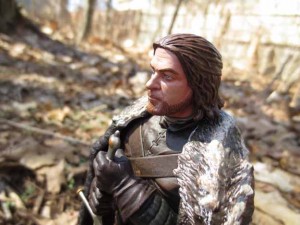 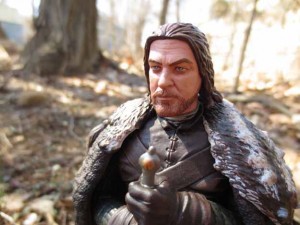 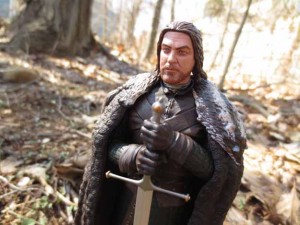 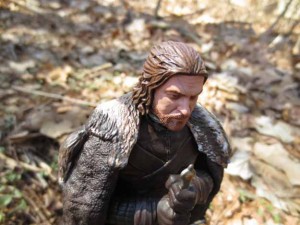 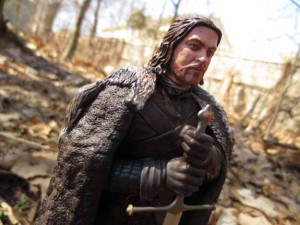 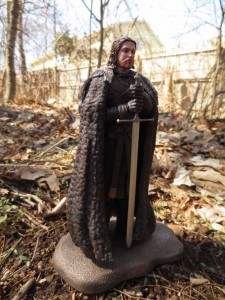 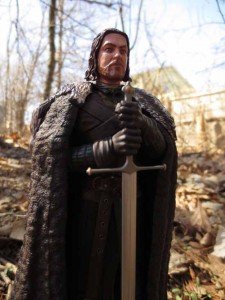 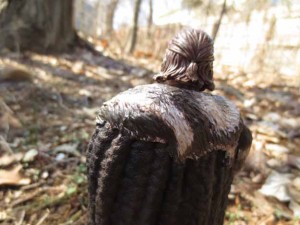 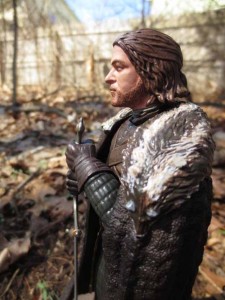 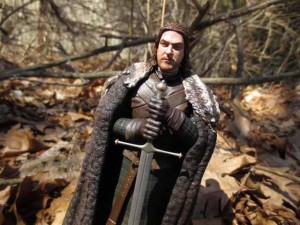 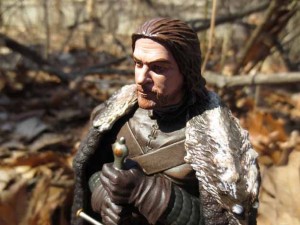 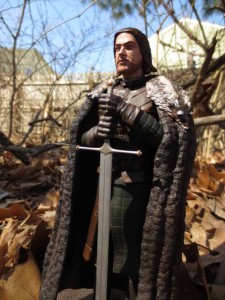 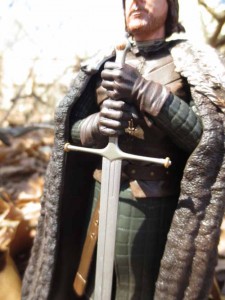 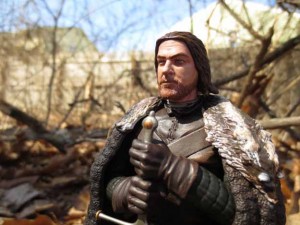 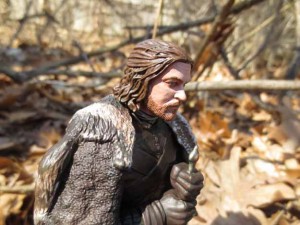 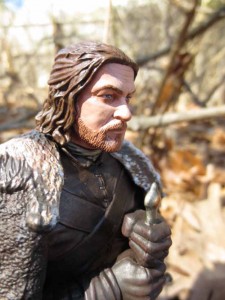 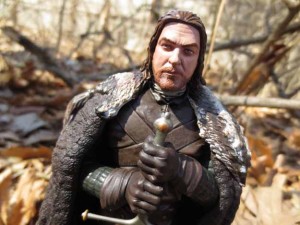 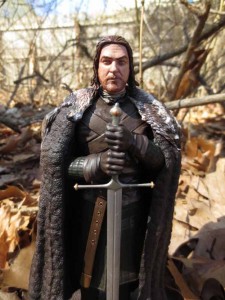