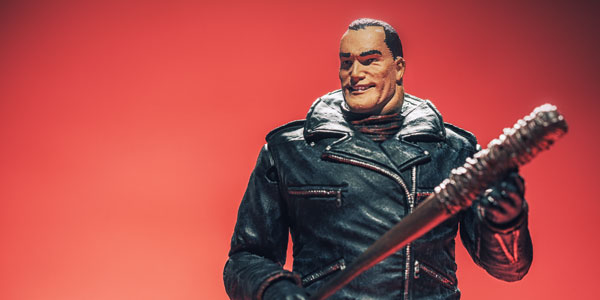 Just a few days ago we told you about the reveal of Negan as the latest comic book style Walking Dead figure coming from McFarlane Toys.  I had assumed Negan would be part of a full third series, and that he’d be out in 2014, but I was a little off!

Negan will actually be released in just about a week, on Black Friday, at TheWalkingDead.com!  What’s more, McFarlane has made two variant for this guy– one full color and one black and white.  Each will fetch $25, and the figure looks awesome, a perfect representation of this brute, from the sociopathic smile on his face, to his Lucille bat accessory.

Here’s all the details, straight from McFarlane Toys and Skybound:

After a series of teaser images released throughout the week, Skybound revealed a limited edition action figure of Negan, the infamous Saviors leader introduced in The Walking Dead #100. Designed by McFarlane Toys in conjunction with Robert Kirkman and Skybound Entertainment, the figure will be available for $25, exclusively at TheWalkingDead.com starting on Black Friday. Negan also comes packaged with the love of his life, Lucille–his deadly barbed wire baseball bat. This figure also includes a hot iron and comes in two variations: full color, and black & white with bloody accents.

In addition, the Skybound.com and TheWalkingDead.com online stores will be discounting items all Black Friday weekend, November 29th through Cyber Monday, December 1st.

For the most up-to-date information on special Black Friday deals and hourly sales, follow us on Twitter @SkyboundEnt and @TheWalkingDead. 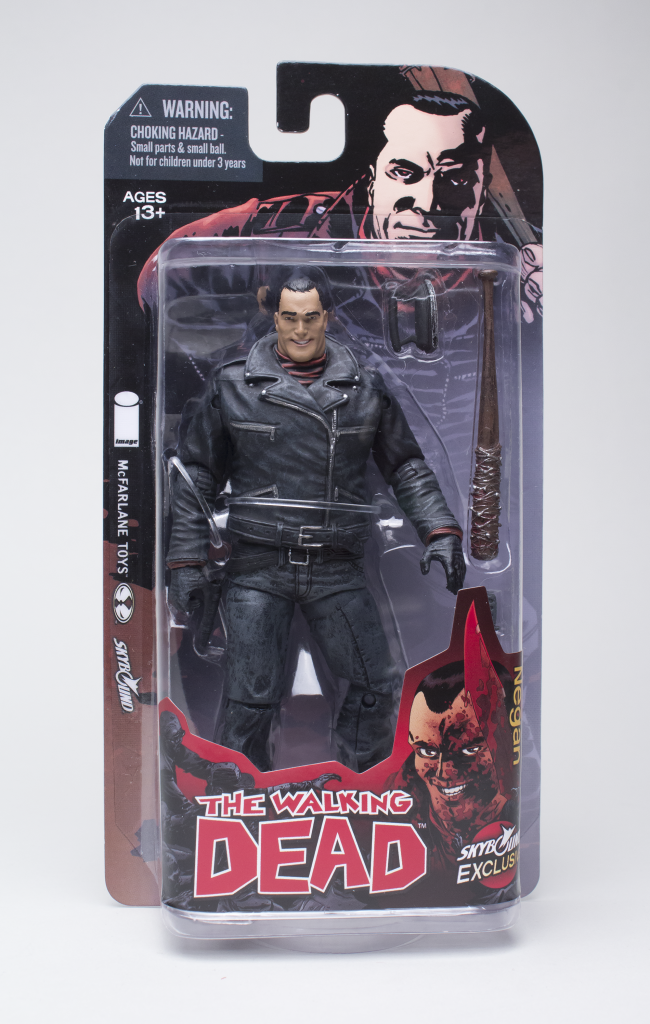 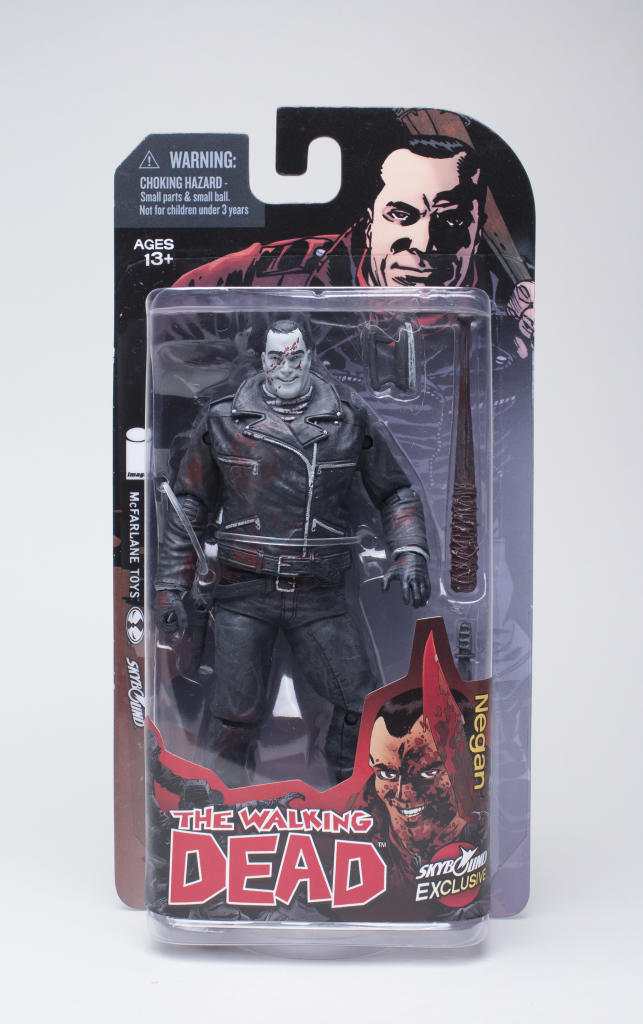