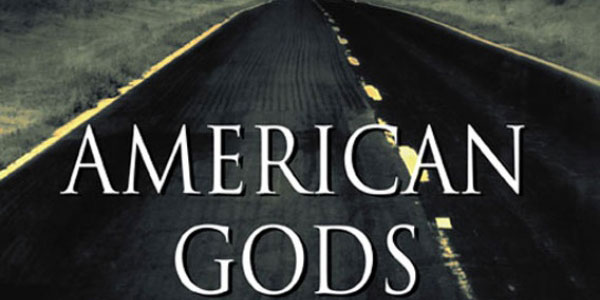 …since it already tackled the overrated book thing.

There have been flirtations with a TV adaptation of Neil Gaiman’s only less than stellar novel, American Gods, for a while now.  I haven’t been following that news closely, as I really very much did not care for the book, but I know HBO was close to moving forward with the adaptation, until that fell through earlier this year.

Now it looks like Starz is the latest network picking up the project, and Bryan Fuller and Michael Green (of Heroes fame) are developing the adaptation.  Fuller, you may recall, is already working as showrunner for NBC’s fantastic Hannibal, so I’m very much hoping he isn’t planning to jump ship to commit to American Gods full time.  That would leave Hannibal in a lurch, and give me yet another reason to hate on American Gods.

Gaiman’s book, for those who don’t know, tells a story of old Gods from various religions and myths, coming into conflict with a new set of Gods based on modern society.  It could have been whimsical if it wasn’t so smarmy, and it could have been philosophically intriguing if it didn’t try so very hard to be clever.  But Fuller at least is good with whimsy, and philosophical intrigue… so maybe his hand will bring to light the good story Gaiman himself just couldn’t crack.  As long as it doesn’t come at the expense of Hannibal, Fuller’s pedigree is enough to get me over my hatred of the source material, and give this show a shot.  Probably.