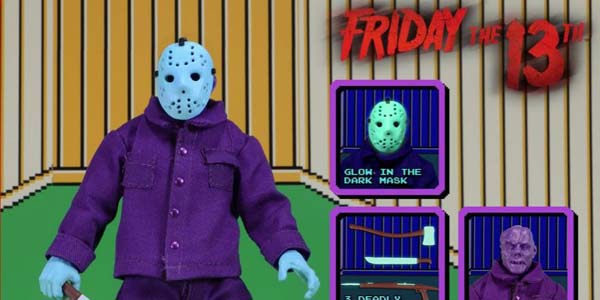 NECA has a big surprise for Friday the 13th fans… and it’s hitting Toys R Us right now!

Earlier today, NECA dropped a hint on Twitter that an un-announced surprise figure was hitting Toys R Us stores starting today, and it’s only taken a few hours for the toy’s identity to be revealed– the NES inspired “8-Bit” Jason Voorhees, in retro Mego style!

Like his all-plastic, Comic Con exclusive counterpart, this Jason features a glow in the dark mask and weapons, and his ridiculous in-game colorway, with a purple jumpsuit and bluish green hands, feet and mask.  I know the Mego style figures aren’t every collector’s bag, but I think this is a fantastic way for NECA to re-release this fun spin on the slasher.

Jason is packed on a cardback with some awesome artwork inspired by the notoriously awful NES video game, and he looks great in or out of the packaging.  I’ll be heading to the nearest TRU after work today to try my luck at finding one… If you do, be sure to Tweet @NECA_TOYS with the hastag #trujason to let them know! 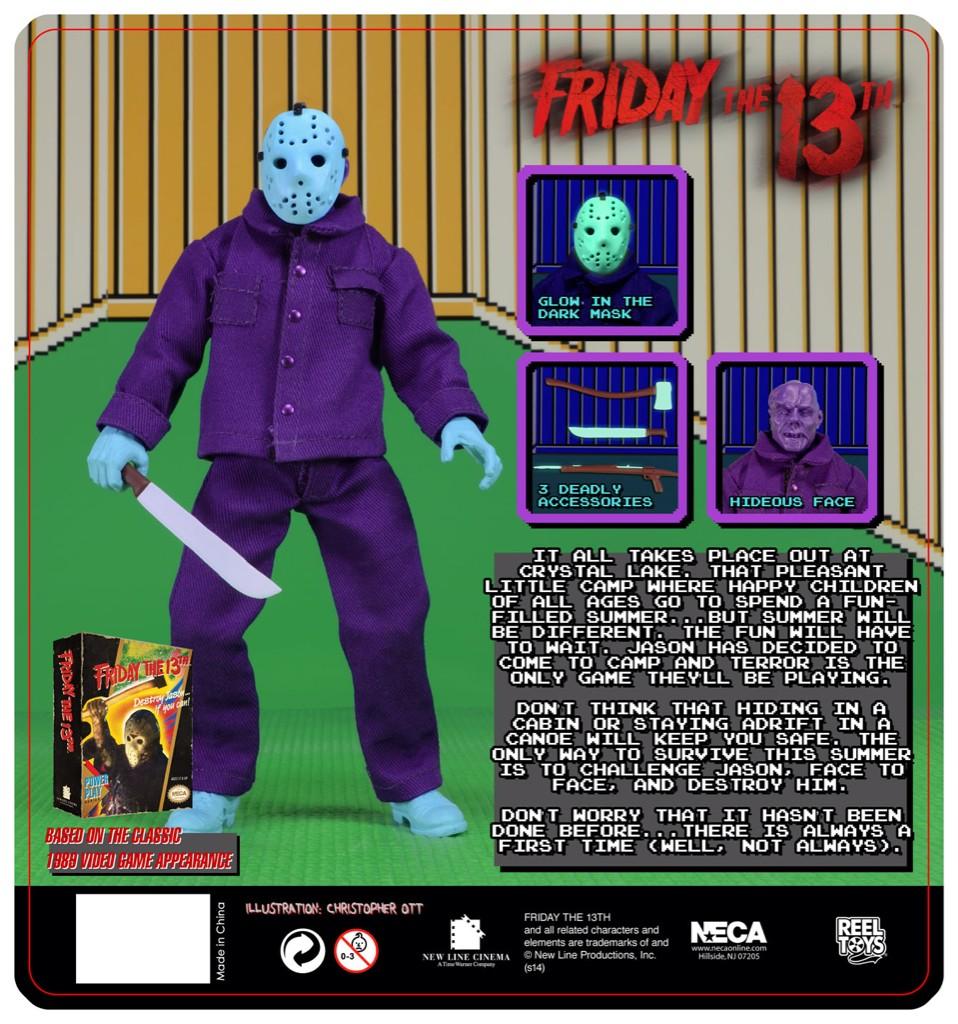