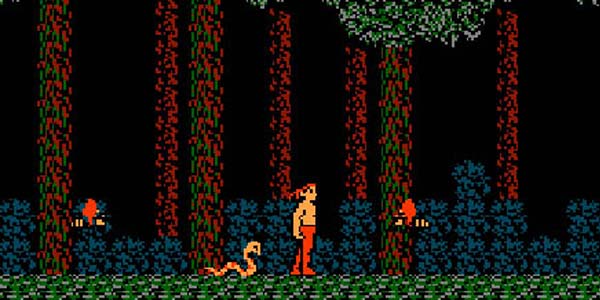 NECA kind of struck gold with their fun and completely bizarre NES-colored Jason Voorhees, and since that figure, they’re been steadily cranking out some great video game-inspired figures in their 8-Bit collection.  The latest reveal is John Rambo, rocking his bright red pants, as seen in the (quite awful) Acclaim video game for Nintendo (you can read more on that game here).

Unlike the dubious quality of the source material, NECA’s video game Rambo is awesome.  Aside from the obvious garish colorway matching Rambo’s pixellated look, the figure sports a highlight/ shaded look that matches other video game figures like RoboCop and the upcoming Rocky.  The new paint scheme breathes new life into the already impressive First Blood Part 2 figure sculpt, and one look at this guy reminds me how obvious it is that NECA have as much fun designing these figures as we have playing with them.

Rambo is slated to be released in early 2015, but 8-Bit fans can look forward to both Rocky and Michael Keaton Batman joining the line in the meantime. 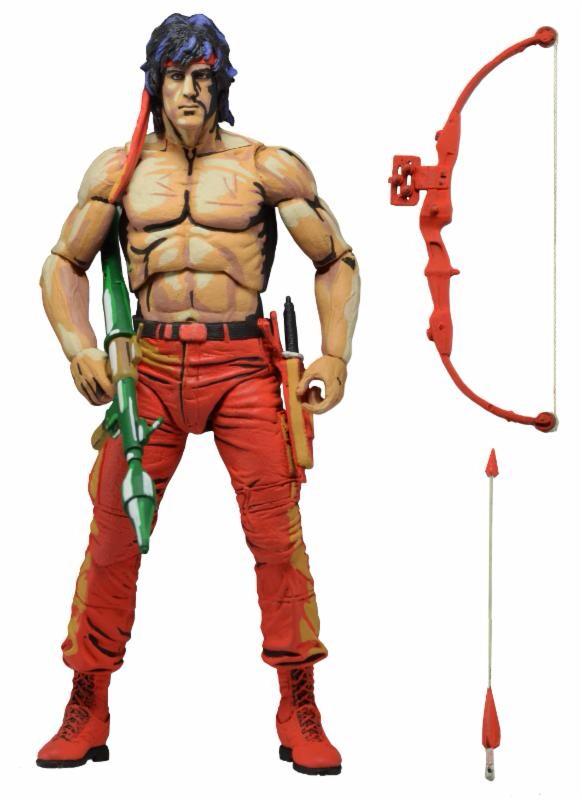