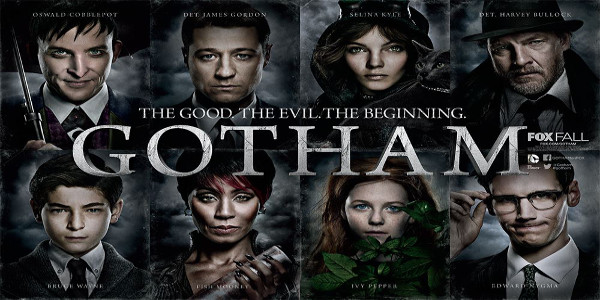 Gotham is coming to Netflix…. and it has not even aired yet.

Jeffrey R. Schlesinger, president of WBWTD commented in a statement today saying “While we typically license our programming country by country, we have licensed this very special series to Netflix on a multi-territory basis”. He Also Added “Netflix is a perfect home for Gotham following its initial broadcast in each respective country, giving Netflix subscribers the opportunity to catch-up prior to the new season, whether they’re already fans or discovering it for the first time”

This is unprecedented since it is the first time such a deal has been struck considering the show has not even aired yet. The deal entails 1.75 Million per season (The number seasons paid for is still undisclosed). This means Fox and Warner Bros. have a great deal of confidence in the show and that should come as good news for comic book fans.

“Gotham is the most anticipated new series of the fall season and we are thrilled to offer it to our members around the world. The Batman origin story is sure to have massive global appeal so it is fitting that, along with Warner Television, we have created a new model for distributing a show that international and domestic audiences will love.” said Ted Sarandos, Chief Content Officer at Netflix ,in a statement.

What do you think about this deal? Is WB/FOX being over confident? Leave your thoughts in the comments section!