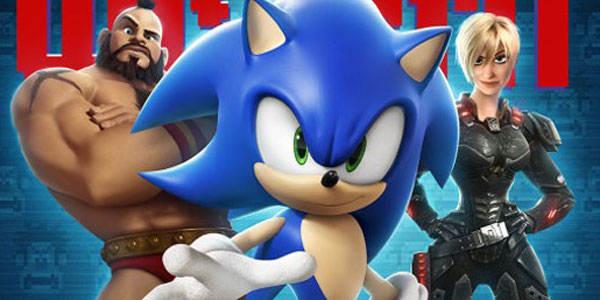 As we get closer to the November release of Wreck-It Ralph, I’m getting more and more hopeful this will really be something special. Disney seems like they’re getting behind the movie in a big way, with the marketing campaign kicking into full swing already, about six weeks out from the movie’s release.

The inclusion of so many licensed video game characters– from Sonic to Street Fighter– is an intriguing choice, and one that I really hope pays off the potential coolness the recent trailer hints at.  Ever since Looney Tunes’ “Sam and Ralph” series, I have been in love with the idea of seeing fictional characters when they’re “off camera,” and applying that same dynamic to a cavalcade of old school video game heroes and villains might be a stroke of entertaining genius.

However it plays out, I’m certain of one thing– Disney likely paid through the nose for the licensing rights, so it makes sense they’re getting as much mileage out of their already-famous co-stars as possible. It’s interesting that Ralph himself only appears in one of these four posters, and the original creations in the movie are taking a back seat across the board to let the likes of Sonic and M. Bison flex their marketing muscles.

Which poster is your favorite? 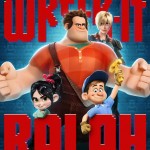 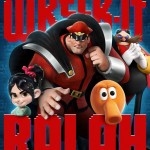 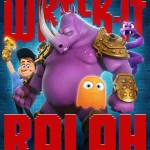 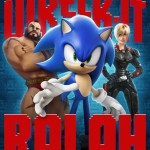