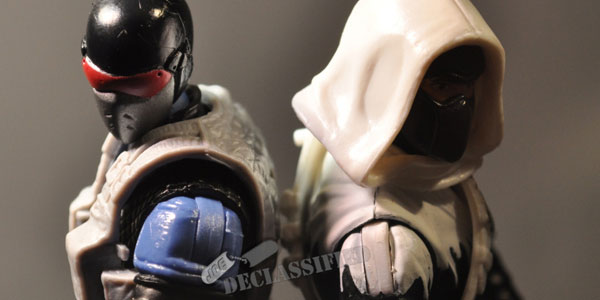 JoeDeclassified and ace GI Joe reporter Gyre-Viper uncovered some very cool looking new Joe figures recently, and while we won’t know how or when to expect these figures until Hasbro announces them officially, they’re pretty awesome. Check out the new GI Joe mystery images right here…

The new figures include some long fan-demanded variants of Snake Eyes (in his Battle Corps blue and black uniform) and Storm Shadow (in his black and white Ninja Force deco), along with an all-black Cobra Commander and modern Cobra Trooper, plus Shipwreck (looking pretty Resolute-inspired to me), and an unknown greenshirt using a cleaned up version of POC Dusty’s head. 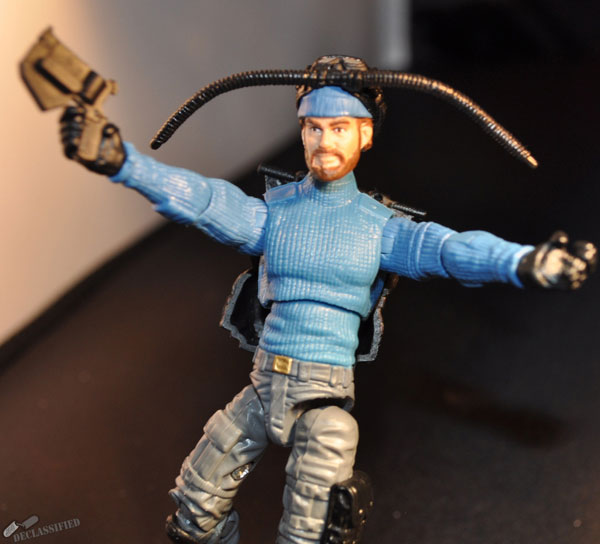 What’s really interesting about these figures is the image of a special card backer with Snake Eyes, sporting a cement grey background and a print of the Arishkage insignia on top. The figures, and the packaging, quite frankly look awesome and I am very much hoping to add these guys to my Joe and Cobra forces as soon as humanly possible. 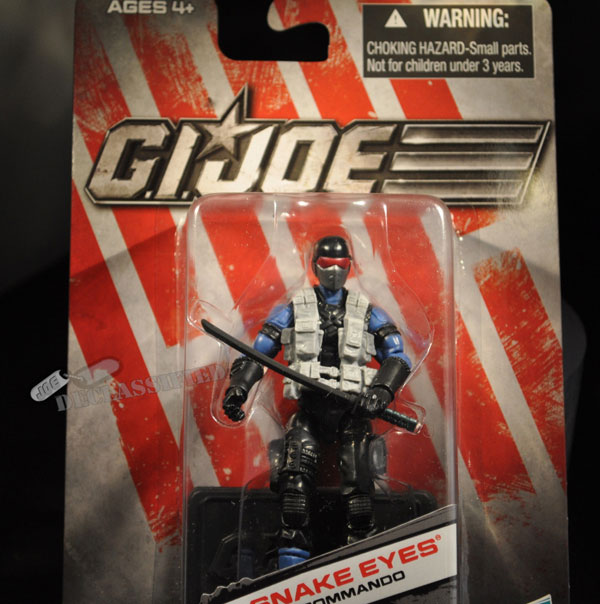 Of course, until Hasbro confirms what these mystery figures are all about, it’s all speculation. These could be abandoned test shots, an elaborate custom hoax… or they could very well be some of the Retaliation store exclusives Hasbro mentioned briefly at Toy Fair. My money’s on exclusives– with any luck we’ll know for sure sooner than later. Check out tons of photos at JoeDeclassified.com– CLICK HERE.