New DREDD Trailer Looks Good, But Is It Too Early To “Judge”? 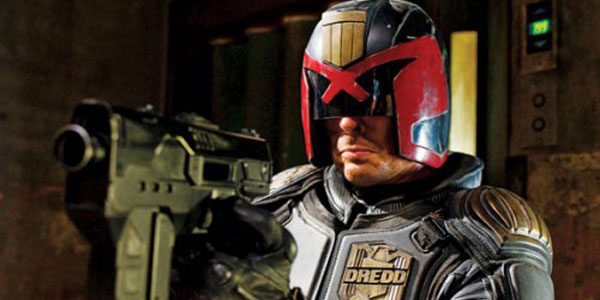 The first trailer for Dredd 3D (the awful name for the new Judge Dredd movie) has hit the web, giving us our first look at the new take on the classic UK comic… and Karl Urban as the Judge. Check it out…

I’m a little confused by the debut trailer for Judge Dredd. The original 2000 A.D. comic series was more Mad Max than Blade Runner, with a weird, post apocalyptic vibe that was way more out there (and visually interesting) than a standard dystopian future we see in glimpses in this trailer.  I’m hoping this trailer is the mainstream reel, and they’re saving the really crazy, comic series stuff for the fans at Comic Con. Folks like me would thrill at seeing amputees with one giant metal arm, grisly cyborgs and more over-the-top Judges (keep in mind, Dredd was one of the tamer judges in the comics)… I can see them not wanting to sell the weirder side of Dredd to the wider audience, so I’ll save most of my judgment (sorry) until after Comic Con.

What I can say is, I like what I see here.  While the world of this movie looks a little generic/ future-ish, Urban works surprisingly well as Dredd, the costume is spot-on perfect, and so far they seem to have stuck to their word that his helmet will stay on. The trailer suggest we’ll at least see a well crafted movie, with some excellent shots peppered in throughout the trailer, and, well, it will obviously be way better than this: