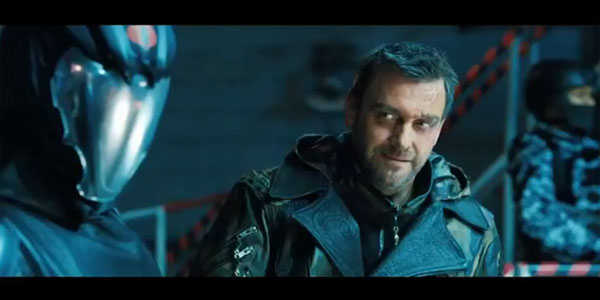 We’ve got just about two months left until GI Joe 2: Retaliation hits theaters, and I’m already increasingly impatient, thanks to the new trailer that debuted today. The new preview gives some more story details, lots of great looks at Cobra Commander and Firefly, and reveals of some pretty badass looking vehicles! Check it out after the jump…

I’m really loving every bit of marketing we’ve seen so far for the new GI Joe movie. In spite of my early doubts, it looks like Jon Chu may have really pulled this off– he’s got a great cast playing some total fan favorite characters (seriously, how cool is it seeing Ray Stevenson in costume as Firefly?!?), and the overall feel of this movie looks totally in-line with my beloved Larry Hama-based Marvel comic continuity– with a healthy dose of Renegades in the mix.  And we can now add to those good vibes a bunch of kickass vehicles in the grand Joe tradition– something Rise of Cobra was sorely lacking. We might have our first on-screen glimpse of the HISS Tank here, and we definitely get to see the Joe’s Tread Ripper in action… and it’s is awesome!

Director Jon Chu added some more coolness to the Joe media storm, as he tweeted the final character poster as a followup to last week’s 8-poster unveiling… and it’s my boy Flint! 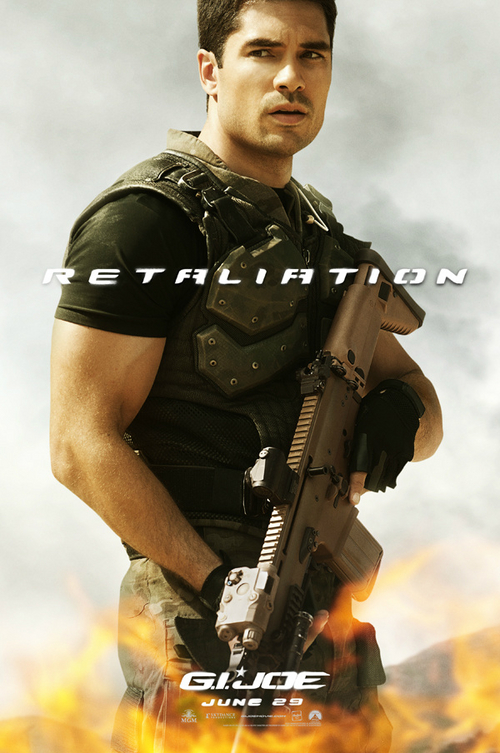 GI Joe Retaliation is looking like it could be an incredibly good time, and I’m starting to really build up my hopes that they will pull this one off… I mean c’mon– even the Ninja stuff looks super-cool– and coming from a devout anti-ninja Joe fan, that’s really saying something.