Best News of the Day: Mondo is Making Toys! 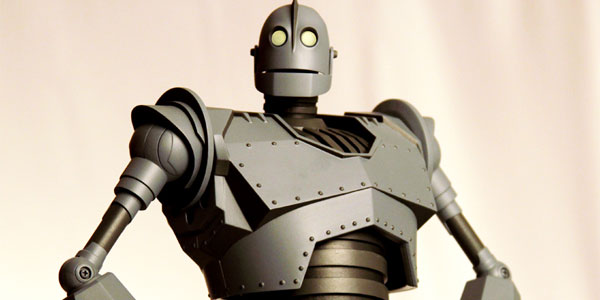 Actually, probably more like best news of the YEAR.

Mondo, the company known for creating the coolest movie art posters of all time, is expanding their horizons this year, with their first ever toys!  The diverse lineup of collectibles is incredibly cool– a 16″ Iron Giant!  A 12″ Alfred Hitchcock!  Ninja Turtles vinyl figures!– and they’re making their debut at Comic Con.

What I love about this lineup is how it plays to the same strengths that have made Mondo so universally adored– namely, a combination of fealty to the source material from truly iconic films, as well as fealty to the styles and sensibilities of the artists Mondo features.  I mean, just check out Lil’ Mikey below, as designed by Mike Mitchell… He’s not only cute and silly and fun, but perfectly in line with the artist’s previous work.

I’m impressed by the entire lineup of Mondo toys, but for my money there is nothing cooler than that showstopping Iron Giant.  He looks stunning– a perfect realization of the character, beautifully sculpted off the original character models from the film, fully articulated and packing all kinds of awesome accessories to guarantee he will be a blast to play with.

The concept of a 12″ Hitch, complete with a butcher knife and a seagull, which could stand next to my Sideshow GI Joe dolls is certainly not without its appeal, either.

So right now I’m in the median between super totally insanely excited, and very apprehensive, as Mondo has not yet revealed the prices of these figures. I can guarantee you they will not be very cheap, but I can also tell you, based on the posters I have picked up from these guys in the past, the quality will likely be first class, and they’ll be worth whatever price tag they get slapped with.

But seriously– I’ll sell a kidney for that Iron Giant, if I have to.  So awesome.

Mondo is doing toys! The launch of figures for The Iron Giant, Teenage Mutant Ninja Turtles and Alfred Hitchcock are Mondo’s first foray into toy collectibles, with the subjects and diversity of design reflecting Mondo’s unique passions. The initial offerings include replicas as well as toys from artist-based designs, which can be previewed at San Diego Comic-Con in Mondo’s booth (#835).

Toys join Mondo’s growing list of pop culture passions in posters, vinyl, gallery events, VHS and apparel. “I am so pumped to announce toys! We’ve been working on this in secrecy for a year and now it’s time to let you guys know about it. We’ll be focusing on existing properties that we love as well as working with artists to bring their own creations to life. This is a new area for us, but I resist the term ‘expansion’ since the goal for Mondo has always been to be a place where artists and designers can work to have their visions realized, whether that’s through posters, gallery shows, vinyl, apparel or now toys,” said Mondo CEO Justin Ishmael.

Celebrating its 15th anniversary, The Iron Giant has reaped praise as being among the greatest animated films ever made (recently ranked #7 on Time Out’s 100 Best Animated Movies list) and it was important for Mondo to honor the film with an appropriately stunning collectible.

The 16″ tall figure will have over 30 points of articulation, light features, and other fun surprises! Accompanying The Iron Giant will be a Hogarth figure, scraps of metal for him to munch on and a Seafood sign that has a removable “S” to put on his chest. He will also include an interchangeable head and gun attachment, giving a choice of displaying the figure as the regular version, or the “War” version! The figure was designed from the actual CG files used in the film, for ultimate accuracy.

The Iron Giant Bolt is a life-sized replica of the wayward flashing piece of The Iron Giant, as seen in the film. 6″ in length, with a flashing light feature, and authentic details from the film, it’s the perfect-sized piece to display at home, and to show that there’s always hope in the end. 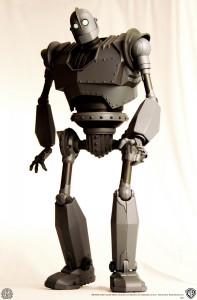 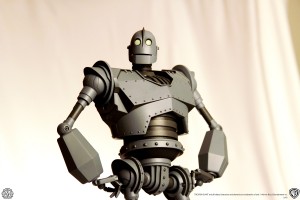 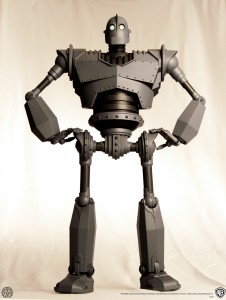 This vinyl figure is based off of Teenage Mutant Ninja Turtles creator Kevin Eastman’s very first drawing of a “Ninja Turtle,” which formed the basis of the popular comic. Struggling artists Kevin Eastman and Peter Laird came up with the Turtles in November 1983 while living in North Hampton, Massachusetts and the spark came from this drawing, which Eastman drew initially as a joke featuring a bi-pedal turtle with nunchucks and a mask. The figure stands 6″ tall, and features a classic black and white paint design, based on the original art!

This will be Mondo’s first toy based on a design from an artist that they work with frequently. Mike Mitchell has a series of pop culture characters called “Just Like Us” and this toy is based on his design in that series for Michelangelo. Turtle fans and people of a particular age will note the accuracy of the real TMNT ice cream on a popsicle stick.

The “Lil Mikey” figure reflects Mondo’s goal to have many of its toys based on artist designs in addition to replicas.

“If I had $5 when I was a kid, it was going to be spent on a ninja turtle figure. So much of my childhood was defined by TMNT, I watched every episode, I had the toys, the shirts, the games, the comics. I wish I could say “Lil Mikey” was a dream come true, but I never could have fathomed this happening. I am so extremely excited about this figure, and I can’t wait to show it off at SDCC,” said artist Mike Mitchell. 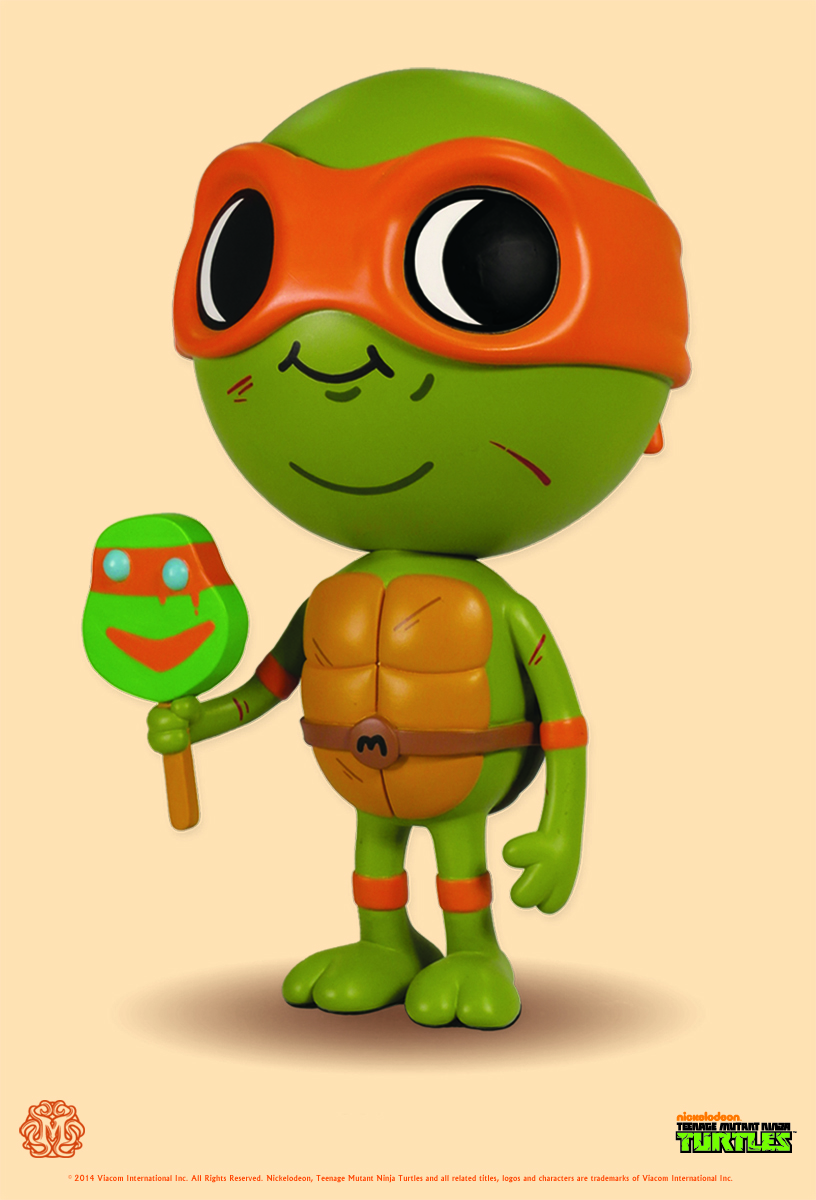 The worlds most famous director is immortalized in this 1/6 scale figure, which features an authentic likeness, his directors chair, clapboard, cigars, as well as props from his most famous films- a butcher knife, a raven, and a seagull! He also features a fine-tailored suit, several interchangeable hands, and a figure stand.

Pricing and pre-order information for all toys will be announced at a later date. Follow @MondoNews for updates.