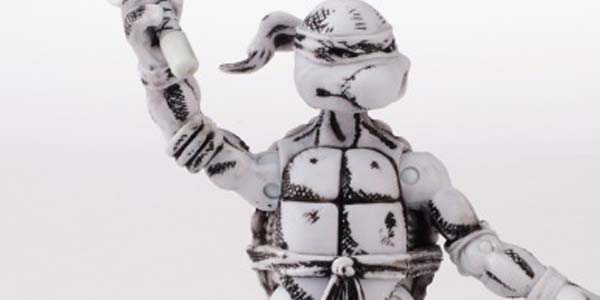 It seems like Nickelodeon grows their presence every year at Comic Con, and this year will be no exception.  Not only will they be offering some killer Teenage Mutant Ninja Turtles exclusives (see below), but they will be hosting panels for four of their shows, spotlighting some cool interactive features for Con attendees, and even accepting pitches for animated series on site at the show!

I think this is one of the more ambitious amounts of stuff I’ve ever heard of at a single booth on the Con floor… hopefully all these arms and legs won’t cause a huge traffic jam and cartoon showrunner hopefuls vie for space with some dork trying to score a Mirage style Raphael action figure (e.g. me, if I were going to Comic Con).

Here’s the scoop on Nickelodeon’s features, panels and everything else going on:

For the first time, Nickelodeon will hold an open call during the convention for original animated project ideas.  Nick’s animation development team will be on-site from Thursday, July 24, to Saturday, July 26, with the goal of greenlighting a pitch for its global Animated Shorts Program, which is designed to identify and develop original comedy-driven content for kids. Participants must register in advance for their one-on-one meetings and will have 15 minutes to pitch their idea. Guidelines, restrictions, and pre-registration information are available at www.nickshortspitches.com.

Nickelodeon’s booth will also feature fan activations that include a voice-record room where fans can lend their own vocal talents to select scenes from their favorite Nick TV shows; a GIF Booth; a fan-art competition; and autograph signings with Tom Kenny (SpongeBob SquarePants), Sean Astin (Teenage Mutant Ninja Turtles), Janet Varney (The Legend of Korra) and more.

But that’s not all– Nick will also be selling a variety of TMNT related exclusives at their booth, as well.  Everyone from Funko to Playmates to Kid Robot will be providing very cool collectibles for the Ninja Turtle fans at the show.  I kind of love the hyper stylized Bebop and Rocksteady from Kid Robot, but that black and white Raphael from Playmates is stunning, one of the best looking figures I’ve ever seen from the toymakers.

Here’s a look at all the TMNT exclusives at Nickelodeon’s booth: 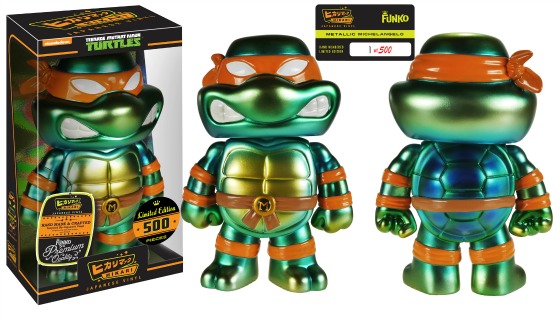 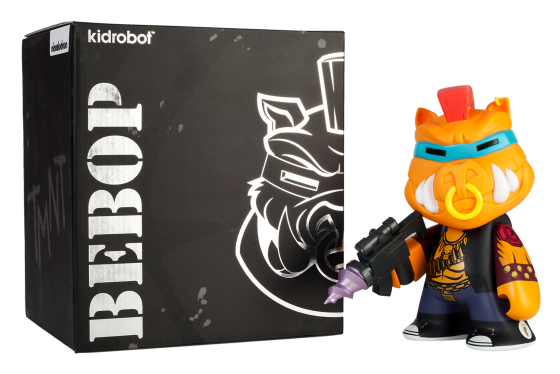 Mutated to gain strength and ability to fight the Ninja Turtles, Bebop is a warthog humanoid street thug known for his stupidity. This 7-inch mutated vinyl comes with mohawk, glasses, and turtle shell drill. The unique color combination is used only at conventions! 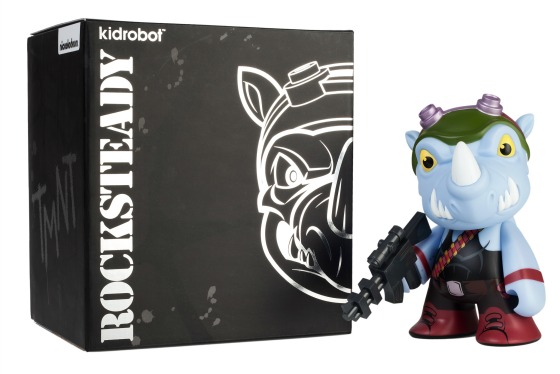 KidRobot Rocksteady figure
Mutated to gain strength and ability to fight the Ninja Turtles, Rocksteady is a rhino humanoid street thug known for his stupidity. This 7-inch mutated vinyl comes with classic cargos, goggles, and machine gun. The unique color combination is used only at conventions! 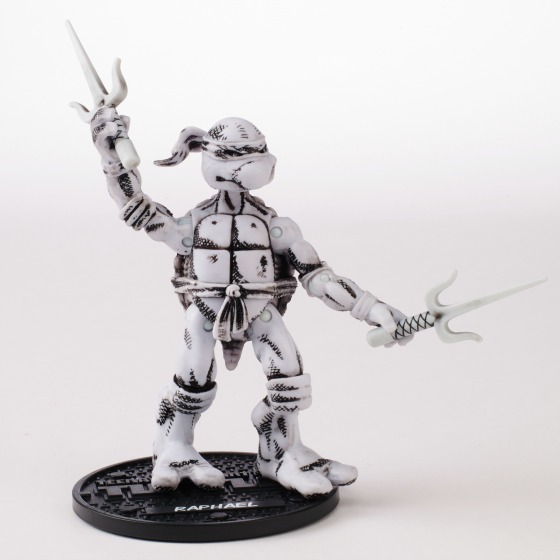 The new Teenage Mutant Ninja Turtles 2014 Comic Con Exclusive from Nickelodeon and Playmates Toys is a 4.5” tall action figure of Raphael based on how he appeared in the original 1984 Comic Book by Kevin Eastman and Peter Laird.  Raphael will be highly detailed, fully articulated, come uniquely decorated in classic comic book black and white and include his signature twin sais weapons.  He will come packed out with his own signature sewer lid base and be packaged in a limited edition, highly collectible, closed box package featuring his bio and comic book history. The exclusive figure will be available for purchase at the Nickelodeon booth during the show.