Sleeping Dogs Takes On the Horror Genre with New DLC 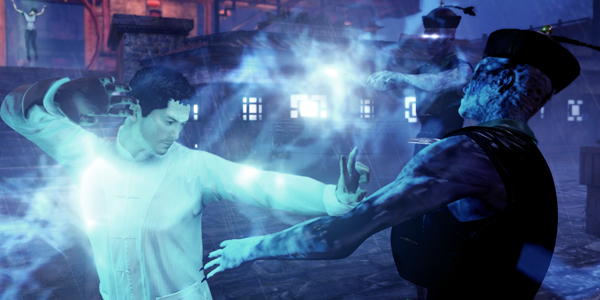 United Front Games wishes gamers a Happy Halloween with the release of the ghoulish new “Nightmare in North Point” downloadable episode for Sleeping Dogs.  Resuming the role of Wei Shen, this DLC pack places you back into the familiar streets of Hong Kong, now with 100% more ghosts.

While the main campaign of Sleeping Dogs served to tell Wei’s intense story in a fashion that beautifully emulated classic Hong Kong cinema, Nightmare in North Point is a fun romp, steeped in Chinese ghost lore, that never takes itself too seriously.  As a possible homage to Michael Jackson’s Thriller video, the episode begins as Wei and his girlfriend (still referred to as Not Ping) exit a theater after having watched a scary movie, just as all hell begins to break loose outside.  The specter of Big Scar Wu, a Son On Yee gangster in life, appears from thin air to kidnap Not Ping and taunt Wei into giving chase.  Adorned in a spooky cat mask, you learn that the overly egotistical and ambitious Wu was ordered killed by Triad Chairman Uncle Po.  After being stabbed dozens of times, his body was thrown into the grinder at the Smiley Cat factory and processed into cat food, earning him the nickname “Smiley Cat” posthumously. 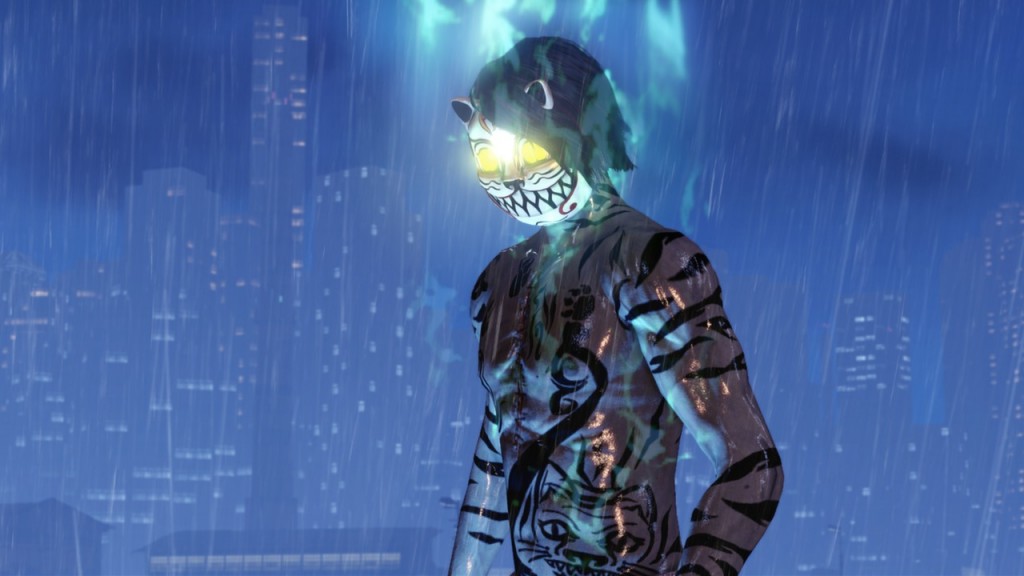 You soon discover that nearly every citizen in North Point has been possessed as they shamble menacingly towards you like glowing zombies.  In addition, the city seems to be overrun with Jiang Shi, the Chinese take on vampires, who hop around in a creepy fashion and will inflict nasty damage by sinking their teeth into your neck if they’re able to grab you.  If this new cast of ghastly villains wasn’t enough, elite ghouls will occasionally join the fray and require you to build up your face meter before you are able to inflict damage.  This meter has actually been replaced from the main campaign with a new glowing bar which you obtain after tracking down the ingredients for and drinking a special tea recipe designed to help Wei battle the undead.  Once the meter is built up adequately by landing hits and combo moves on foes, Wei’s hands begin to emanate a ghostly light and he is able to deal massive damage and even carry out a new finishing move symbolizing a Taoist exorcism.  Throw in a few new ways to kill your foes by way of the fire barrel prop or bamboo sword, and you have a super fun and surprisingly fresh way to blow a few hours. 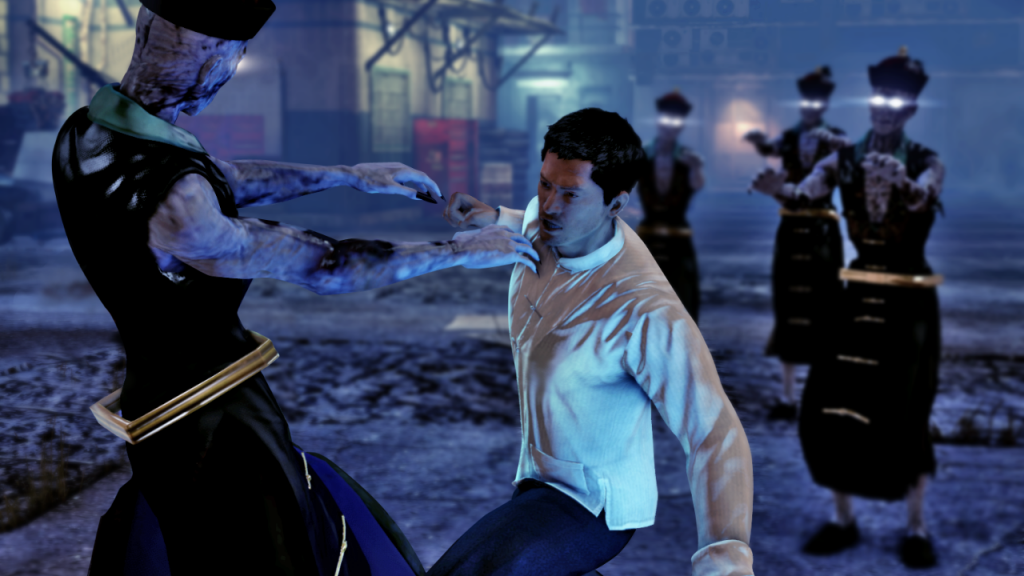 Yes, unfortunately the story that Nightmare in North Point offers will only last about two hours (with another hour or so worth of content if you are an achievement/trophy hunter trying to hit gold status in every challenge), but for the price of admission, you get a hugely enjoyable mission pack that takes place in the foggy, haunted North Point streets – there are even some familiar characters who were killed off during Sleeping Dogs’ storyline who return here as vengeful spirits.  If you had fun putting Dog Eyes down in the campaign, you now get to burn that bastard’s soul. 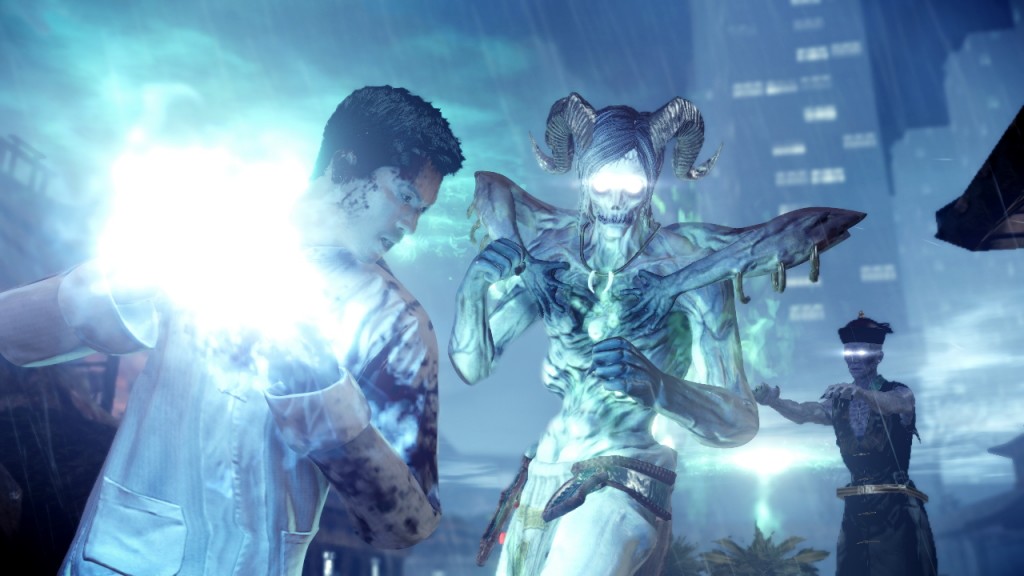 As this is presented as a completely separate episode with its own save file in the main menu, Wei will not have access to the host of unlocked goodies that you may have accrued in the main story, but you will be able to unlock some cool new items and outfits in addition to seeking out the new money shrine collectibles.  There is even a new mechanic in place that sees Jiang Shi spawning endlessly around a portal until you are able to throw enough of them through to close it before dealing with the remaining stragglers.  So, while it’s a bit thin on content compared to the vastness of the original game, it does offer some cool new features and a great new creepy aesthetic.  It’s also priced reasonably at only around five bucks on either PS3 or Xbox 360 which, I think, is absolutely worth it.  I’ve been looking forward to dishing out some demonic justice with Wei Shen since the trailer was debuted at New York Comic Con a few weeks ago, and it didn’t disappoint.  The B-movie horror vibe is as quirky as it is bizarre, with some great nods to the classics – the Nightmare in North Point DLC serves as a fantastic supplement to one of the most badass games of the year.