Is Nightwing Coming to Starling City? 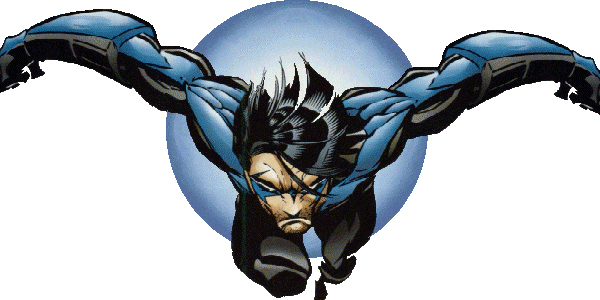 The rumor mill is churning out a lot of Nightwing talk this month. The newest rumor is Nightwing might make an appearance on the CW’s Arrow, but can it really happen?

All the rumors about Nightwing on Arrow have been spinning out of Twitter. Actor Steven R. McQueen have been tweeting about his love for the character and that he has met with the Arrow team about superheroes.

There are plenty of Arrow connections to Nightwing in only 2 seasons of Arrow. Deadshot was hanging out in Nightwing’s city of Bludhaven, and Walter was being held in there in season 1. Roy Harper and Dick Grayson were friends in the books, and the new H.I.V.E. mention could bring in a Titans connection. With the Flash getting his own show Dick could also guest star there having another Titans connection with Barry’s family. And the League of Assassins has been introduced, including leader Ra’s Al Ghul, a huge connection to the Batman world.

Right now all this is rumor and an actor wanting to play part on a show. And even though he looks the part there is nothing but tweets keeping this alive right now. There has been no official announcements from the CW about bringing in Nightwing. Before any fans get to excited there are a few issues with bringing him into the show.

Nightwing, formerly Robin, is one of the first Super Heroes in comics and one of my personal favorites, so anyway to work him into TV is movies is fine with me.  So what do you think should they bring in Nightwing?