Nightwing is Ready to Lead 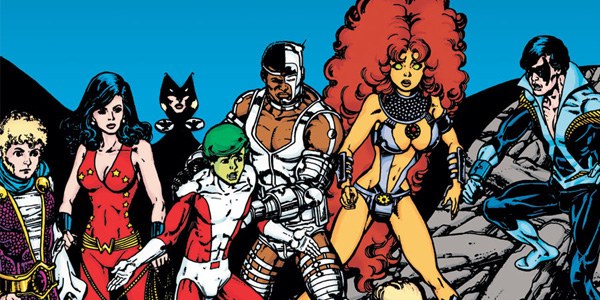 The latest hero to get a TV pilot might be the former Boy Wonder, Dick Grayson.

This fall there will be four DC Comics shows on TV, and it looks like next year there might be even more. Dick Grayson, the original Boy Wonder, is set to lead a team of heroes on TNT next year in a Titans centered show. The show will track the change from Robin to Nightwing for Grayson, and his role as leader of the Titans. It is unclear right now which incarnation of the team will start the show, but there are many young heroes to pull from in the DCU.

The team has had a few runs on TV in the past in animated form, the most popular with fans was the more serious Teen Titans that aired on Cartoon Network a few years ago. The show was able to use both the teen heroes and their mentors, something this new show will most likely not be able to do. Which brings up the question, can the show work without the larger DCU connections. Something similar was tried with Birds of Prey, but without the bigger DC world the show failed. DC has been much more open with their heroes as of late, but this show, with Grayson as the lead, would require the big names to be part of it in some way, something DC has not allowed in the past. Add in the fact that CW’s Arrow and Flash both have key members of the Titans team on their shows, and it makes this new show a little less likely to do the team justice.

So what do you think? Titans on TNT, a good idea?