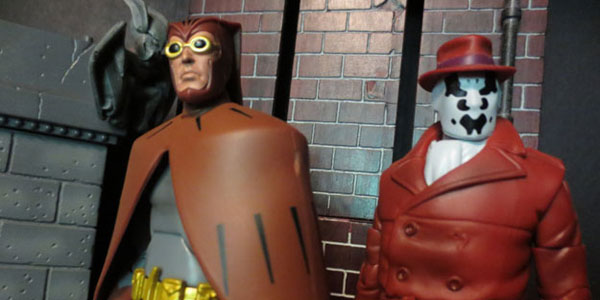 The Club Black Freighter toy line, which will see the release of all six core Watchmen characters in the style of Mattel’s DC Universe, has been one of the finest toy lines of 2013, and Nite Owl is the latest figure to join the collection.  Daniel Dreiberg is realized in another finely sculpted 6″ action figure, who looks just as great as his Minutemen colleagues… although he suffers from some design shortcomings that were quite possibly unavoidable.

Let’s start with what’s good– the vigilante’s sculpt is nothing short of incredible.  From the all new portrait to the new, more realistic musculature of the torso and the wrap-around wing-like cape, Nite Owl is a great looking figure.  He features a very strong color pallet, with the matte grey and brown costume offset very well by the metallic gold of his goggles and belt.  And his cape and cowl are accented with some deep black pattern lines, which translate his on-page costume brilliantly. 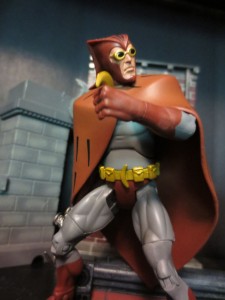 Nite Owl includes a grappling hook gun and three boomerangs, which he can hold quite well.  I would have loved to see a place to store the extras on his belt, but I’m happy enough having him brandish them one at a time.  The figure’s new torso, while lacking the beer gut of modern-day Dan, is still very much more believable and less defined than most hero bodies, which is a welcome sight.  I wish this body had been developed earlier, as it would have been an eve better fit for the Golden Age Batman released a few years back.

The downside of the figure comes from his very design, and I am not sure if there would have been a way to work around these issues without compromising the character’s iconic look.  The big one is the cape– while it looks great, and the material is quite pliable, the way it wraps around Nite Owl’s shoulders and arms still limits their range to practically nothing.  he can bend his elbows and swivel his wrists, but the ball joints at his shoulder are rendered almost entirely useless, unless you force the whole cape up and over his arms, making it balloon out.  Being faithful to the design, I don’t think this is an issue that could be handled any better, though, unless Dan came with a cloth cape.  At least on my figure, the style of the belt– while looking fantastic– also renders his waist completely locked in place.  I’d be very curious to know if I just got a dud or if every Nite Owl is fused at the waist swivel.

Still, these restrictions non-withstanding, Nite Owl looks amazing next to Rorschach, Silk Spectre and Dr. Manhattan– I cannot think of another team Mattel has tackled that looks this uniform, this well sculpted and this perfectly executed in their entire history with the DC Universe… even with a less than fully poseable Nite Owl, I’m very stoked to see the line end strong with The Comedian and Ozymandias.

Check out pictures of Nite Owl below… and Click Here to get all the details on how to sign up for the 2014 DC Club Infinite Earths subscription! 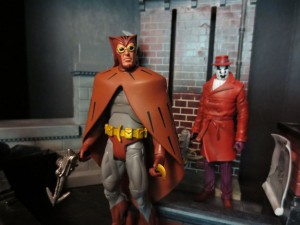 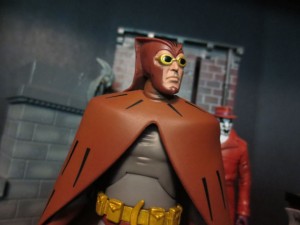 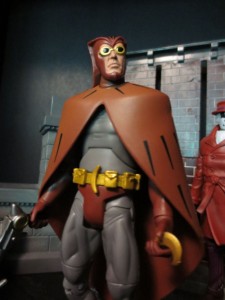 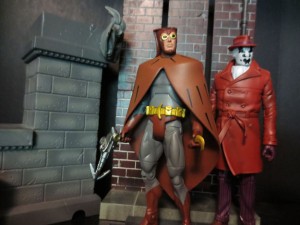 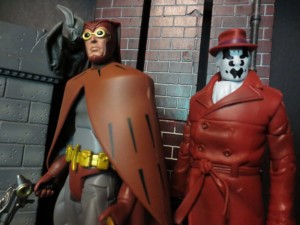 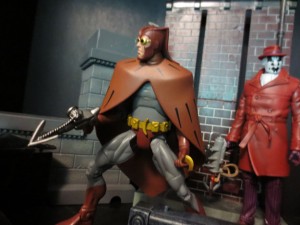 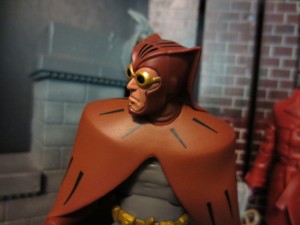 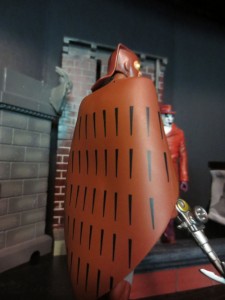 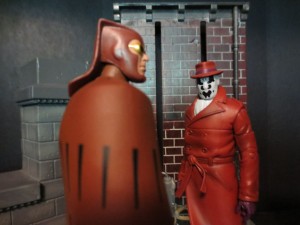 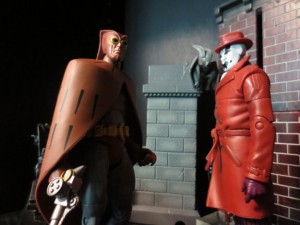 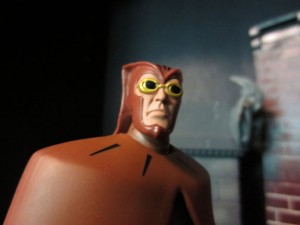 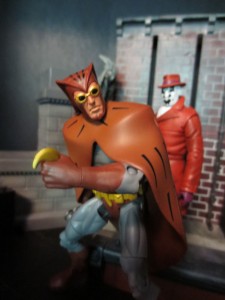 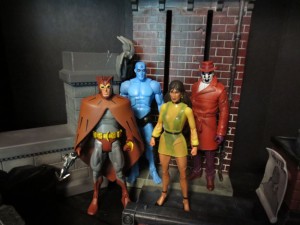 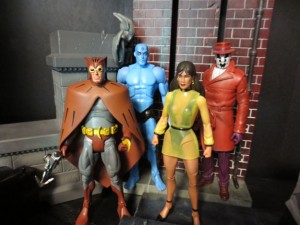