Nova Could Be in Guardians of the Galaxy 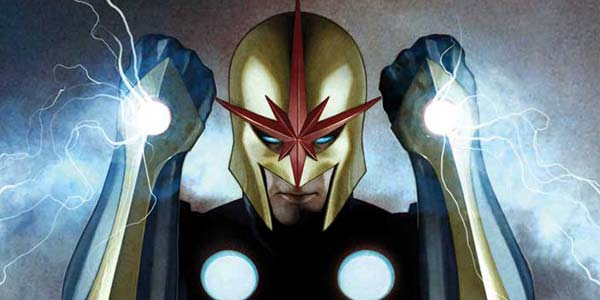 …and they might have cast the PERFECT guy for the role.

The latest word from the oft-reliable Latino Review says Richard Ryder will have a small role in Marvel’s upcoming Guardians of the Galaxy.  For those who don’t know, Ryder is the Nova Corps member from Earth, probably the best known of the intergalactic cops for those who follow Marvel’s cosmic comics.  So this is awesome news.

What’s even BETTER news is, LR is reporting the actor playing Ryder is utterly perfect– Nathan Fillion.  Fillion, of course, has always screamed super-hero, with his charmingly cocky attitude, classically handsome looks and overall sense of cool.  Sure, he’s getting a little older now, but I’m confident he can still kick ass plenty well, especially since the Nova Corps of Marvel’s movie universe seem a little less traditionally super hero-y.

This rumor makes a ton of sense– Guardians director James Gunn is tight with Fillion, having worked with him on Slither and Super in the past.  Gunn is one of those directors who has his stable of actors, so I was honestly a little surprised to see Captain Mal not revealed until now.  And of course, Fillion was the fan choice to play Green Lantern for years, and since the Nova Corps is basically Marvel’s equivalent to the Lanterns, this feels like some long overdue fan service, in a cool, meta kind of way.

If this is true, I couldn’t be happier… even if the cat is out of the bag.  By holding off on the reveal for this long, I can only assume Marvel and Gunn wanted to keep this cameo a secret when Guardians opens in August.  Since word got out, I’m hoping we get an official confirmation sooner than that, but if this is legit, they’ve somehow left me even MORE excited to see this movie.