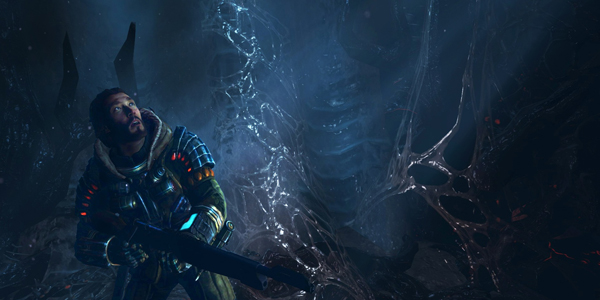 Kicking things off was a discussion on Lost Planet 3.  The latest addition to the series will be coming to Xbox 360, PlayStation 3 and Windows PC in early 2013 and, thankfully, it looks quite promising.  The first Lost Planet was a fantastic title but the franchise faltered with a bland sequel that veered too far from the original’s story-driven formula.  Capcom aims to set things right in part three by bringing the series back to its roots and handing over the reins to USA-based developer, Spark Unlimited.  The “extreme conditions” from Lost Planet’s tagline are back and more punishing than ever.  After all (for people who have followed the story), in this prequel to LP1, Neo-Venus Construction (NEVEC) has not yet come to power and is still in the process of making the planet E.D.N. III habitable by installing thermal fixtures.  In Lost Planet 3, players take control of Jim, a rig pilot under contract with NEVEC to help mine the planet, develop the land, and prepare it for colonization.  Not all is as it seems though and, over the course of his adventure, Jim will discover hidden truths about E.D.N. III’s history and reveal the dark secrets of his employer that tie directly into the first game’s narrative. 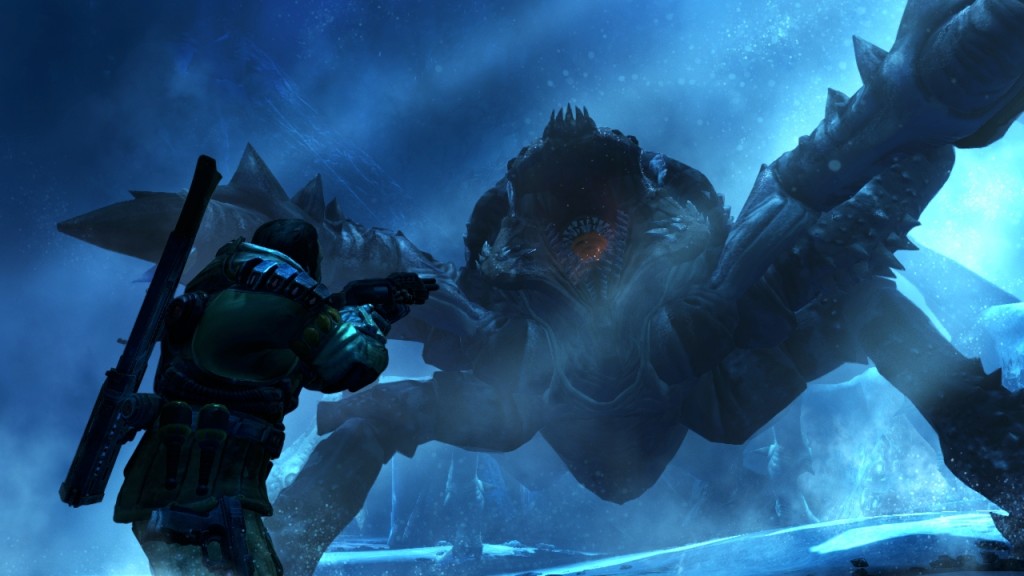 Despite Spark’s less-than-stellar track record, I must say that they won me over by the time they wrapped up their presentation.  The visuals look amazing, with ominous monster designs, varied locations, and a great atmospheric aesthetic that really showcases the desolation of the icy backdrop.  Thanks to Spark Unlimited’s use of 3D photography, all the characters that appear in game look and behave with exceptional realism – this is because the scenes were fully played out by professional actors who have been painstakingly motion captured, right down to the subtlest facial movement.  This is a massive improvement over the series’ first entry, which featured stiff character movement and voice acting so wooden and unnatural, you’d swear it was directed by George Lucas. 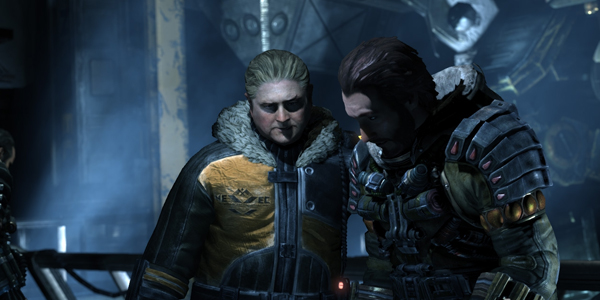 Equally exciting were the action sequences, which saw Jim fighting several variations of the returning Akrid. There is now an optional cover system that can be used for an added bit of strategy as well as a new “struggle mode” that sees Jim trying to fight his way out of enemy clutches after being pinned down or grabbed.  Although this resembles a quick time event to spectators, the Spark dev advised us that, while in this mode, you still have full aiming control and must target specific areas in order to progress.  This is a welcome change from Capcom’s recent Resident Evil 6, which calls for near-constant contextual button tapping. 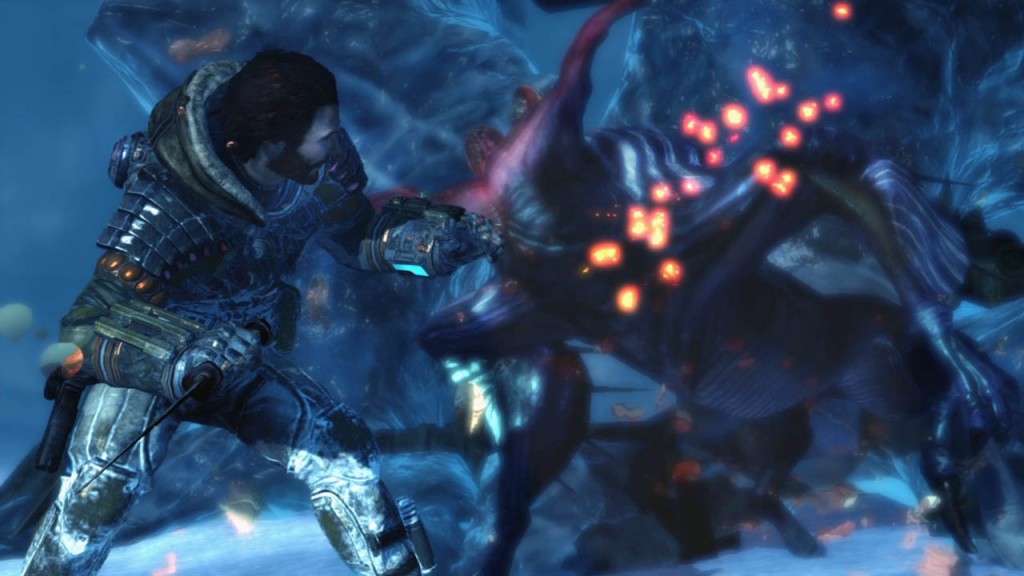 We also got to see the game’s first “boss” encounter in the form of a “Spinner Akrid” as an enormous scorpion-like monster suddenly erupts from the frozen ground during the tail end of a mission.  Similar to previous installments, Akrid have one or more weak points in the form of glowing orange orbs, pulsing with thermal energy.  Shooting this weak point enough will cause the Spinner to temporarily retreat, allowing Jim to scramble towards his rig, which looks like a loving homage to Aliens’ power loader, and prepare for round two as the perspective changes to a first-person view while he straps himself in.  Now, there are no weapons on your rig as NEVEC is not yet militarized and the suit is only used for excavation purposes, so Jim must make use of the drilling arm to further damage his foe’s weak spot until it eventually submits.  This and other Akrid still drop thermal energy once defeated, which can be used as in-game currency for upgrades. 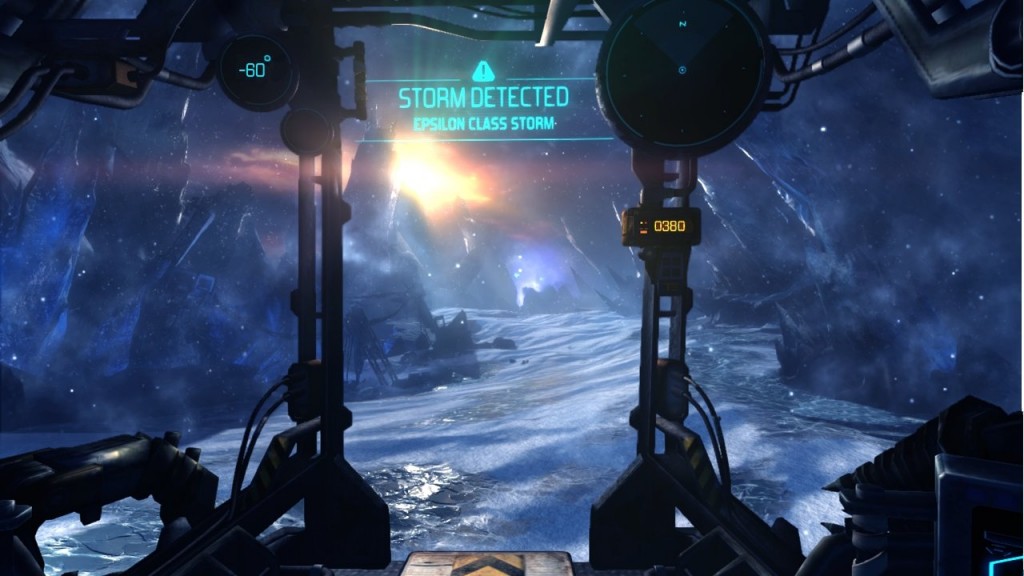 Although we didn’t see any footage of the multiplayer gametypes, we were assured Lost Planet 3 would host several online modes – although the single-player story was the main focus.  With a game like this, I tend to agree that the central narrative should be the focus and this is where Lost Planet 2 misstepped, substituting cheap co-op grindfests in place of a meaningful story.  Keep an eye out for this one in 2013.