NYCC 2012: Mattypalooza Gives Lots Of He-Man, Not Much Else 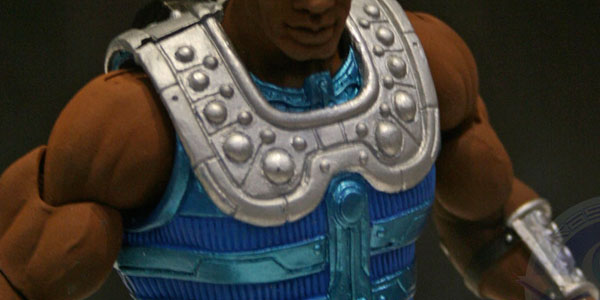 The Mattypalooza panel from NYCC was riding off a few highs from Power Con featuring another New Adventures character, a female Horde member, another Snake Man, and the Ultimate Castle Grayskull announcement. It had big shoes to fill. Fans waited for a few new scant reveals in the panel, something not premiered at the Mattel booth. 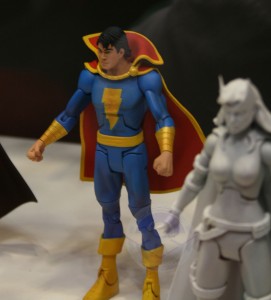 While fans were excited about the additional ranks of the Masters of the Universe and the layout of Sorceress’ impressive dwelling, Masters of the Universe Classics cast a very dark shadow over the rest of the Matty Collector offerings. After the astounding reveal in September about a Castle Grayskull pre-order, attendees and folks on the internet were wondering what the design specs would look like. The B-sheet revealed showed a three-level castle towering over 25 inches. It has several amazing and familiar features, including Sorceress’ throne room, an alternative location to the orb of power that comes with King Grayskull, a location for integrating the Wind Raider into the display, removable minaret, two secret entrances, a ladder leading to rooftop battle, the classic trap door, and other proposed features. This is, of course, in the early stages. Any or all (or none) of these features may make it into the final display. While it’s quite a big question mark what makes the cut, knowing the Four Horsemen are on the job, it is sure to be the crown jewel in any modern collection. This is easily the best playset in the last two decades, if I may be so prejudiced. Preorder before the November 12th deadline folks! 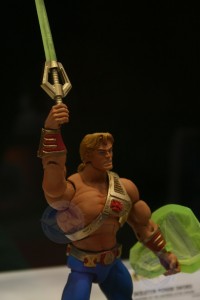 Two additional Masters of the Universe were unveiled at the show. The July figure will be Man-At-Arm’s murderer/successor Clamp Champ, as hinted at last month. He is not a Fisto repaint as many expected. His armor is all new, with a different back to it, meant to house his clamp weapon, I assume. He comes with his signature clamp and 200x station clamp. Many hope they articulate in some way. His head is very detailed, and joining Frosta, Fisto, and Bow, his features are VERY strong. Some folks may worry that it almost rides into caricature territory, but I think he looks fantastic. He’s like John Cena with respect to his facial features: very strong, very larger than life. It certainly stands out yet fits in well with Eric Treadway’s numerous contributions. Clamp Champ does that for me. He was a very colorful addition.

The other reveal was equally welcome, but left some fans wanting just a little bit more. New Adventures He-man was the $25 variant. On the surface it’s yet another He-Man variant. However, he has many things going for him. First, He-man can finally hold his sword aloft with new wrist articulation in his right hand! Fans will be getting their blow dryers ready. Expect MANY hand swaps to come from customizers. Also, Mattel abandoned the “classicized” aesthetic and let He-Man have his 90’s ponytail, something they didn’t seem keen on doing in years past. This is the most visually-different He-Man to date. He has the signature harness, sword, and shield, with the signature red cross adorning the chestplate. Some might question that choice, but I personally champion it. It brings him more into this Classics universe, though I empathize with those championing accuracy. Other minuses are the utter lack of accessories. The original NA He-Man had body armor and a helmet. Perhaps we can expect these items in a future weapons pack.

After He-Man… that was it. It went straight to Q&A’s and folks sitting around me were visibly frustrated that nothing was to be said outside of He-Man. Sure, there were some points made and questions answered. Mattel SKUs allowable for MOTUC in a year incorporate con-exclusives, so fans wanting Power Con SETS may want to have their voices heard. Princess of Power or New Adventures would NOT be sustainable as its own subscription, and needs to be in the Classics line to survive. Snake Mountain, if they do it, will borrow more design elements from Filmation. Variants of characters may take a back seat to characters unmade like Two-Bad. 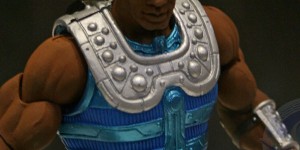 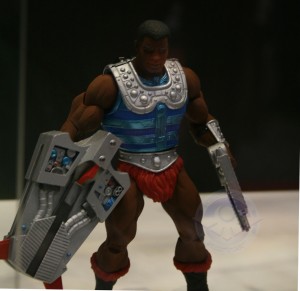 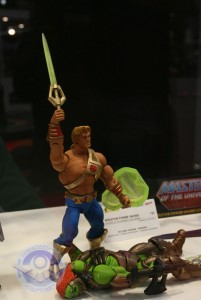 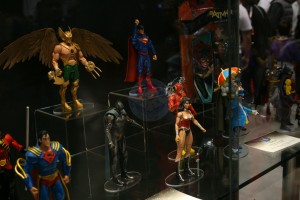 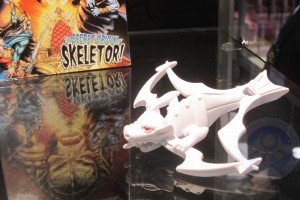 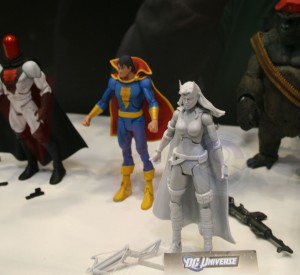 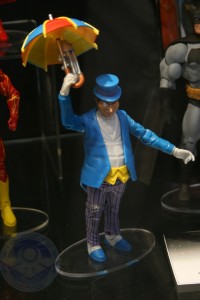 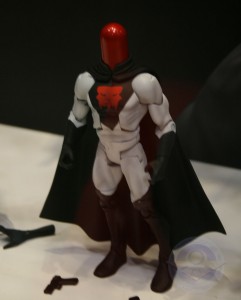 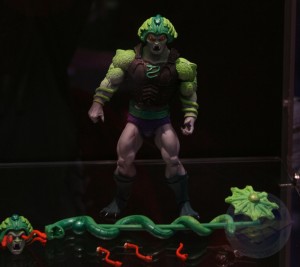 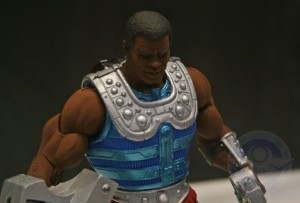 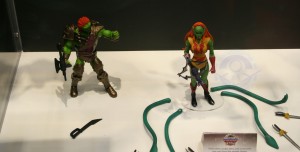 While these were all good questions I wanted answered personally, what was sad was the utter lack of content for Mattycollector’s other brands. Outside of the booth reveals, there was ZERO mention of DC, Ghostbusters, Voltron or Watchmen. DC subs are down, hence why SKUs are down, but Mattycollector was not right in focusing on MOTUC. I was there purely for He-Man myself, but I couldn’t help but feel for those folks who were cheated out of new news of their favorite brands. It wasn’t a Matty Collector panel, it was a He-Man panel.

For a company that is trying to win back collectors who walked away from their countless subscription issues, this lack of attention to their other properties over their baby Masters of the Universe can’t be seen as a good thing. It was fantastic to see Captain Marvel Jr and Huntress in the case, but nothing to say about DC, Watchmen, WWE, or Voltron at the panel wasted a lot of people’s precious time. Many of my friends came down JUST to see that panel. To spend that kind of money and see no updates in the panel hurt them. As a GI Joe fan, I know what it feels like when the toy company seem to go the extra mile for one property over another (Star Wars). I love my Masters, but Matty needs to show that are as amped about their other offerings, too. For me it was a conflicting end to an impressive He-Man showing. I am full of excitement, but I feel guilty for my fellow subscribers.

Mattel on the Floor at NYCC