NYCC 2013: Archer Shakes Up Everything In Season 5 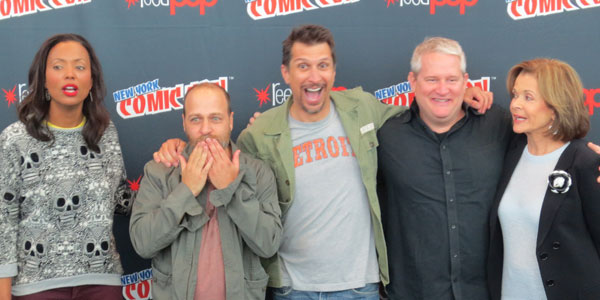 The upcoming new season sends  Archer head-first into the Danger Zone, and I cannot wait!

If you thought Lana revealing she’s pregnant in the Season 4 finale of Archer was gonna be a game-changer, you ain’t seen nothing yet.  At their panel at NYCC, the cast and creator Adam Reed screened the Season 5 premiere, which shakes up the status quo of the series in BIG, shocking and seemingly irreversible ways.  It’s also funny as hell, and filled with more manic energy than virtually any other 22 minutes of television I’ve seen all year.

I’m skating a fine line here, because while it’s tough to talk too much about the panel and the screening, half the fun of the fantastic premiere lives in the reveals, twists and shocks that transport our ISIS team from unsanctioned secret agents to… somewhere entirely different.

Without giving too much away, I can say this– Adam Reed confirmed guest voices this season including Gary Cole (as an FBI agent) and the return of Ron Perlman… as well as Christian Slater.  And while the ISIS team hard reboots their lives– with Lana still increasingly preggos and in probably a more hostile environment than ever– Cheryl gets the best new job to add to her bizarre resume and our hero, as Reed riffed on Breaking Bad, may get to go from Sterling Archer to Scarface.

The shakeup is Reed’s attempt to “Breathe new life into the show and see if people still watch it,” and I can honestly say it’s a ballsy change of pace that sends the story in a completely new and interesting direction.  That’s a major risk to take, but Reed and Archer have always been keen on pushing the envelope, and while the environment will be totally different, it seems like the razor sharp interplay between these vain, bickering agents will remain strong as ever.

So maybe, even if everything is totally different, it actually will kind of be the same?  Reed seems to believe so, in his spoiler-ific quote below (highlight to read, if you’re inclined):

“Even if it’s trying to sell 76 pounds of cocaine this season, it won’t be that different.”

I can tell you one thing for sure, the premiere episode is hilarious and full of big surprises, and it has me over-the-moon excited for Archer Season 5. 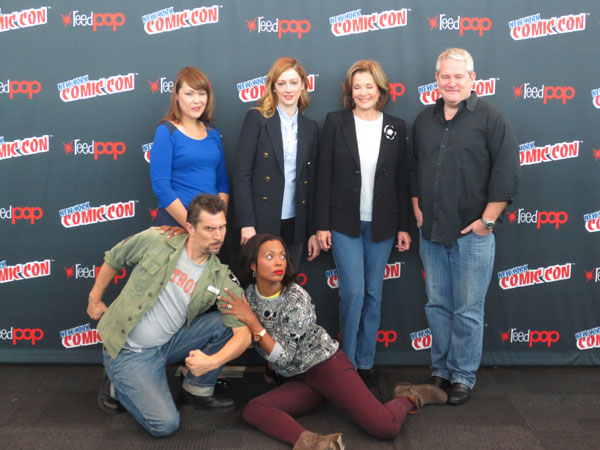