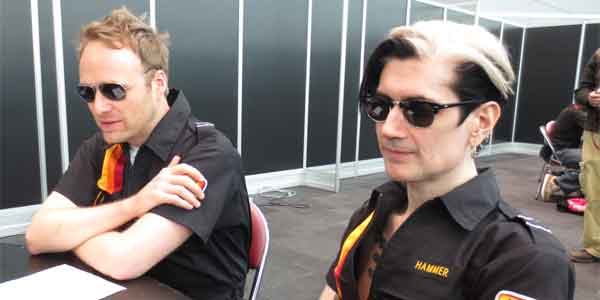 The creators of The Venture Bros. sat down for some questions at New York Comic Con, and they shared some insight into the hit series and the upcoming Season Six.

OK, yes, I realize New York Comic Con was, like, two weeks ago.  It took me some time to compile all my notes from the sit down with Jackson Publick and Doc Hammer, creators of The Venture Bros., but since their upcoming sixth season literally just got off the ground, there wasn’t a super lot to talk about yet.

Still, Publick and Hammer remain the coolest guys at Comic Con, and we did get some insight into the Adult Swim hit show, as well as some hints about Season Six.

“We’re gonna have a new Season Six! That’s the new thing,” said Doc.  “We can’t tell you what’s gonna be on Season Six, because then, why make it?”

“We’re writing it right now, we started production this week,” Publick added.  “That’s about all we can tell you.”

Back at San Diego Comic Con this summer, Publick and Hammer said they wanted to do more with Season Five, which ended after only 8 or 10 episodes (depending on how fuzzy your math gets).  When they could not get approval to stretch the season further, they instead tweaked Episode 10, “The Devil’s Grip” into a finale.

“We’re not hiding from that, we really did want one more episode, and an hour long episode, to do a big finale,” Doc explained of the short season.  “When we found out that we could not do it, we did tool the penultimate episode into an ‘Alright, this will let you sit for a tiny bit.’  It still works as a finale, just is not the finale that you’re going to get.”

Looking forward to the new season, the guys did confirm that the story will pick up with what would have been their big, hour-long finale for Season Five.  “The first episode [of Season 6] is the story we had planned on telling,” Publick explained. “We’re doing an hour long premiere or special– we may air it early as a special– we’re not sure yet.”

“We’re still going to make it, in some respect,” Doc added.

And while Season Six proper won’t kick off until 2015, they guys are feeling out an earlier release date for this two-parter.  “We’re hoping to get it on in the Fall [2014],” said Jackson.  “If we don’t, it will just be the premiere of Season Six.” 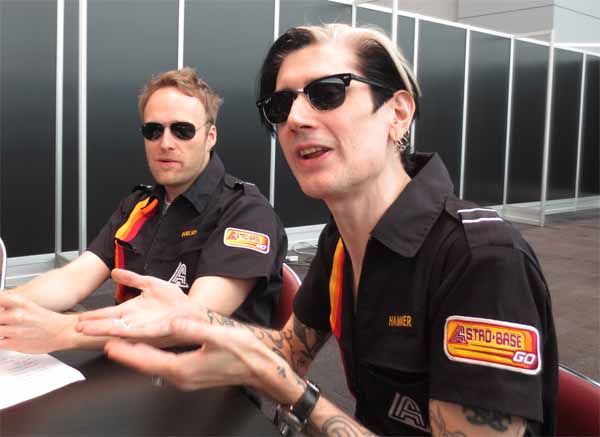 Despite it’s seeming brevity, Season Five was amazing, although it did remove Dean’s romantic interest Triana Orpheus from the narrative entirely.  “Operation P.R.O.M.,” the Season Four closer, was the last time we really saw her, and that ending made it seem like it could have gone one of two ways– either with her exiting the show, or becoming an even bigger focus. Publick and Hammer opted for the former, on purpose.

“The way it ended was to give you that last moment of Dean being a little too obsessed with his neighbor,” Doc explained.  “I think at that moment, when he’s trying to claim ‘his woman’ that’s the moment you go ‘This is idiotic.’  She is now dating an actual person that she met, not by proximity, but she sought out and found somebody that she liked.”

“It was Dean’s big moment.  When you were a kid, did you ever drive your BMX bike down the street in front of a girl’s house and then you realized this is the douchiest thing I’ve ever done?” he continued.  “That was the last moment when you go ‘I’m off the reservation.’  Burning her name into her lawn, that is idiotic.”

So the would-be romance between Dean and Trianna is off the table, and in the vein of any good coming-of-age story (which, seriously, The Venture Bros is these days) it will probably stay that way.  “That failed romance is not very interesting to us anymore,” said Jackson. “We said what we needed to.”

“We needed Dean to grow up a little bit,” Doc added.

So there you have it– fresh from the two-week old NYCC, it’s the Venture Bros!  You can check out the full interview below, in which the guys field more questions, including one about their music guy J.G. Thirlwell and a few kind of terrible questions about Dr. Girlfriend.  Oh, and Doc admires my Guild of Calamitous Intent tattoo, so that was kind of cool for me.  Maybe not you, but I left it in to stroke my own ego.  Deal with that!