NYCC 2014: Agent Carter Might Be As Good As We’re All Hoping 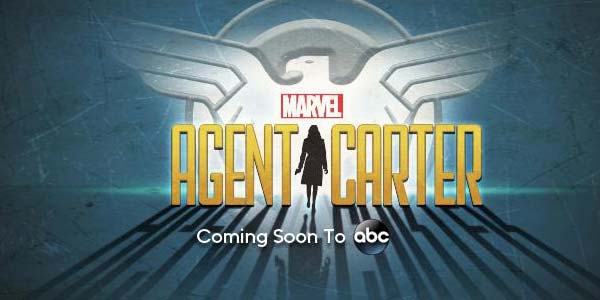 I’ve had high hopes for Agent Carter– the new Marvel TV series hitting ABC this winter– despite my strong dislike of the first season of Agents of S.H.I.E.L.D.  Between the return of Marvel cinematic stars Hayley Atwell and Dominic Cooper as Peggy Carter and Howard Stark, the promise of a pulpy, retro feel in these stories telling the earliest days of S.H.I.E.L.D., and having the story branch out of Captain America (still, the best realized of all the Marvel movie heroes, in my opinion), it’s a concept brimming with potential.

With the second season of S.H.I.E.L.D. really, really stepping up its game to become a show worth watching, I was more excited than ever to check out the brand new Agent Carter footage Marvel shared at New York Comic Con.

And, hey– it was awesome!

After screening this Tuesday’s new episode of Agents of S.H.I.E.L.D., “Face My Enemy” (another big winner for this great season, by the way), Jeph Loeb and Clark Gregg introduced a scene from Carter shot and edited just days earlier.  The sequence shows a dockside encounter between Agent Carter and Howard Stark, as he introduces her to his butler Jarvis, seemingly a major player in this new series.  The scene played out well, even out of context, with expectedly great performances by Atwell and Cooper.  But what really floored me was the production value on display.

There was a cheapness to the look of S.H.I.E.L.D.‘s first season, which was one of my biggest concerns in terms of Agent Carter.  A 1940s-50s period piece would absolutely demand a convincing production design, and based on this clip the show will deliver.  The sets looked great and the entire thing came off as incredibly cinematic, more like one of Marvel’s movies than anything we’ve seen thus far on S.H.I.E.L.D.

The dock sequence was followed by a quick action montage that promised the action will be just as solid in this show as the production value and acting, as we watch Agent Carter make short work of an opponent in an apartment.

I was really impressed by this quick look at Agent Carter.  More than any other Marvel project, I really, really want this one to be great, and based on this preview I feel much more confident Marvel will show us something really special with this promising series.