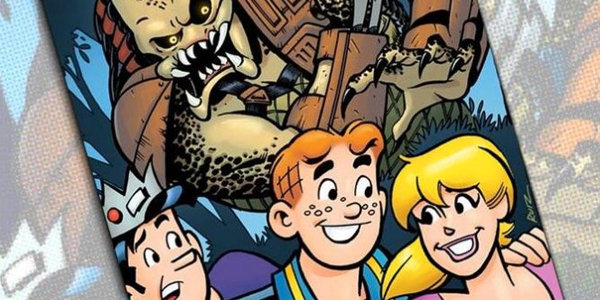 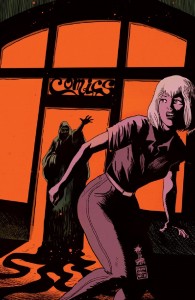 The publisher kicked things off with some news regarding their newest horror series, The Chilling Tales of Sabrina.  The first arc, which carries the book through issue #6, leads up to Sabrina’s sixteenth birthday party, at which a mortal discovers that she’s actually a witch.  Aguirre-Sacassa advised that this will be a very tumultuous time for the character but things seem to lighten up a bit in the following arc, titled “The Crucible”, where Sabrina’s Greendale Coven ends up at odds with a Coven out of Riverdale.  The Riverdale Coven includes Betty & Veronica (of course) and drew applause from attendees when they revealed Ms. Grundy would be the Coven leader.

Afterlife with Archie’s next two issues will see the Riverdale survivors soldier through the winter holidays while trying to stay alive and piece together what’s happening.  While having a bittersweet celebration of Thanksgiving and Christmas, the gang ends up trapped in a place similar to the Overlook Hotel from The Shining while waiting out a snowstorm.  Set to debut on stands today, reprints of Afterlife with Archie will be offered in magazine format and made available at more locations.  Every issue will contain bonus content such as old horror stories from the Archie Comics vault, behind-the-scenes info from the creative team, and teases for upcoming Sabrina material. 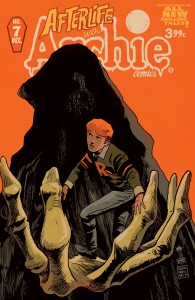 The next announcement came in the form of an upcoming crossover event with Dark Horse Comics – Archie Meets Predator.  Written by Alex de Campi and with art by Archie veteran Fernando Ruiz, this book is shaping up to be absolutely insane.  Scheduled for release in Spring of 2015, Archie and the gang are on Spring Break in Costa Rica when a heated argument between Betty and Veronica catches the attention of the jungle-dwelling Predator.  The action shifts back to the familiarity of Riverdale over the course of the four-issue mini-series while the kids are followed and hunted down one-by-one by the terrifying alien.  Dark Horse, the long-time holder of the Predator license, was instantly excited about the idea when it was pitched and apparently worked to make sure it came together quickly.  Unlike the other horror titles, this one is presented in the “classic” Archie aesthetic, which should make the gory scenes that much more bizarre.

Before wrapping up, they moved onto a subject that was first discussed at last year’s NYCC panel, the departure of Riverdale’s two most prominent female characters.  In the upcoming Farewell Betty & Veronica arc, the two depart Riverdale to do some soul-searching while the reader is made to really contemplate “what it means to be a ‘Betty’ or a 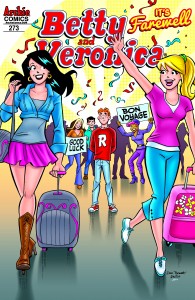 ‘Veronica’”.  While two new female leads step in to fill the void left in their home town, Betty and Veronica travel the world while trying to see things from the other’s perspective.  They do this by essentially swapping roles and living life according to the perceived ideals of the other girl.

Wrapping things up was a plug for the Riverdale Rescue free-to-play iOS game and their rather excellent mobile comic app.  They were proud to point out that Archie was the very first company to go digital and that there are one hundred free books that can be instantly accessed from the app for those that don’t wish to purchase anything.  Over seventy years of books – virtually everything they’ve published – can be purchased and read on their app.  A brief Q&A followed in which movie ideas and future crossover events were teased as well.  It’s great that the Archie team continues to push the envelope with their excellent new horror offerings and keep their iconic characters relevant with imaginative new arcs.  2015 is shaping up to be a good year for the Riverdale crew.