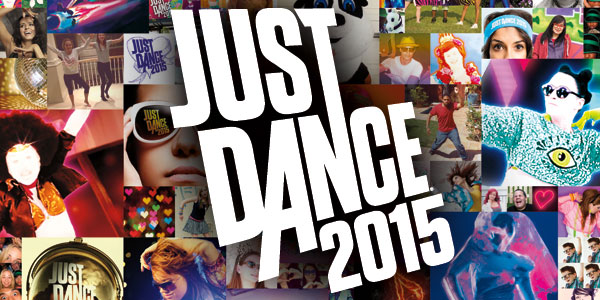 NYCC 2014 gave a demonstration of Just Dance 2015, the sixth game in the franchise brought to us by Ubisoft, where fans are once again entranced by the prospect of new songs to let loose to in the powerful outlet that is dance, combined with the platform of video game play. Guests from all over were able to get up on stage in front of an audience and attempt the steps to a song of their choice.

One of the games I spent a long time observing during New York Comic Con 2014 was Just Dance 2015. This game is currently out now, but I was able to see it a couple weeks before it released. Upon entering the area, a group was on stage dancing to Pharrell William’s “Happy”. We all know the song; it hides behind corners waiting for the perfect moment to bombard each radio station in flawless synchronization, so that each channel you turn to hums with the word “happy”. It is the sort of song that assaults you so frequently it is hard to actually be happy listening to it. However, watching the group of people dancing, and laughing, and genuinely having a good time, the game invoked the feelings of happy I believe this song was originally trying to convey. I truly thought it was a group of people demonstrating the game that were dancing because it was so well choreographed. However, once the song was over, they left the stage, and a new group was invited to dance. And they were awful. But awful in a good way, the sort of awful that stems from having so much fun in the moment that you don’t care what you’re doing or what people think, but just that you’re letting off negative feelings that are plaguing you. The game has an eclectic track list to it. I witnessed everything from “Happy”, to “Bailando”, to “What Does the Fox Say?” I cannot say I was satisfied with a lot of these song choices, but there were enough that I was dragged back by my own curiosity, and let’s be honest, the fact that I’m unable to resist any opportunity to outwardly sing along to any song that I like. Yes, I will proudly belt out “Ain’t No Mountain High Enough” each and EVERY time it comes on, thank you very much.

One of the things I fondly noticed about everyone engaged with this demonstration was that each person involved was having an amazingly fun time. Whether it was the people on stage frantically attempting to keep up with the steps of a song they were just learning for the first time, or the audience enthusiastically cheering them on, there was no shortage of excitement amongst the crowd. Even when the song “What does the Fox Say?” came on, which I immediately left the crowd to avoid associating with, everyone was ecstatic to just be in the area with one another. Any disdain that I have for the song, which I will harp incessantly about, because I cannot stand that song, is overpowered by the immense pleasure the audience was having just witnessing the goofy movements of people who cared for nothing else but to have a good time. During the last song I watched being performed, a young girl no more than six years old took the stage, and moved to the beat of a song of a popular teen group. She smiled brightly, gaps in her teeth and all, and reveled in the attention and admiration of everyone watching her. While I do not approve of a good chunk of these songs, it’s hard to deny the reason why this game is so popular amongst people; it brings everyone together and creates a euphoric ambiance associated with the feeling of just letting go and having fun. The game takes advantage of the powerful effects of dance and having fun, and packs into all into one disc.

Just Dance 2015 can be utilized for a variety of different things. One of the most important features of the game is the vast amount of songs and variety of genre, making it playable over and over for everyone. It also enables multiple people to be up on the proverbial stage together, some of the songs even utilizing multiple partners and making the dances cooperative. These are just a couple of the things the game includes, so there is still more to experience within the game, but these features alone make the game worthwhile to try out. The game is perfect for group get togethers and parties, but can also be used as a great tool for exercise. The game is currently out and able to be purchased on Playstation 3 and 4, Wii and Wii U, as well as the Xbox 360 and One. Just remember that the Xbox and Playstation require the additional add-ons that detect movement. I would recommend this game for anyone who enjoys dancing and video games, and especially for groups of players together.