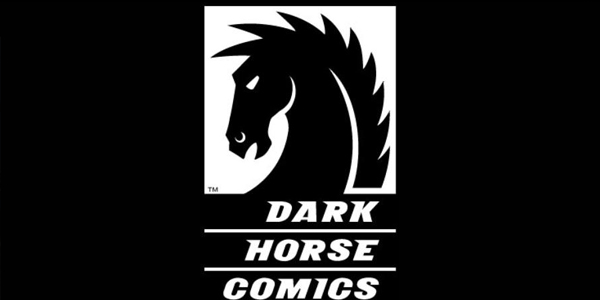 Dark Horse Builds Characters panel showed off all the great new titles we can expect off this creater-owned imprint.

Dark Horse Comics held their Dark Horse Builds Characters panel yesterday at New York Comic Con. The panel was hosted by Dark Horse Publicity Dude, Aub Driver, and outlined a bunch of upcoming releases due out on Dark Horse Comics with a focus on character development. Dark Horse fans can expect  a bunch of new exciting titles based on some very interesting characters, constructed for connection.

In attendance were Brian Wood talking about his series Rebels, Gail Simone and Jim Calafiore talking about their series Leaving Megalopolis, as well as Rafael Albuquerque showcasing some art from his new Dark Horse series Ei8ht. Also there was Fred Van Lente and the team behind his new ongoing series Resurrectionists, described by Van Lente as two robbers who are trying to commit the same heist for the past 3000 years.  We also got a look at the art team of Cameron Stewart and David Mack as they showed off some cover art for the upcoming ten issue Fight Club 2 series, written by Chuck Palahniuk.

However, the award for most entertaining creators on the panel (if there were such a thing) would go to Donny Cates who started by talking about his new series called The Ghost Fleet, which is about big rig truckers who move the freight that the government doesn’t want you to know about. Cates promised crazy assassins, some supernatural stuff, some big ass trucks and a whole lot of grit. He was then joined by his buddy Eliot Rahal, and the two talked about their sequel to the Buzzkill series titled The Paybacks. Staying with the over arching theme of the panel, Rahal and Cates walked us through the unique characters that make up their super-hero repot squad. There’s Blood Pouch who carries his dead friend in pouches all over his uniform, Night Knight who is a knight from London that rides around on his unicorn friend Nightmare (Night Mare, get it!) and my personal favorite the Soviet Nunchuk, the only man to fight in the cold war.

Dark Horse Comics clearly has some exciting, character driven stories that are made for their fans to connect with coming out in the near future. Dark Horse has thrived being a creator-owned imprint, and having a multitude of stories with unique characters that range in ethnicities, backgrounds and motives. It’s a great time to be a comic book fan, especially if you’re looking for a story without all the flashiness of a cape. Be sure to check out all the upcoming releases from Dark Horse Comics to find which character best suits you.