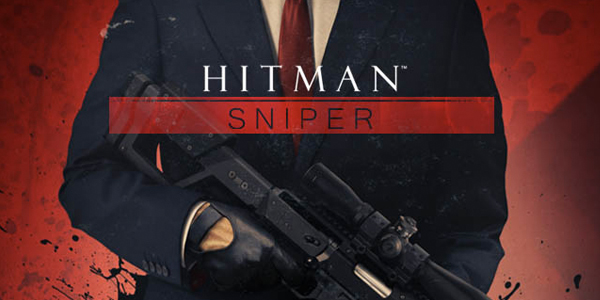 Fresh on the heels of Agent 47’s previous (and downright fantastic) mobile outing in Hitman Go and echoing the fun, bite-sized sentiment of 2012’s “Sniper Challenge”, which was distributed as an Absolution pre-order incentive, comes Hitman: Sniper for iOS and Android.

We had the opportunity to play through the one available level on the iPad build during Square Enix’s NYCC press event and loved every minute of it.  With several different gaming areas isolated and running demos in their studio space, Hitman: Sniper certainly had the most commanding presence throughout the night, with groups of people sharing couches and holding competitions, screaming with laughter, and cheering high scores.  Similar to the creative force behind Hitman Go, the developers understand that, to make a successful mobile game, you need to work in terms of gameplay that favors touch devices.  A straight up clone of one of the previous PC or console titles would be clumsy and too involved for on-the-go gaming.  With Hitman: Sniper, you have an experience that’s instantly accessible, immediately fun, and incredibly streamlined.  It’s engrossing and big on tactical strategy, but functions with the simplest of control schemes – in short, it’s the epitome of mobile gaming. 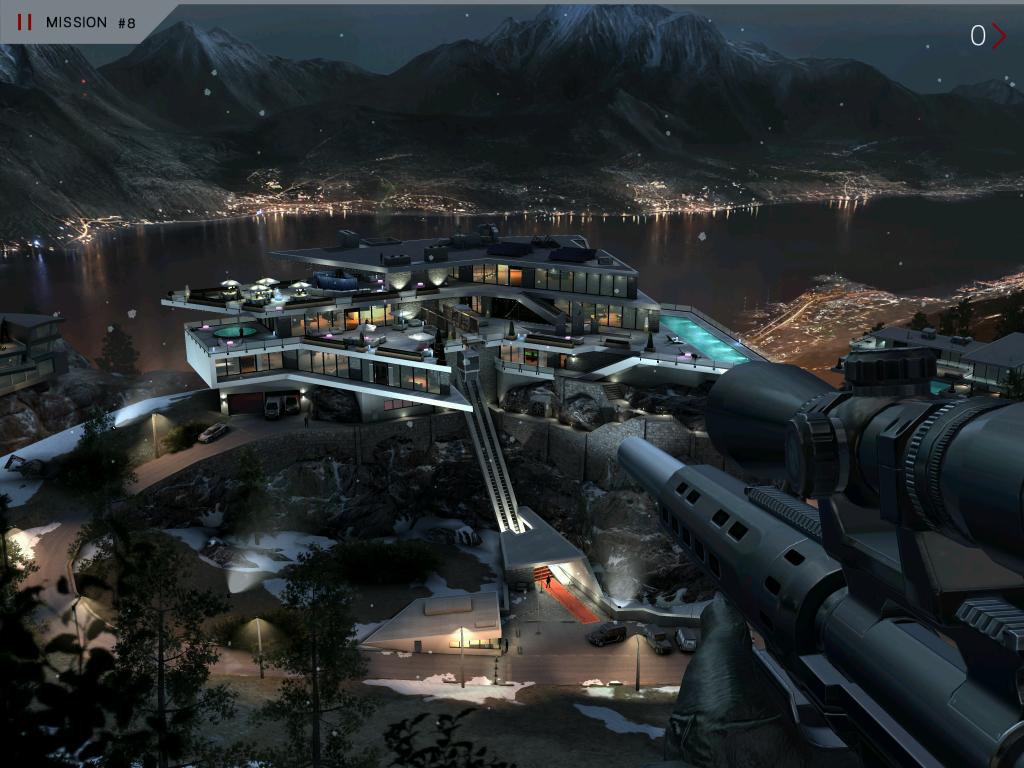 Upon loading up the mission, we found ourselves on a rooftop overseeing a distant mansion where our target appears to be throwing a lavish party.  Peering down the scope of your rifle, you can drag your finger around the screen to aim accordingly, while pinching the screen will intuitively zoom in/out and tapping will fire a round.  Killing your mark immediately ends the mission.  You can kill him right off the bat if you’re so inclined, but you’d end the round with a negligible score, and that’s no way to play a massively competitive title.  In order to work your way up the game’s leaderboards, you’ll have to take out as many bad-guys as possible, in the most creative and stealthy ways possible, to rack up points and modifiers before hitting the main target.  Shooting a guard near a ledge may cause them to fall clear off the building and plummet down, out of sight.  Taking someone out while they’re poolside will keep their body out of sight as they fall into the water and shooting electrical panels or gas lanterns can lead to seemingly “accidental” environmental deaths to those nearby.  There are even more subtle ways of taking out your targets – for example, you can, at one point, spy on a couple of guys shooting pool.  By taking a shot at the cue ball you can disrupt their game and cause an argument to break out, which then escalates until one of the men kills the other (we’re dealing with criminals here after all). 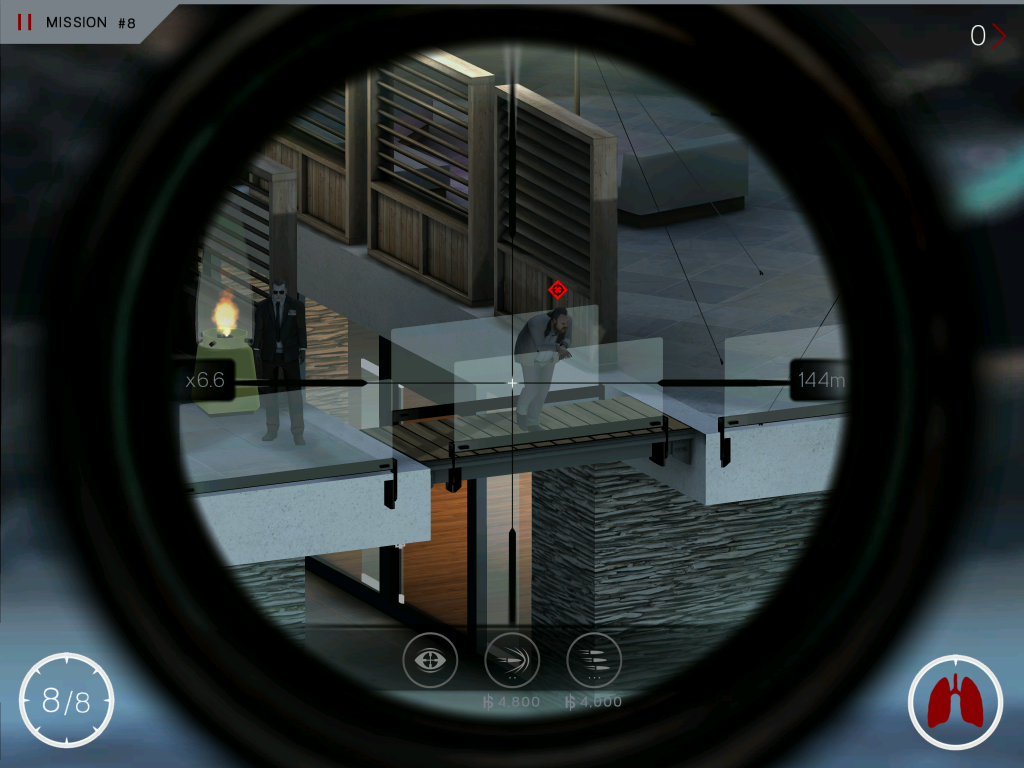 Essentially, Hitman: Sniper takes the essence of what fans love about the franchise – the dark comedy, the wanton violence, the satisfaction of pulling of a hit undetected – and distills it into a simple, mobile platform experience.  To keep the replayability high, this free-to-play title allow fierce competition among friends and features tons of unlockables such as upgraded weaponry and special powers that players will have access to as they accrue experience and earn cash.  While the on-site representatives couldn’t go into too much detail on their long-term plans as of yet, I was advised that there are seasonal tournaments in the works and a plethora of other ideas in place to ensure Hitman: Sniper enjoys an active and engaged community.  I can already see myself losing countless hours trying to get a perfect run when it launches this winter.