NYCC 2014: How to Train Your Dragon 2 Oculus Rift Experience 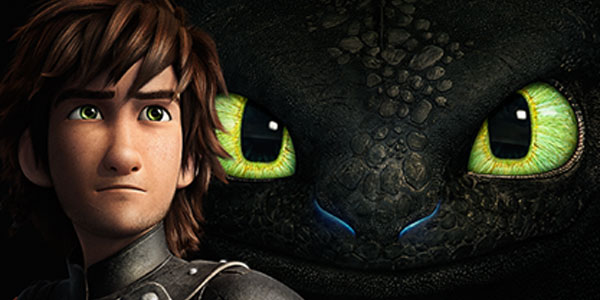 New York Comic Con 2014 brings an entirely new and invaluable experience to fans of the How to Train Your Dragon franchise with their Oculus Rift, which allows fans to feel what it’s like to navigate the sky atop Toothless the dragon.

In 2010, Dreamworks Animation released the film How to Train Your Dragon which captured the hearts of youth and adults alike. It threw out traditional female stereotypes, making each prominent female character in the movie capable of going after what they wanted and using their own brains and strength to pursue their desires. It embraced the underdog, emphasizing that each person has their role to play, regardless of whether or not it is physical or mental. The movie showed the audience that dark things aren’t necessarily evil, and that just because people may do bad things does not necessarily make them all bad. It used beautiful artwork, and hilariously heartfelt dialogue, to teach lessons worth learning. Toothless, the main dragon, who is befriended by the underdog protagonist who is not physically useful, but mentally invaluable, is one of the main focuses of the film. With his catlike qualities, Toothless instantly becomes a favorite, his face able to invoke audible “awwws” from anyone who lays eyes upon him.

At New York Comic Con, guests were able to enjoy an Oculus Rift Experience in order to promote the second film of the franchise, How to Train Your Dragon 2. The experience allows the participant to feel what it is like to ride a dragon amidst the clouds, an experience that cannot be duplicated by an airplane. With goggles on, the rider bends backwards and forwards to control the up and down movement of the dragon, while the side to side motions allow the dragon to know when to shift over in each direction. Each motion feels incredibly lifelike, including the lurching feeling that sits in your stomach when you bend forward for too long, and the airy feeling that floats in tendrils through your chest when you motion upwards and feel yourself climbing higher amongst the clouds.

During my own personal experience, I did not notice any altercations. I cannot be sure what each encounter entailed, but mine was mild and relaxing. It was advised to us to tilt our own heads from side to side in order to notice other dragons around us, but I did not manage to see any that posed an immediate threat. Instead, I just bobbed and weaved through the clouds in front of me, enjoying the experience of being atop the dragon. The virtual ride was short, but worthwhile. It left me exhilarated afterwards, even though I only experienced a scenic route joyride, rather than a high-speed dragon chase.

The movies hold important messages that are meaningful and relative to everyone, no matter the time period. Our reality is connected to the movie’s fantasy through experiences shared by each human being. The Oculus Rift Experience at NYCC 2014 allowed fans to bridge the gap between fantasy and reality and experience the entire thing, including the physical. It was definitely worth checking out for fans of the movie, and fans of the fantasy genre in general. Who can say they’ve ridden a dragon amongst mountains and clouds?