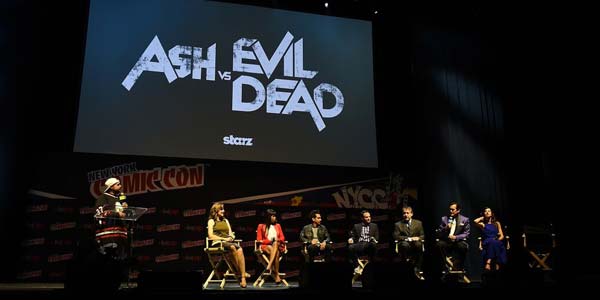 Bruce Campbell, Sam Raimi and the cast of Starz’s Ash vs Evil Dead surprised New York Comic Con with a screening of the premiere episode.  And yes, it’s groovy.

When the words “Evil Dead” or “Army of Darkness” are spoken, an image of Bruce Campbell’s cheeky grin and corny but incredibly satisfying puns come to mind. The films, dating back to the 1980s, waft in the scent of nostalgia and encapsulate the perfect harmony of comedy and gore. My personal preferences have always been to leave comedy out of horror; the two genres are so incredibly different that the submersion of one into the other would just leave the audience feeling cheated on both ends. How can I be scared if I’m laughing the entire time? However, Sam Raimi has been able to combine the two genres for decades and still make them one of the most enjoyable cult classic horror franchises of the last century.

One of my favorite moments in a movie was the hand that flips off Bruce Campbell’s character—I won’t say more than that, since anymore into the life of said hand would only give away prior events in the film. But it was such a ridiculous yet memorable moment because after being on the edge of my seat, it was fun to see such an unexpected turn. And it is moments like that that will make viewing the Starz television show Ash vs Evil Dead such an important experience for fans of the films.

During New York Comic Con 2015, I was able to watch an early screening of the first episode of Ash vs Evil Dead, and what I experienced was nothing short of the feeling where you find home. Amongst this entire theatre of people crammed into seats that barely had leg room, everyone was there for one reason or another, but those reasons embodied one another. Whether it be because the phrase “Evil Dead” captured the hearts of horror fans well enough to drag them down the street to the venue, or because long time fans wouldn’t miss it even if there were Deadites surrounding the entire building it was being held, one thing was abundantly clear—everyone in attendance was enjoying the show. 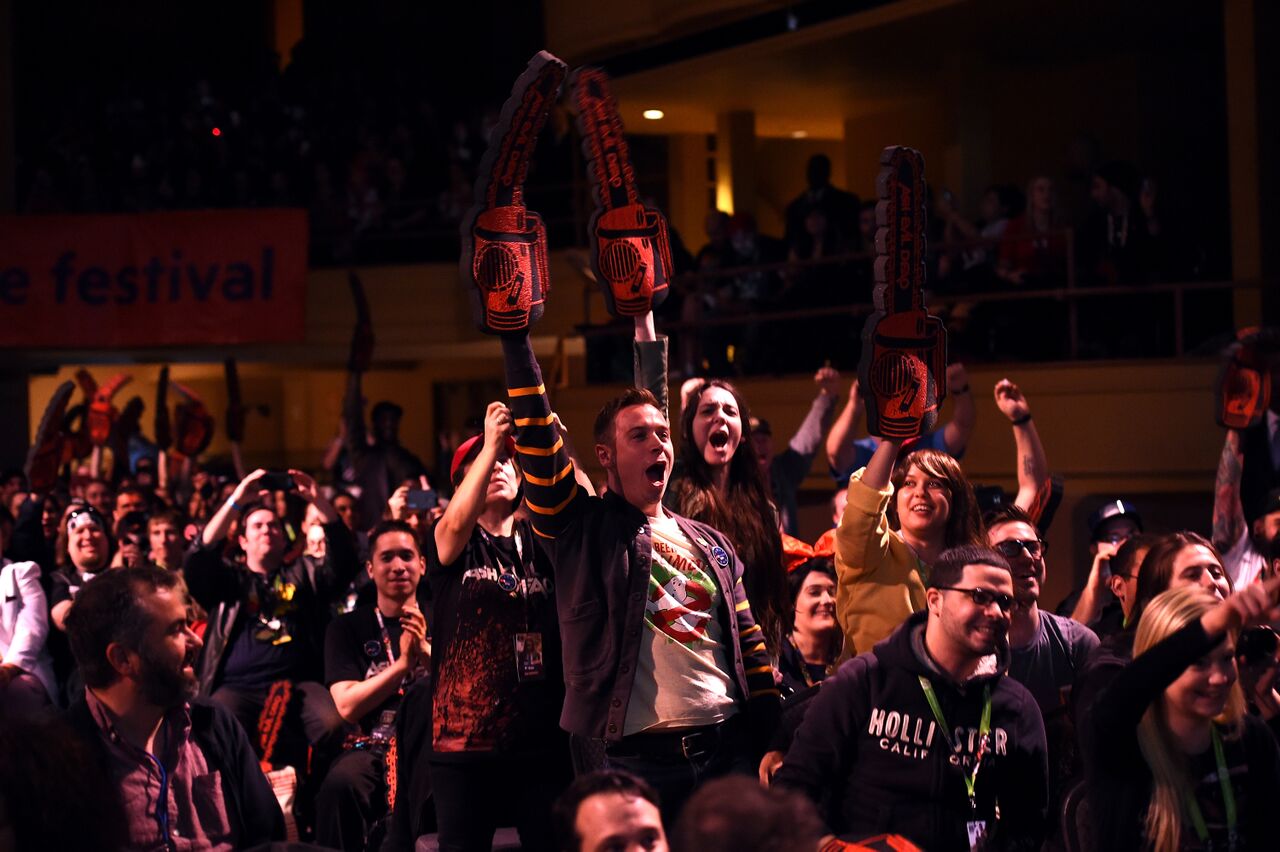 It was the perfect mixture of intentional cheesiness and bad (but oh so good) acting, horrifying makeup, and nostalgic puns that had the crowd cheering left and right. One thing that I will say about watching this show—while it is enjoyable for everyone watching it, and I highly recommend everyone does when it premieres on Halloween night, I think the entire experience would be infinitely more enjoyable if someone had previously seen the films. I could tell the sections of the crowd that had been long time fans simply because of the clapping that occurred at precise moments in the show. A grin never left my face the entire episode—it was the perfect synchronization of fear, funny, and frequent action. Bruce Campbell reprises his role, and it is nothing short of perfection. Bruce is Ash and no other actor could have made this show a success in his role. However, the introduction of new characters into the franchise hold their own and fit right in perfectly with the Evil Dead world.

After the show, actors from the Ash vs Evil Dead, including Sam Raimi and Bruce Campbell himself, came out onto the stage to answer questions from none other than Kevin Smith, donned in his typical backwards cap, jersey, and jeans. What was promised to fans was not only an amazing show, but the reassurance that as long as fans supported the show and wanted it, many more seasons would be on their way. So I only have one recommendation for everyone who might be considering checking this show out—do it. If you don’t like horror, it’s incredibly funny. If you like horror, and don’t care that it’s funny, watch it anyway because the Deadites are fantastically terrifying. Plus, it’s worth it for the quips and puns alone; the entire experience was beyond groovy.