NYCC 2015: The Chronicles of King Kai 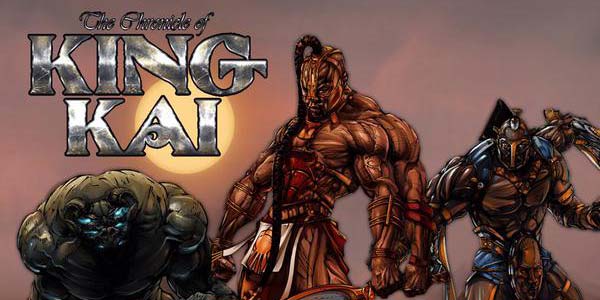 It is incredibly interesting to see the different kinds of people that flock to conventions. Bodybuilder and comic creator Kai Greene is one of the most interesting I met.

When confronted with the question of what a comic convention attendee is like, the stereotypical responses would probably include something about liking anime, or video games, or dare I say it, actual comics. The general response is that if you mix a few parts nerdy, a few parts obsessed, the result would be a typical convention goer. However, it’s the complete reformation of the idea of a nerd that is my favorite part of conventions. Upon returning back to my teaching position, I didn’t think a group of my students would even be remotely interested in the fact that I went to a convention. Not only did I think they wouldn’t know what New York Comic Con was, I imagined the words “nerd” or “lame” being tossed my way. Not only were they aware of what the convention was, they were actually slightly interested—only as interested as typical high school students can be, where their focus is as fleeting as that year’s most popular and newest character to cosplay, but I’ll take what I can get.

During this year’s comic con I was lucky enough to be able to be one of the first people in line on Saturday to meet Kai Greene. Up until a couple days before the convention I had no idea who the man was, or why he could possibly want to be present at a comic convention. After a friend told me about him, I discovered that he was a body builder, a top notch one at that, but that he was also an artist. Again, if we go back to stereotypes, this combination is not always the most thought of scenario. This is the precise reason I love New York Comic Con. Stereotypes were made to be broken because they are just general constructs on what society thinks a certain idea has to be made of. The truth is, people who love to strength train also love comic book characters. This was evident by the woman behind me cosplaying as She Hulk, who exclaimed that Kai Greene was one of her favorite body builders. I especially loved that she cosplayed as Hulk because it was as if she could find a character incredibly relatable to her own self, and that is what I truly believe conventions allow people to do; they find a home amongst one another.

Kai Greene is bigger than two of me; he is extremely muscular, and his hand engulfed mine when I shook his. However, he was also very kind and patient. He took the time to ask each person how they were doing, signing a poster of the comic that he’s working on called The Chronicles of King Kai with an inspirational message on each one. He even took pictures with everyone who asked, including the typical “Flex for one, Kai!” that I unabashedly requested myself. He is a true testament to the fact that there is no such thing as a cookie cutter nerd. Being called a nerd is a great thing, and they come in all shapes and sizes. The artwork on the poster was amazing, so I would urge comic book fans, art fans, body building fans, literature fans—basically everyone should keep an eye out for The Chronicles of King Kai. The fact that this man took his own life and turned it into an art form should speak volumes about the power of nerd culture, where people with different interests can find unity amongst one another and be accepted. 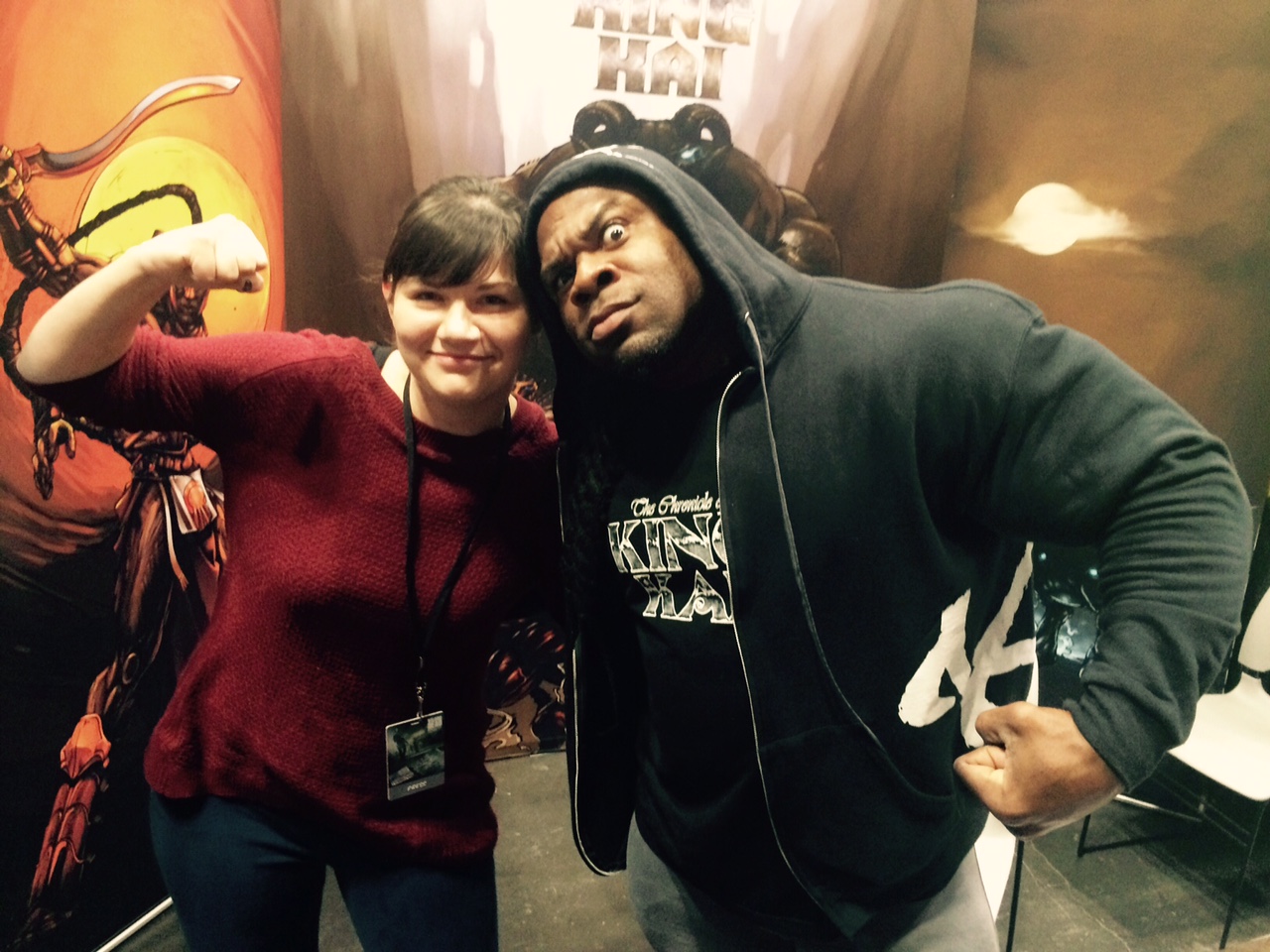