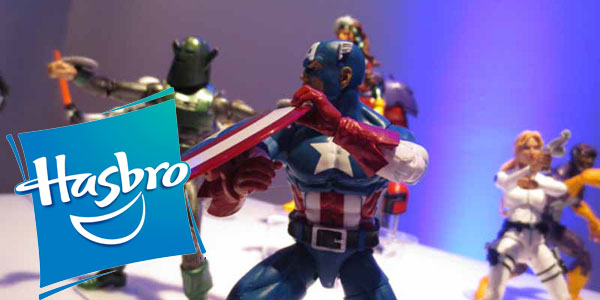 Hasbro’s incredible Marvel team sat down to discuss the future of Marvel Legends, what they would do with past Marvel franchises and more.

The return of the mutants to Hasbro’s Marvel Legends was one of the most exciting announcements at New York Comic Con.  Hasbro’s Marvel team has been saying for a long time now that they were just waiting for the right time to return to the X-universe, and the Jim Lee style Rogue on display at their NYCC pre-party was proof positive that good things will indeed come to those who wait.

Hasbro’s Dwight Stall, Tony Colella, and Mike Breslin spoke about the X-Men, and the greater Marvel universe, in terms of Hasbro’s toy lines in an exclusive one-on-one with Kastor’s Korner.  Check it out below!

KASTOR’S KORNER: I like the ongoing balance in Marvel Legends, anchoring each year with whatever that year’s movie properties are, and then doing a mix of comic book style characters in among movie style characters.  Specifically delving into the comic characters, what governs if you’re going to go classic with a character or modern?  We have classic Whirlwind [coming in 2016] for example, but then there’s All New Marvel, which I know is going to start to get touched on with Spider-Gwen next year.  How do you balance that ratio, the current to the classics?

DWIGHT STALL: I don’t think there’s a definitive formula, but when we sit down as a team and do layout– we’re currently working on the layout for 2017– and when we do that, we lay out how many waves we want to do for the year, and how many spots that gives us, and then we start to build a giant matrix of all of the characters that are gonna be relevant for the entertainment slate, what do we know from publishing, when are we going to get the next download from publishing so we know where they’re gonna be going, and then also that category of past, which is where Whirlwind and things like that come from.

Once we have all the characters in place then we look across the board, taking the movie stuff out of it because that’s more heavily based on what information we get from the studios.  When we’re looking at just the comic side of it, we talk about our favorites and we argue over what do the fans want the most, what is the most relevant, and we try to find a mix of both to try to give a fan of Marvel of every generation a chance to get something that they remember and that they’re excited about.  When you have a universe that’s almost 80 years, a world that’s that rich and that deep, you’ve got fans of this stuff that are 5 and 6 years old, all the way up to 60, 70, 80 years old.  That’s amazing!  There is no right or wrong, we’re just trying to make sure we can throw a little bit out there for everybody.

KK: Ten years ago, Fox’s X-Men and Sony’s Spider-Man were the biggest comic book movie properties out there. If the current formula for Marvel Legends was in place back then, who would you include in the lineups?

DS: B onesaw.  I still want a Bonesaw action figure!  (laughs) We got to touch on a little bit of that at the end, with X-3, we did a handful of characters from X-3.  I think the original team from the first X movie would be great, a Hugh Jackman Wolverine, a Halle Berry Storm, Anna Pacquin Rogue, all of them.  And I know Toy Biz touched on a lot of them, back when they had it.  But I would love to do the original team, I think that would be great for the X-Men.

DS: But not as well as Bonesaw.

TC: In a cage, obviously.

KK: Speaking of X-Men, one of the debuts last night was [classic Jim Lee] Rogue.  Is she planned as a one-off, or might we see more X-characters in 2016?

MB: We’re gonna see some X-characters in 2016.  We can’t divulge all of them, but we wanted to let folks know where we’re going.  We’re definitely gonna support the Marvel universe and we’re all huge X-Men fans.  We can’t go too deep into it, but we wanted to share a little bit of love, and let you guys know where we’re going because Legends is the sum of all its brands, and a big X-Men movie year, it does make sense for us to have a little bit of X-Men in there.

DS: We told you at Comic Con that we weren’t intentionally avoiding those [characters].  At that time we weren’t able to tell you what was planned, but Rogue is one piece of an entire Build-A-Wave.  And the builder is not Onslaught– we knew that if we were going to give you Red Onslaught [Axis] we wanted them to have the opportunity to turn that into regular Onslaught as well.  So we’ll pop that little helmet into this wave somewhere, so if you collect the entirety of the Red Onslaught wave, you’ll have the ability to make either figure.

KK: So Rogue would have her own Build-A-Figure piece, too?

TC: It’s just a little added accessory.  The fans are always asking for that magneto version of Onslaught, so it’s a way to sneak that in there.