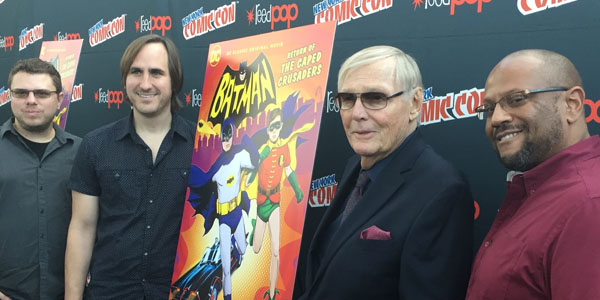 Adam West may not be able to put on the tights, but he can still voice the Caped Crusader in the newest Batman film from Warner Bros Animation.

We got a chance to talk with the creators and voices behind the upcoming Batman: Return of the Caped Crusaders on DVD and Blu Ray. It is clear the West Batman impacted the world of pop culture, and instead of making this a joke there was a lot of care taken to create the newest Animated film.

It was an honor to sit with Adam West to talk about the film, and exciting to hear that they will be doing another with William Shatner voicing Two-face… which means we might get to sit down with Captain Kirk himself next year!