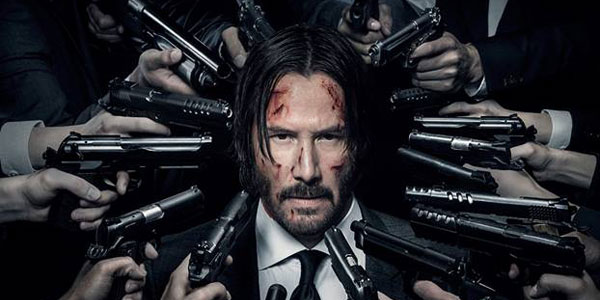 And it is AWESOME.

On Saturday, New York Comic Con welcomed Keanu Reeves to speak about the upcoming sequel, John Wick Chapter Two.  If you’ve been reading our site for any amount of time, I hope we’ve convinced you to see the original John Wick, which was one of the best action films of the last two decades, and has quickly made a name for itself as an all-time classic.

Now we have a first look at the eagerly anticipated Chapter Two, and boy oh boy, does it deliver.  This time the chaos moves from New York City to Rome, and by the look of this teaser Wick can dispatch an impressive amount of dudes in a stylishly tactical fashion in any environment.  I’m most excited to revisit the weird underground world of professional assassins created perfectly in the first film, and new cast members like Common,Laurence Fishburne, Ruby Rose, Bridget Moynahan, and Franco Nero(!!!) promise to keep this universe fully loaded with potentially awesome badasses.

Check out the trailer below…John Wick Chapter 2 hits theaters next February.  It’s going to be a long wait.