NYCC 2016: Seven Minutes of Heaven With War For The Planet Of The Apes 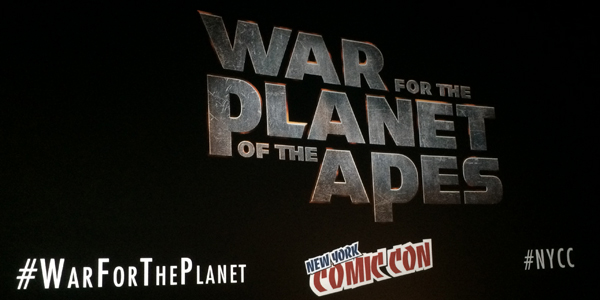 Andy Serkis, director Matt Reeves, and producer Dylan Clark shared an early look at War For The Planet Of The Apes at New York Comic Con.

It started with a scene familiar to anyone who’s follows the Planet of the Apes franchise, classic or modern– a team of apes, riding on horseback.  This is Caesar and his closest allies on a hunting expedition, in a scene that mirrors the opening of Dawn of the Planet of the Apes… with a backdrop of stark desolation behind them, in lieu of the lush forests of that film. And this posse isn’t hunting game for food, they’re after humans… to exact brutal revenge.

War For The Planet Of The Apes picks up two years after Dawn, and the Caesar we pick up in this scene is vastly different from the empathetic leader we last left.  He’s been broken by the events of Dawn— in particular the death of Koba and the dissolution of peace with the humans– and he expresses that broken-ness through anger.  That’s what leads this group of simians to ride to a watershed, which they believe to be a military bunker being used by the humans with which they find themselves in bloody, increasingly devastating combat.

When the apes arrive at their destination, they don’t find an army, just a man, holding a bundle of wood.  He pleas with them for peace… before dropping the wood to reveal a gun aimed at the apes.  Before anyone can react, he is shot and killed by Caesar, brandishing a shotgun from the shadows.  He instructs his team to ransack the dead man’s home, taking whatever supplies they can find.

Maurice, the Orangutan we first met in Rise of the Planet of the Apes, instead finds a young girl, sick in her bed inside the compound.  The two establish an immediate connection– is this another sign of potential peace between human and ape, even in the darkest of times? Or is it simply Maurice’s conscience which won’t let him leave this child alone in the watershed?

Regardless, Maurice signs to Caesar that they need to bring the girl with them, as she will surely die otherwise.  Caesar’s not having it at all, but Maurice wears him down.

We cut to the posse of apes, riding back toward their village… Maurice rides with the little girl behind him.  Despite the grim, grey world at war that sets the backdrop of this sequence, and despite Caesar’s newfound and troubling anger at humanity, we end with a sign of hope, as the apes and the little girl ride home.

The sequence played beautifully, a capsule story that reminded me of Kurosawa and could easily stand on its own as a short film set in the world of the Planet of the Apes series. The footage was a mix of raw footage featuring actors in mocap suits, rough animation of the apes, and first renders used to test lighting on the CGI creatures… but the drama of the scene made me forget all about the technical wizardry on display, exactly in the same way Rise and Dawn did when I first saw them. 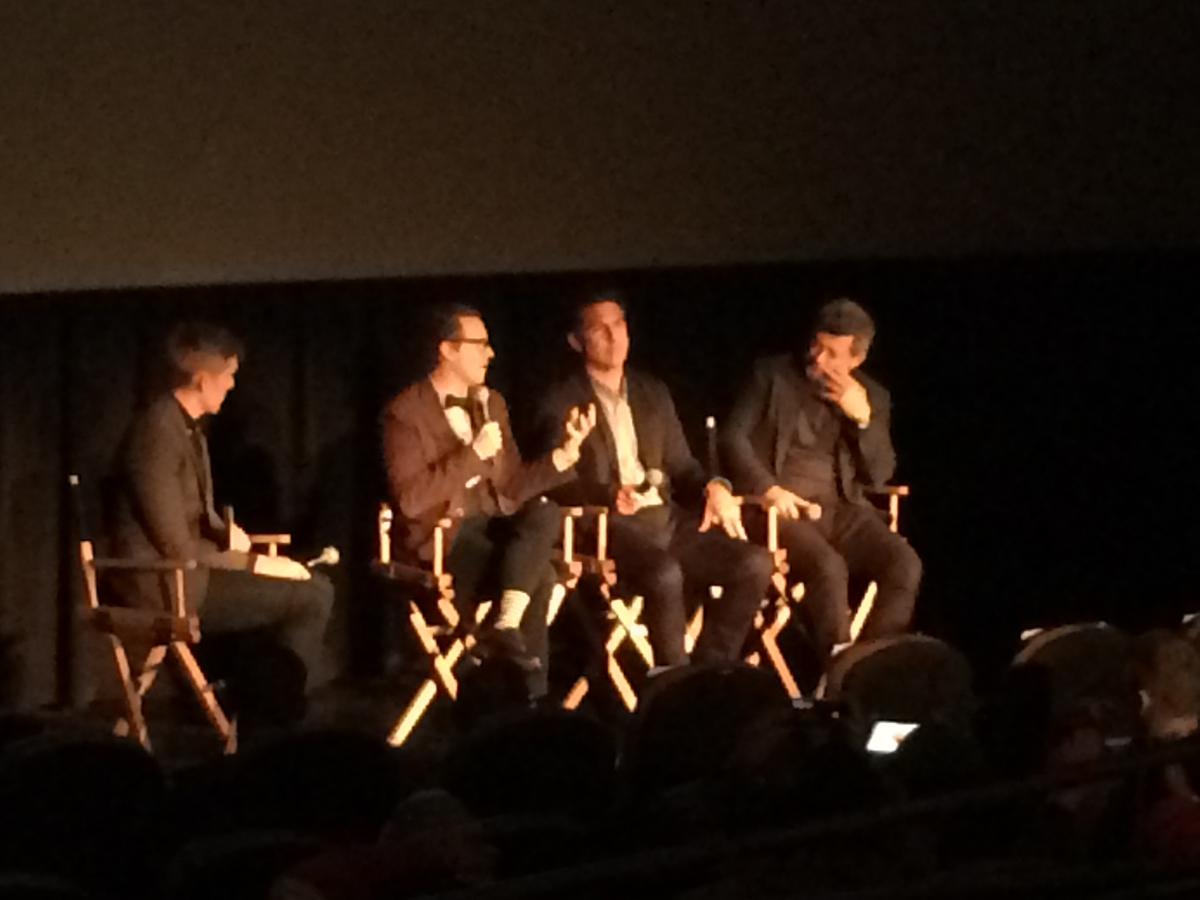 I had been very interested to see where the franchise would go next, and it seems that Matt Reeves and his team have moved their tale to the next logical stage, as we continue to watch the downfall of humanity from the perspective of the apes who will inherit the Earth.

Specifically, this film picks up with the war between apes and humans already on, and causing serious strife for both sides.  This has only served to steel Caesar’s anger, which began in the final moments of Dawn when peace slipped between his fingers and he was forced to violate his own cardinal rule of “Ape Shall Not Kill Ape.”  The scale of this third film in the new series will be bigger than anything we’ve seen before… Reeves described it as a “massive war film” and cited Bridge On The River Kwai as one of their major reference points.  That makes sense, especially considering Caesar’s new foil, Woody Harrelson as the Colonel, a military man willing to go to extremes to see that humanity emerges the winner of this war.

While the film will continue to be told from the apes point of view, even the brutal Colonel will still be a rounded character, and Reeves and Clark insisted he’s much more an antagonist than a villain. In their words, he “comes by his hatred honorably” (not unlike Koba), and based on everything they had to say about the Colonel– and Caesar’s reaction to his tactics– this may be the most personal and brutal conflict we’ve seen in the franchise.

War For The Planet Of The Apes will also introduce new environments to the franchise.  As you may have gleaned from Fox’s newly released teaser, part of the film will be set in the snow, which adds to the increasing dystopia of the setting behind this intra-species conflict.

As I said earlier, it was easy to get lost in the drama of such a rich and thematically powerful story… but Serkis, Reeves and Clark also highlighted the impressive mix of technology and acting talent which they employed to bring the film’s apes to life. It’s a painstaking process, and there were nuances I never really appreciated until this panel inspired me to rewatch Dawn this morning.  Each scene was technically shot at least four times– once with the mocap actors, a second time with no one to provide the digital background, a third with the human actors, and a final used as a lighting reference for the digital models.

This focus on precision extended to Serkis and the other performers, as well.  In Dawn, Caesar can speak, but it’s still a struggle.  Serkis conveyed this by using a mouthpiece which stilted his own speech patterns on set, to make every word spoken seem like a genuine struggle.  Where have Caesar’s linguistic skills evolved in War? The team wouldn’t say, although they teased that topic has been hotly debated as they continue to work on the film.

It’s likely that work will continue until very near the July 2017 release date of the film.  Such is the blessing and curse provided by their brand of filmmaking technology… Reeves recalled that his originally closing sequence in Dawn was scrapped entirely a mere four weeks before the film hit theaters.  The new ending was conceived to be more thematically impactful, and Serkis’ mocap was recorded over Skype (!!!) days before the film made its debut.

Does that mean we’ve got almost ten months to hope that this film ends with the humans victorious?  Not likely.  As Reeves said at the panel, “It isn’t called ‘War For The Planet Of The Humans’.”