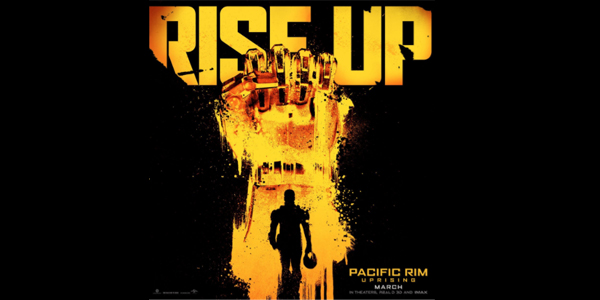 Legendary Pictures brought Pacific Rim: Uprising— the sequel to Guillermo Del Toro’s 2013 Kaiju versus Jaeger blockbuster– to NYCC. And now, the debut trailer for the film has arrived.

I’ll get this out of the way up front– new director Steven DeKnight’s work on the dreadfully boring and poorly paced Daredevil Season One doesn’t fill me with optimism for this sequel… but that non withstanding, I kind of like what I’m seeing here.

I love the concept of fast forwarding the story to a “next generation,” allowing the vastly more interesting John Boyega (playing Jake, the son of Idris Elba’s Stacker Pentecost from the original movie) to take over for Charlie Hunnam as the lead.  And I really like that we may see some Jaeger versus Jaeger action in the film.

The new Kaiju look cool… but I am a little nervous that without perpetual monster advocate Del Toro at the helm, the focus of this franchise will steer far away from focusing on the weird and wonderful monsters that made me fall in love with the original.

For me, the biggest takeaways so far are: Cool looking robots, cool looking Kaiju, and a new lead who has proven he can anchor a movie (and perhaps even a franchise?).  That’s enough to leave me willing to cancel the apocalypse until we know more about Pacific Rim Uprising.

Watch the trailer below, and looks for Uprising in theaters next March.