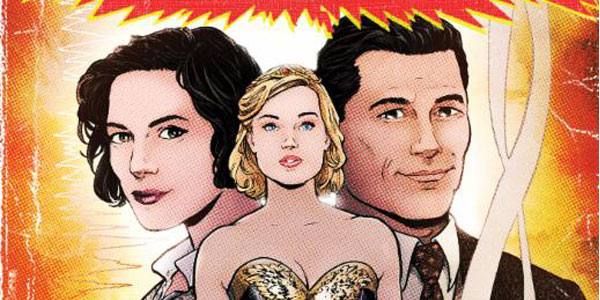 “I write what I see about women I know. Beautiful. Brilliant. Ferocious.”

Of all the major super heroes, the story of Professor William Marston and the creation of Wonder Woman is one of the most fascinating. It’s a tale of feminism and empowerment, of non-binary love and real life secret identities, of censorship and book burnings (troublingly common in the Golden Age of comic books)… all centered around this psychologist and his two muses, Elizabeth Marston and Olive Byrne.

This trio’s story is getting adapted for the big screen, and PROFESSOR MARSTON & THE WONDER WOMEN looks fucking fantastic. This is a fascinating, little known true life story worth telling, and based on the new trailer which debuted at New York Comic Con, writer/ director Angela Robinson has nailed it.

I hope we see more interesting films like this ride the mainstream popularity of the super hero movie genre… this is absolutely the most exciting comic book movie of the year, in my opinion. And the best part? We have less than a week before this movie hits theaters!

Read more on PROFESSOR MARSTON & THE WONDER WOMEN below, along with a better look at the awesome new comic book poster designed by Terry Moore, which also made its debut at NYCC:

In a superhero origin tale unlike any other, the film is the incredible true story of what inspired Harvard psychologist Dr. William Moulton Marston to create the iconic Wonder Woman character in the 1940’s. While Marston’s feminist superhero was criticized by censors for her ‘sexual perversity’, he was keeping a secret that could have destroyed him. Marston’s muses for the Wonder Woman character were his wife Elizabeth Marston and their lover Olive Byrne, two empowered women who defied convention: working with Marston on human behavior research — while building a hidden life with him that rivaled the greatest of superhero disguises. 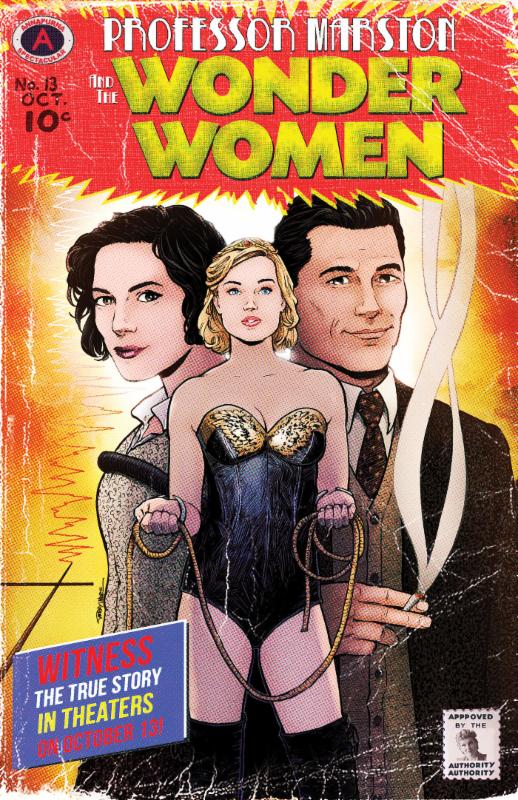