NYCC 2017: The Tick’s Dangerboat Is The Coolest Booth at Comic Con 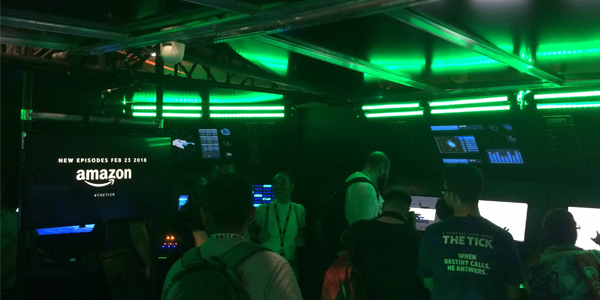 Amazon brought a walk through installation of Dangerboat from the Tick to NYCC, and it’s an amazing experience.

The floor of any major Comic Con is filled with booths trying to hype properties, sell merchandise, and collect relevant data about Con goers. We all know this. But sometimes, an outside the box idea will transform a booth into a genuinely fun, interactive experience. That’s exactly what Amazon did with their booth devoted to their newest hit Prime series, The Tick. 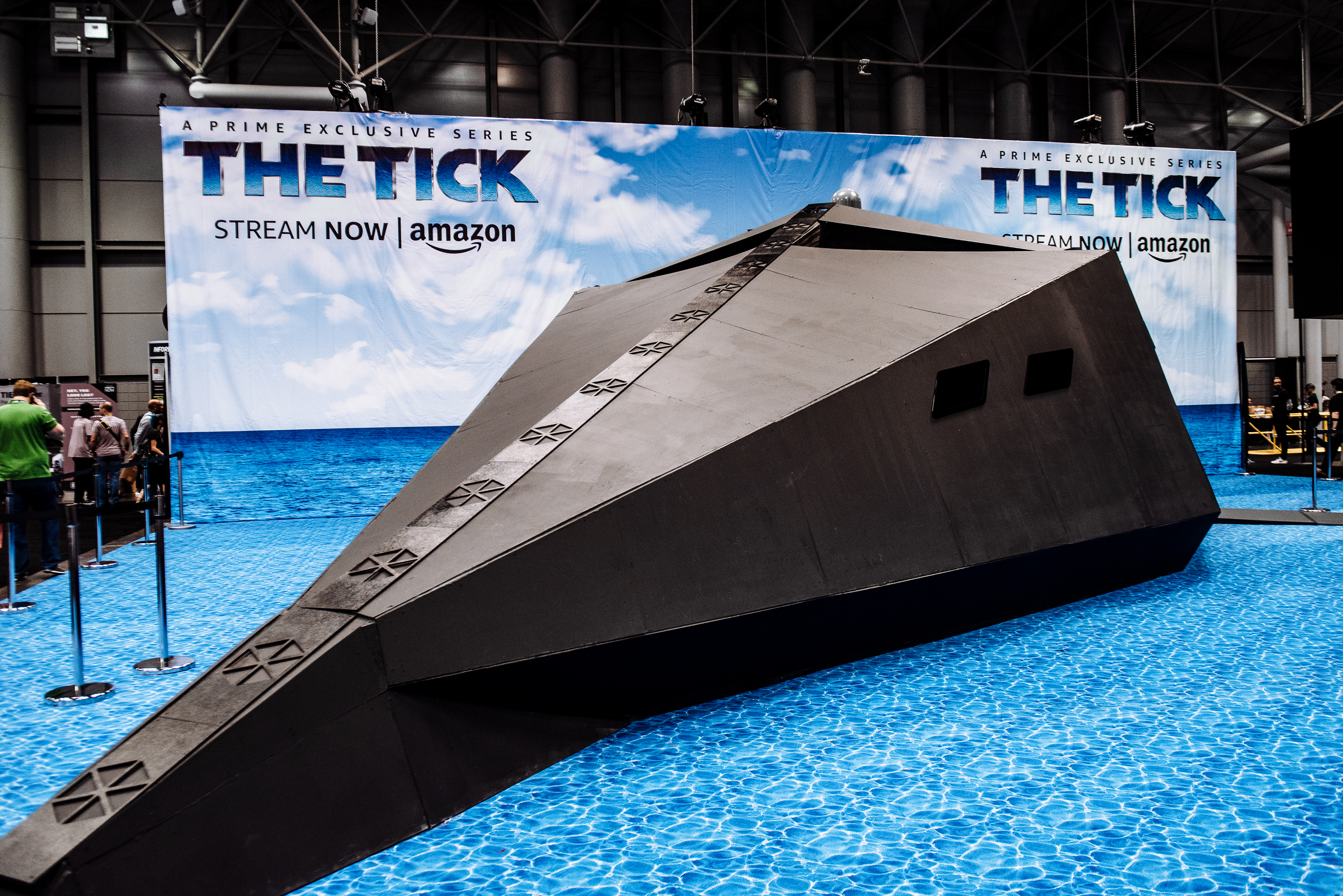 The enclosed installation is presented to look as if it’s on water, and once you enter you are greeted to a replica of the interior of Dangerboat, the partner of vigilante Overkill.  And it is an AWESOME experience. 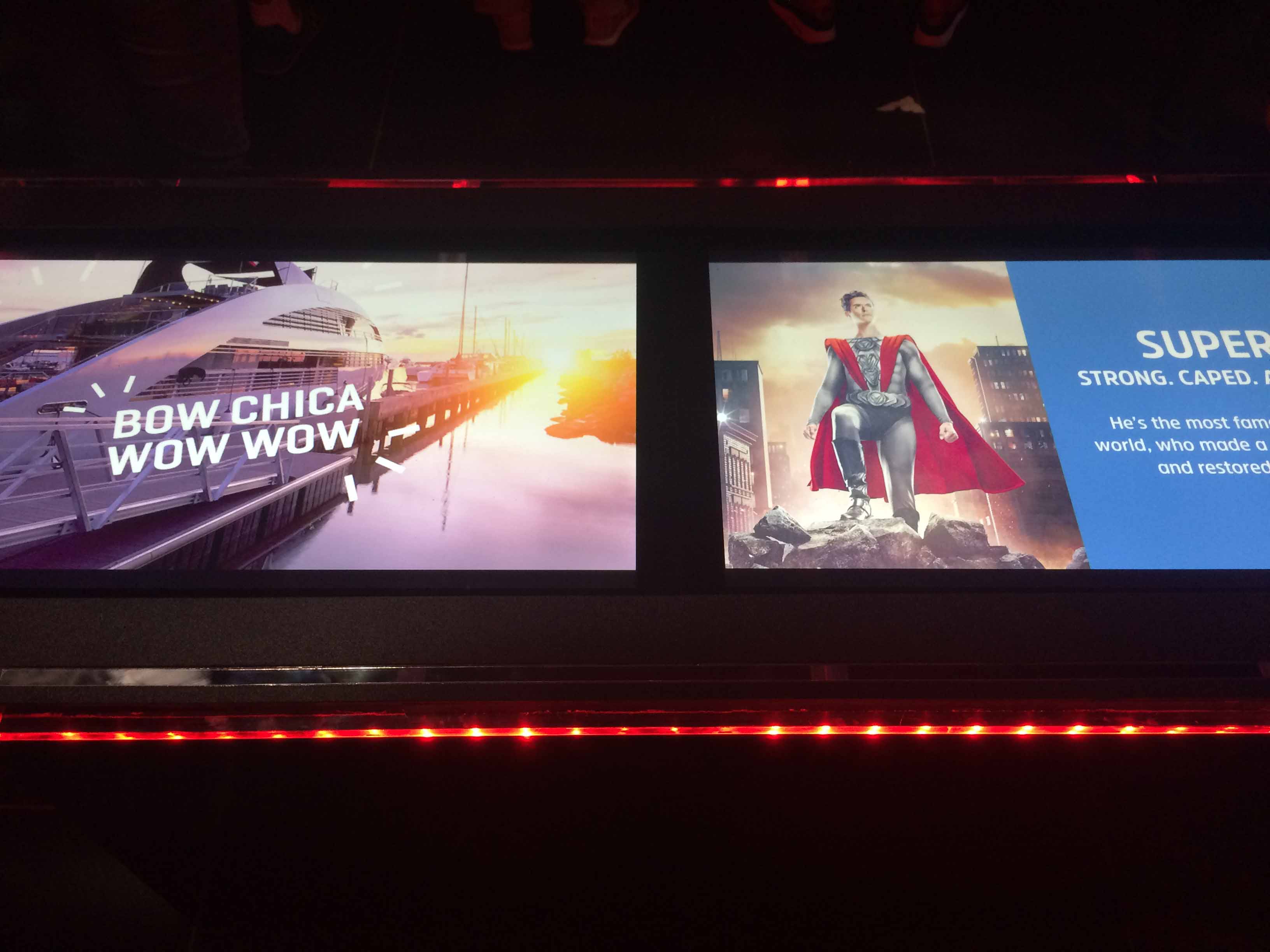 Inside, you’re surrounded by a myriad of neon tubing, controls, levers, buttons and diodes all ready to be flicked, pushed, pulled and messed with. The hands-on experience leads you to a station where you answer a few simple questions (e.g. what your favorite streaming TV shows are), and some less simple ones (e.g. what your super power is). Once you enter the info, you’re issued a Dangerboat ID that serves as a boarding pass for you to wander around the hull of the ship. 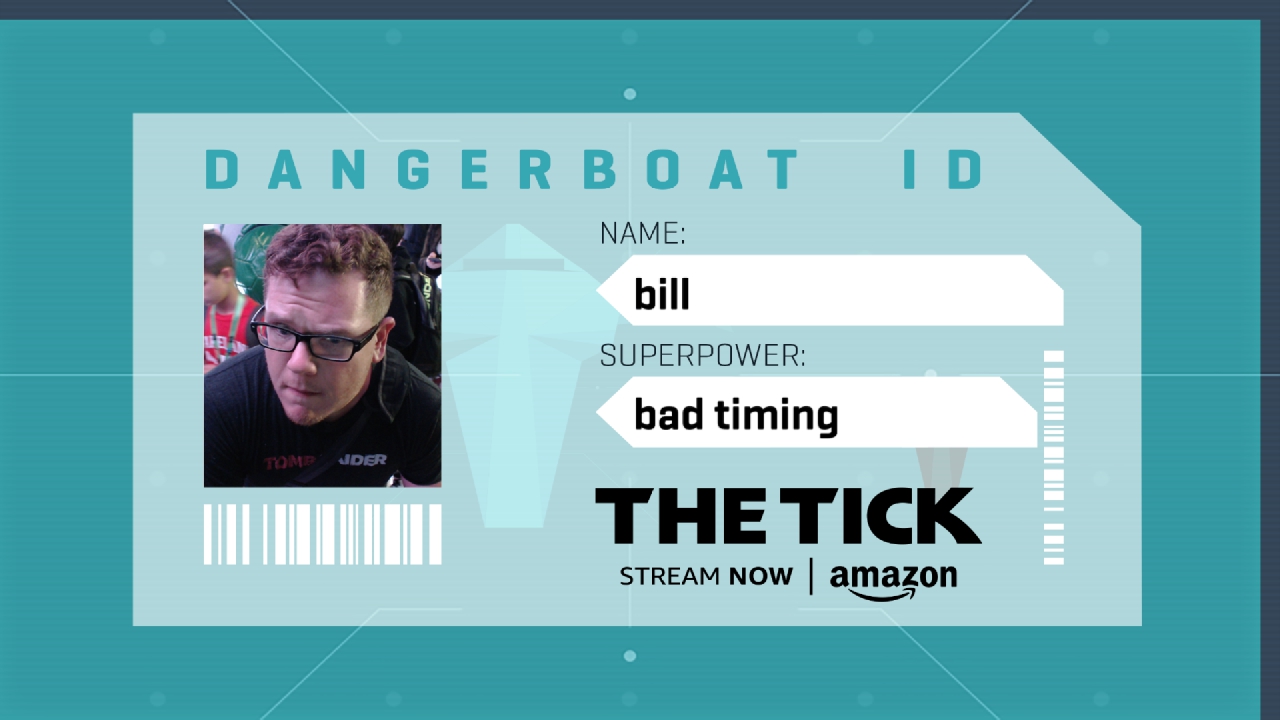 The mix of video, physical props, and live performance (an actor voices Dangerboat’s command system, and interacts with you by name based on the info you submitted up front) really immerses you in the weird, cool world of The Tick. I forgot within minutes that I was actually in the Javits Center for Comic Con after wandering through this environment. 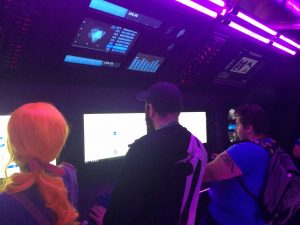 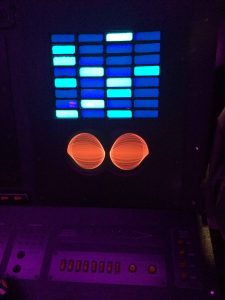 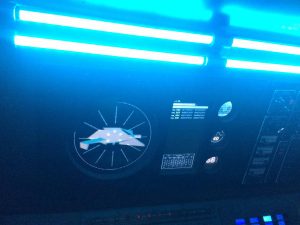 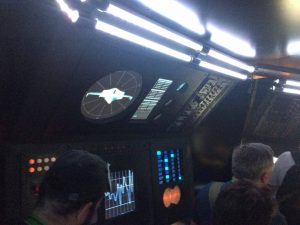 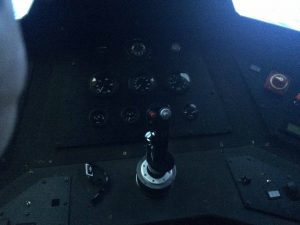 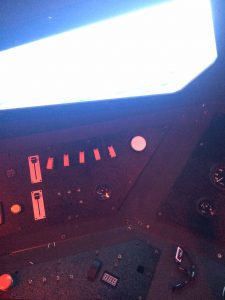 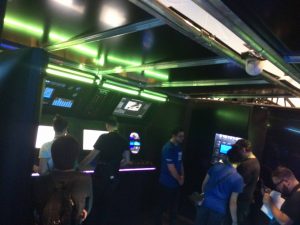 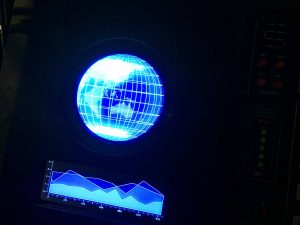 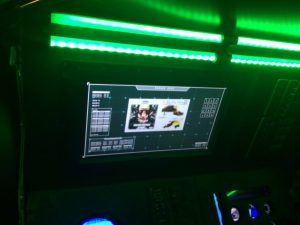 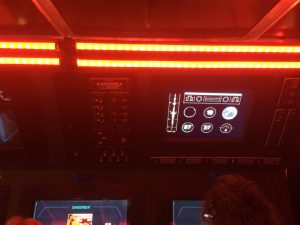 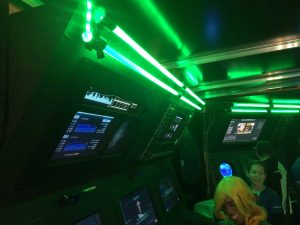 You can switch levers to launch missiles from the front of the ship, track enemies on radar and sonar screens, and further enhance your super hero (or villain) alter ego at computer stations later in the walk through. 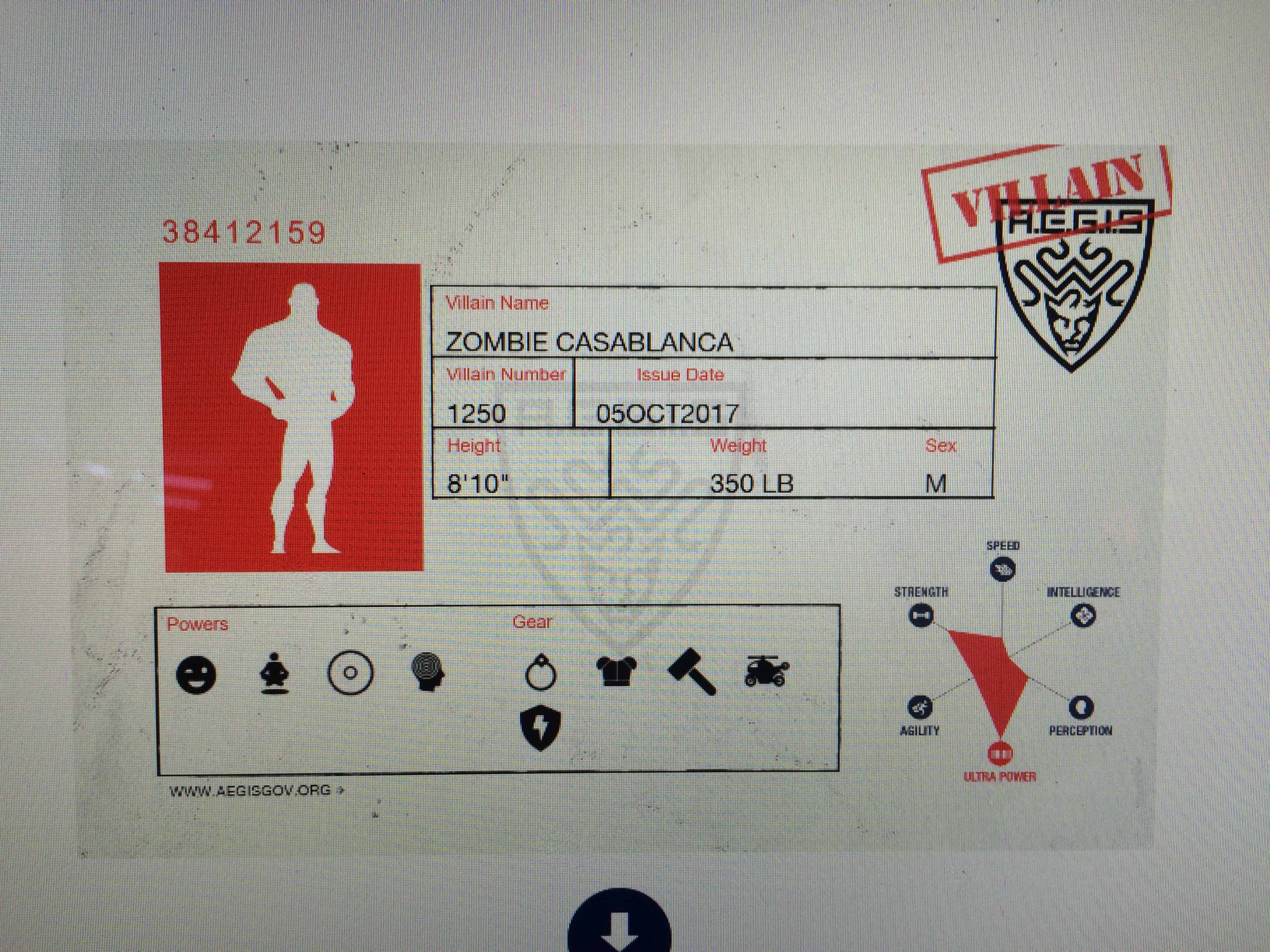 At the end you’re greeted by a vending machine which allows you to bring home a complimentary can of Fo-Ham (not intended for human consumption) and a green screen that lets you capture your experience aboard Dangerboat. 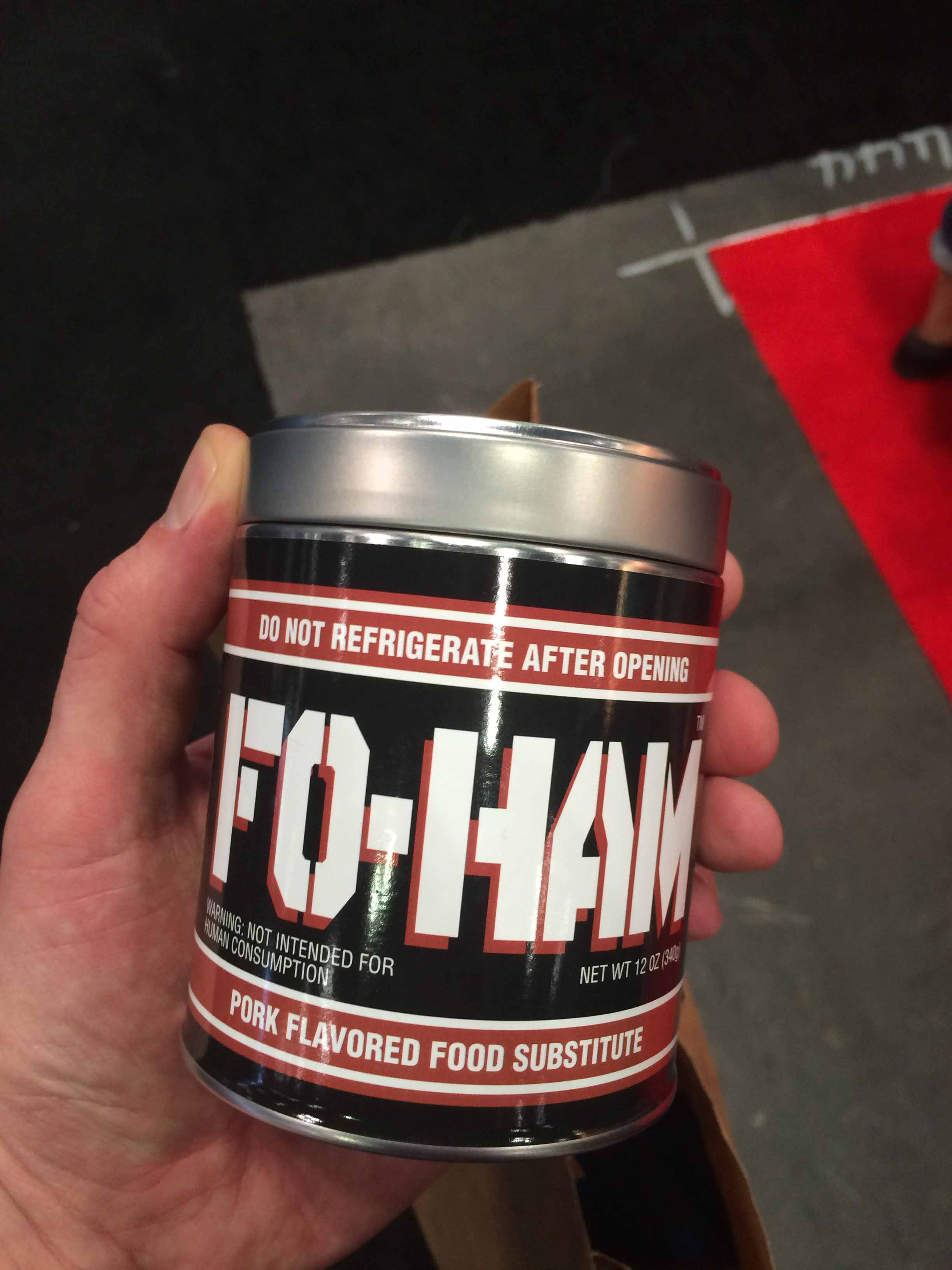 As you depart, crew members issue you an official “Protected by The Tick” poncho to welcome you back to the convention floor. 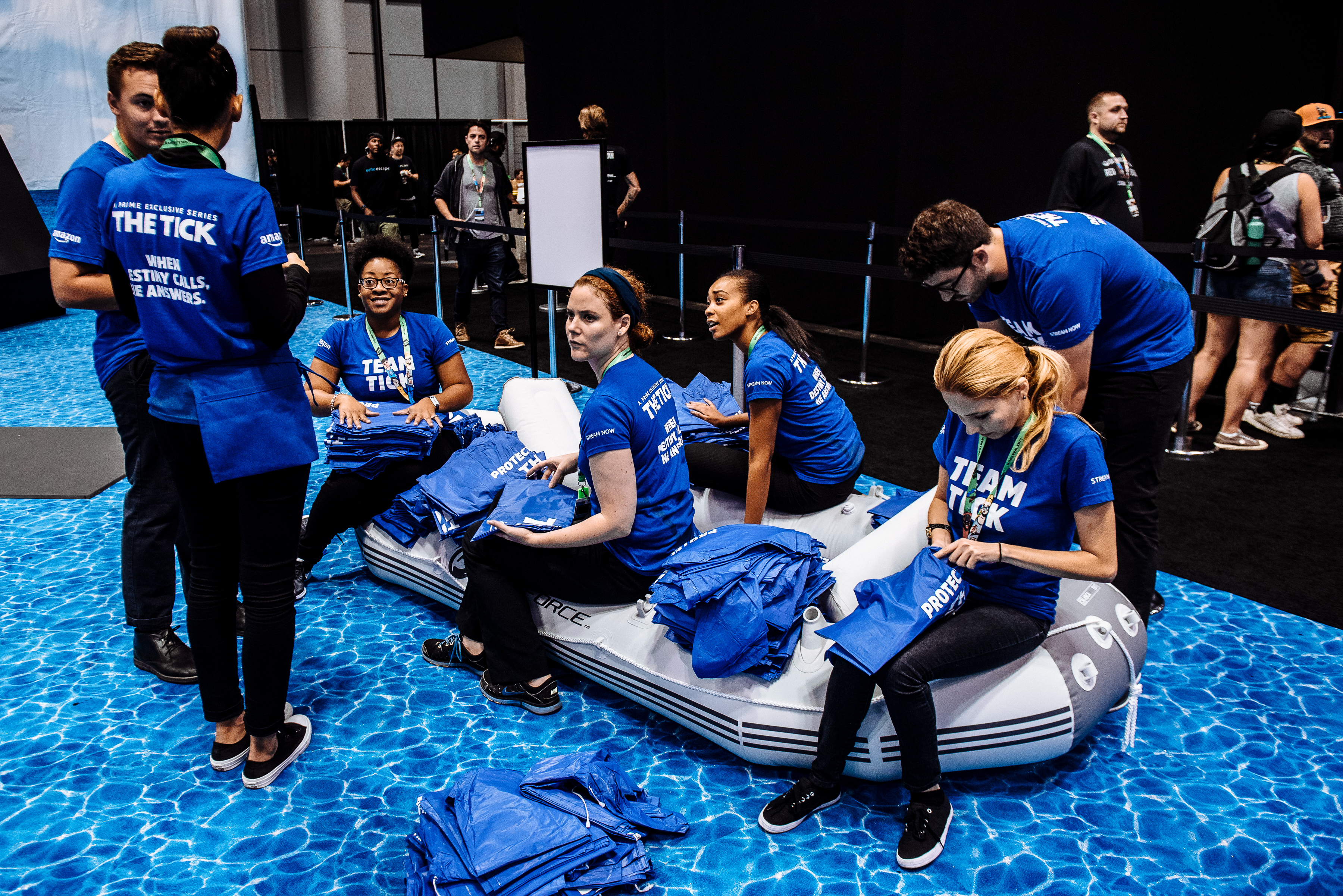 Overall, this is one of the smartest, most fun, and immersive booths I have ever seen at a Comic Con. It’s inventive use of screen accurate replicas of the set seen on the show left me with the feeling I was visiting a theme park, rather than a booth hyping The Tick’s new season (which, by the way, is streaming now with more episodes coming February 2018). Amazon went all out with this exhibit, and the result is one of the most fun experiences to be found on the NYCC floor. If you’re attending the Con this weekend, I highly recommend paying Dangerboat a visit!