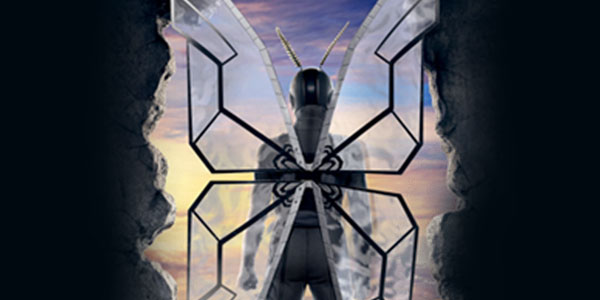 Get a first look at the next chapter of Amazon’s The Tick!

If you haven’t seen The Tick on Amazon Prime yet, I cannot urge you enough to do so. It’s a PERFECT adaptation of every iteration of The Tick– from Ben Edlund’s original comics, to the animated series, to the short lived Patrick Warburton show– which also adds to the mix a subtly satirical take on the modern super hero movie mythos and aesthetic.

It is, in a word, incredible… simultaneously one of the funniest spoofs and most interesting super hero stories I have seen in live action in, well, ever.  The first six episodes of the half hour series are streaming now, with another six (which will round out Season One) launching next February. And we got our first teaser for the back half of the season at New York Comic Con:

Slight spoilers ahead, as we discuss what’s happening…

The trailer picks up where Episode 6 leaves off, with Arthur in the clutches of The Terror, the sinister super villain who secretly owns The City. Lacking his flight suit and his friends, Arthur would be a goner… except that The Tick is on the case, searching for his missing chum by smashing as many things as possible. Even better news for Arthur’s future security, his sister Dot is also on his trail, which might be more reassuring than the dim witted blue warrior’s quest.

Peter Serafinowicz, Griffin Newman, and Jackie Earle Haley are all ON POINT, with Haley raspily chewing scenery in the best way possible, while Serafinowicz straight faces his way through being launched into space in a gigantic cannon (!!!).

It looks like the search for Arthur will be an ongoing storyline for this half of the season, which I think provides a cool framework. We haven’t seen an ongoing story arc involving The Tick since the original comics, and it totally works for the Amazon series, allowing these delightfully weird characters and the even weirder world they inhabit to open up as the story progresses.  I cannot wait to see how this all plays out over the next six episodes.