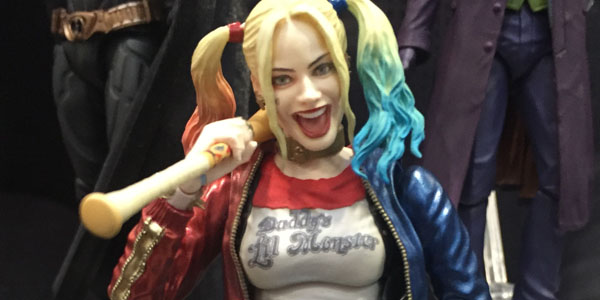 It was a tight booth, but some of the most impressive toys coming up this year are coming from Bluefin.

One of the highlights of NYCC was the Bluefin booth, all the upcoming Bandai Tamashii Nations offerings are hard to resist. All four turtles were on display along with Shredder, and in a new display. The SDCC set up was just the Turtles attacking Shredder, in the newest set up it gave some ideas for collectors, sitting the Turtles in a pizza restaurant. This line is one to watch, it could end up being the definitive line for collectors of TMNT. The other lines have some diorama set ups, hopefully this line will get a few set pieces to help collectors make some fun displays.

Unlike the Marvel and Star Wars lines the DC movie lines will be starting this year in the states. The articulation on the figures look seamless, creating some of the most realistic movie representations of the chracters. Only Bale and Leadger are coming form the Nolan films, but it looks like the Suicide Squad is building a team. The first look at the deigns for a Will Smith Deadshot looked good, and knowing how well they translate the 2-D designs into 3-D it is sure to be an amazing figure.

The first of the WWE figures are on the way, with what looked to be ring accessories packs. Like the Super Mario sets, these diorama pieces will only add to the poses and set ups collectors can create. The initial looks at the Rock and Stone Cold, looked good but I was not sure how all the articulation points would look on guys in tights. Seeing these in person, they did an amazing job make sure the articulation points did not impact the sculpt of the figure.

Finally the first of their Street Fighter line was on display. There are a lot of versions of Ryu out there for collectors, but this might be the best sculpted one based on the animation. A lot of the lines try to create a real life look to the chracters in Street Fighter, but this line embraces the animated look amazingly well. The first two, Ryu and Chun Lee, were all alone, no hints at future figures and no accessories. If they come with multiple hands and effects, you might see a lot of SOTA figures going up on Ebay.

The SH Figuarts and Bluefin continue to make the lines to beat for many collectors, both domestic and the hard to get imports. 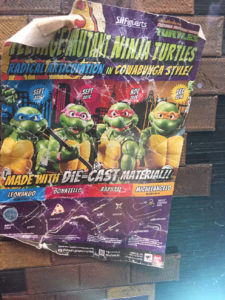 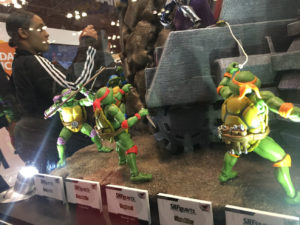 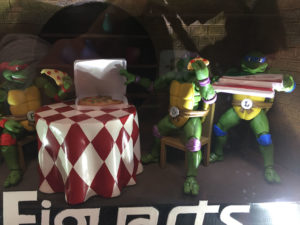 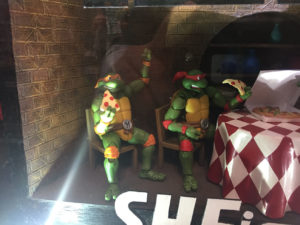 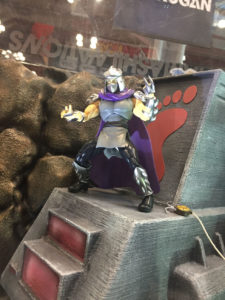 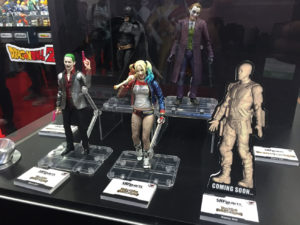 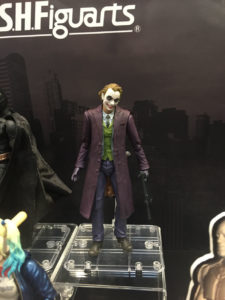 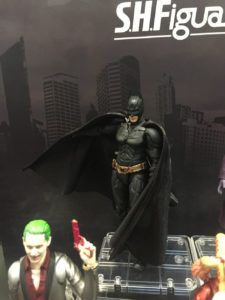 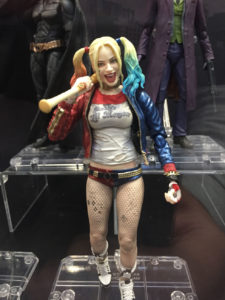 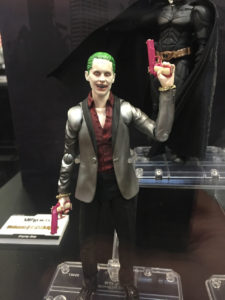 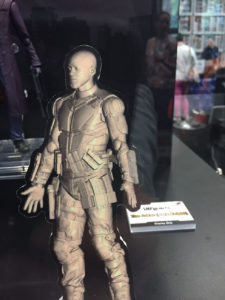 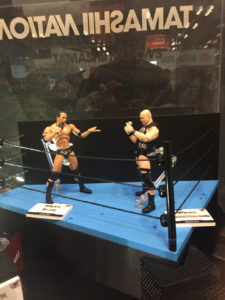 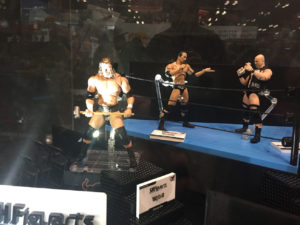 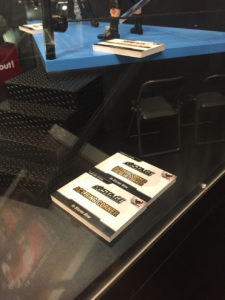 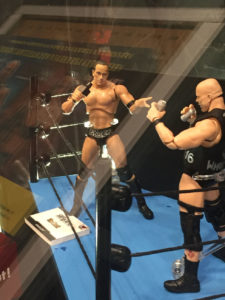 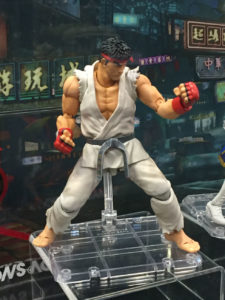 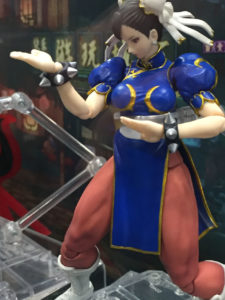 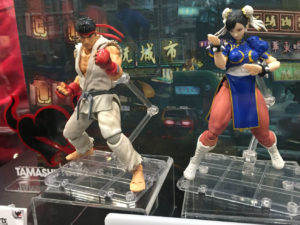 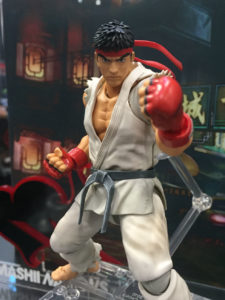 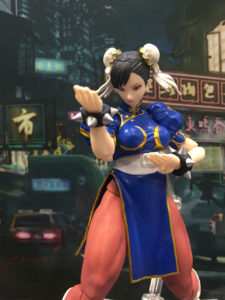 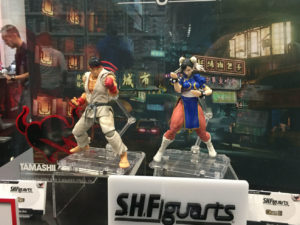