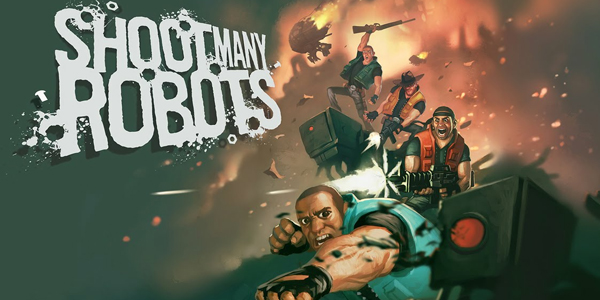 Boston-based Demiurge Studios is currently known for their supporting roles in developing games like BioShock & Mass Effect and, in early 2012, they will be unleashing their first original title, “Shoot Many Robots” – the most aptly named video game of all time, to Xbox Live Arcade, PlayStation Network, and PC. I had the opportunity to preview the game with Senior Designer Josh Glavine at New York Comic Con and was not disappointed. Players assume the role of P. Walter Tugnut, a tough-as-nails redneck on a mission to shut down the robot-producing factories after surviving the automaton uprising.

The finished build promises to feature both a campaign mode and survival mode. The former is a run-and-gun side-scroller akin to classics like Contra & Metal Slug and plays out over six “adventures,” each of which include three to five missions. There are three difficulty settings to conquer and Josh advised that each playthrough will take close to 8 hours. The latter, which I had a chance to play, pits you in a single arena against wave after wave of robotic hordes.

Josh filled me in on the controls and features in lieu of the tutorial that will be in the finished product. Before the game begins, you are greeted with an intuitive loadout screen where you can pick your primary and secondary weapons as well as outfit your character with unlocked equipment, all of which carry their own attributes and benefits. After selecting our implements of destruction, we were thrown into the first wave of robot baddies. 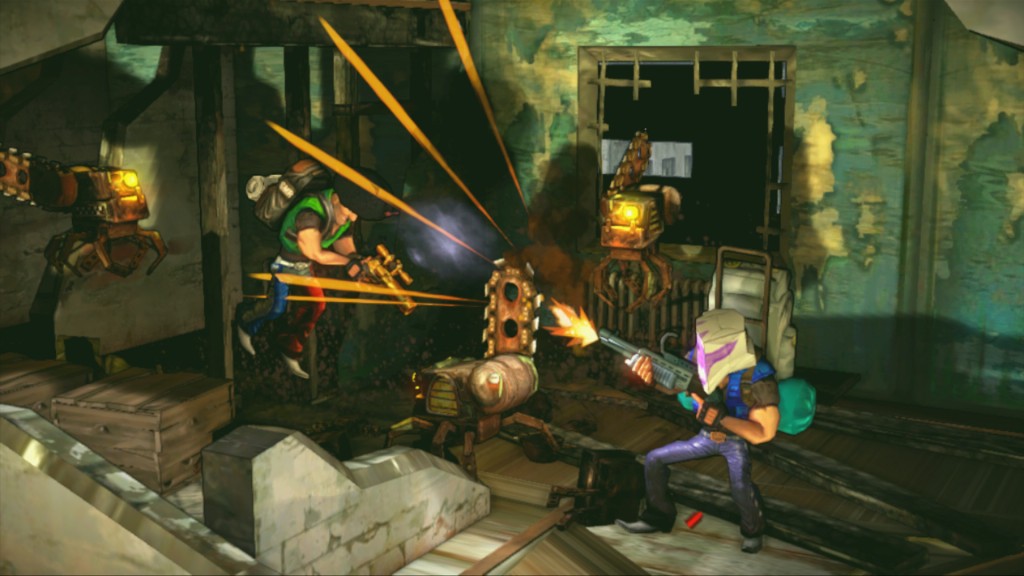 Before the action began, I had a few seconds to study the visuals, which are beautiful. Demiurge did a stellar job with giving the game a unique look and presentation that just works really well. The background had a soft but vibrant appearance, somewhat like a watercolor painting and all characters & structures are rendered with a light cel-shaded effect while still maintaining fine detail – similar to the artistic direction that Borderlands took. The character designs for both Tugnut and his robotic foes are quirky and lighthearted with fantastic animations all around.

Once the robots started pouring in though, I quickly focused what the game is all about – working cooperatively to take out hundreds of robots and having a blast in the process. I cannot overstate how much fun I had in my quick session with this title. Although all your starting weapons are most effective at various ranges, I didn’t find that any thing the game threw at me was out of my destructive reach. This is partially due to the fact that you can double-jump to reach robots perched on higher ledges as well as a button you can hold to stop in place and aim 360 degrees around you. This is a welcomed feature too, as swarms of robots launch both ground and aerial attacks from all areas of the screen. Some of these robots will mindlessly charge you while others will hang back and launch projectiles which, with a precisely timed button tap, can be deflected back at them. There is also a revive system in place, via a shoulder button, for when your partners fall in battle. I found it impressive that, even while the screen was filled with chaos, I experienced no instances of slowdown or framerate drops – everything ran silky smooth. 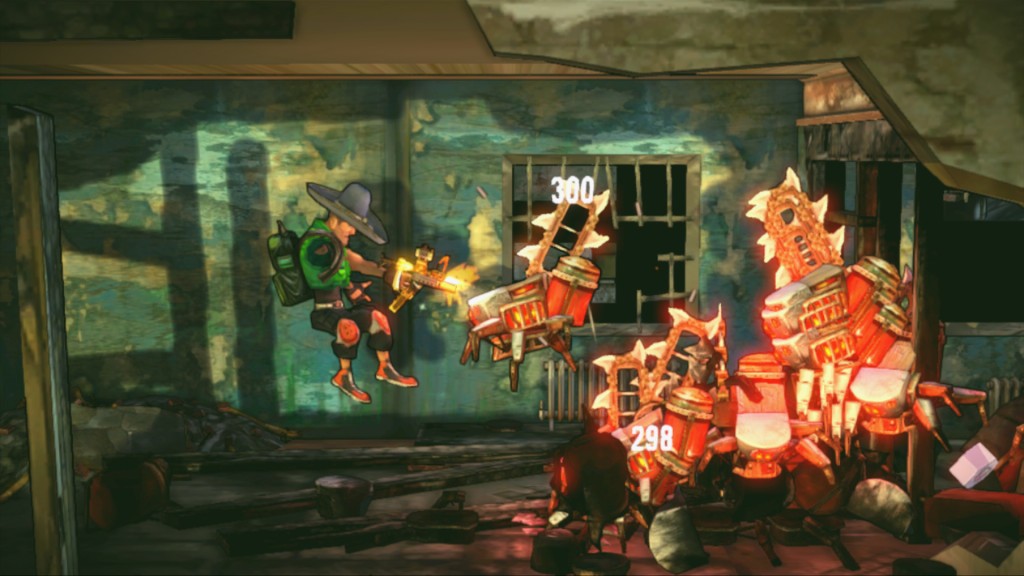 Also similar to the aforementioned Borderlands is the staggering amount of weapons – over 300 of which can be gained while leveling up and collecting loot through the game. While the full arsenal includes some fairly wacky guns, I was equipped with a shotgun and rocket launcher during my playthrough. I will tell you now that the rocket launcher in this game is one of the most satisfying weapons I’ve ever wielded in a shooter. Shooting a rocket into a mass of two dozen robots and watching them explode into tiny bits accompanied by a mass of points and loot is a genuinely cool experience.

Fans of The Behemoth’s excellent “Castle Crashers” will feel right at home with this side-scrolling co-op adventure and all the RPG elements it incorporates (completionists will have their hands full reaching the games cap of level 50 and collecting a wealth of unlockables). After thoroughly enjoying the 2-player couch co-op, I’m absolutely looking forward to jumping online and taking on the game with three friends when it’s officially released. Look for Shoot Many Robots in the first quarter of 2012. 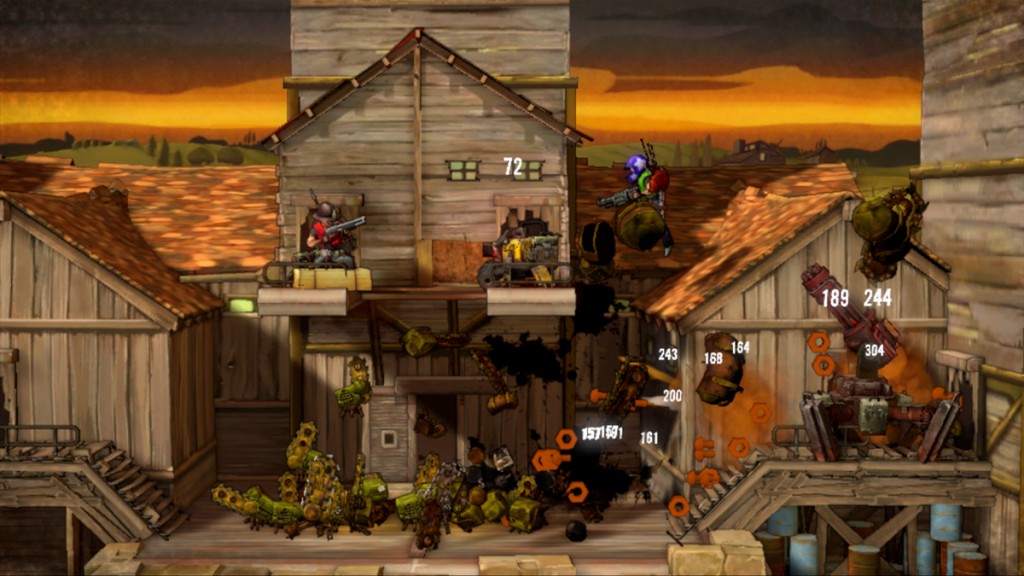