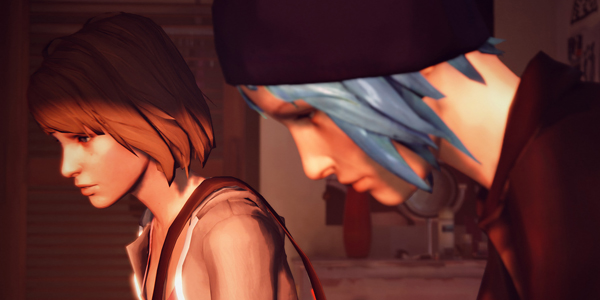 Dontnod Entertainment’s creative director Jean Maxime-Moris and art director Michel Koch were on hand during Square Enix’s New York Comic Con press event to walk us through a bit of their newest title, Life is Strange.

Their presentation, set up in a lounge atmosphere designed to resemble a teenager’s room, complete with beanbag chairs and Polaroid photos strewn about, introduced us to the interesting world they’ve created for their upcoming episodic game series.  Set in the picturesque pacific northwest, we meet the main character, Max, as she returns to her home town of Arcadia Bay, Oregon to meet with her childhood friend, Chloe.  As the two get re-acquainted, Max’s almost uncomfortable awkwardness and shy demeanor are contrasted by Chloe’s abrasive, rebellious attitude, and we soon learn that Rachel, another old friend of Max’s, has mysteriously disappeared.  Those familiar with Dontnod’s previous effort, Remember Me, will likely recall its masterful storytelling and their new project seems to follow suit, weaving a dense emotional tapestry in only minutes with compelling characters and enough unanswered questions to make you anticipate what happens next. 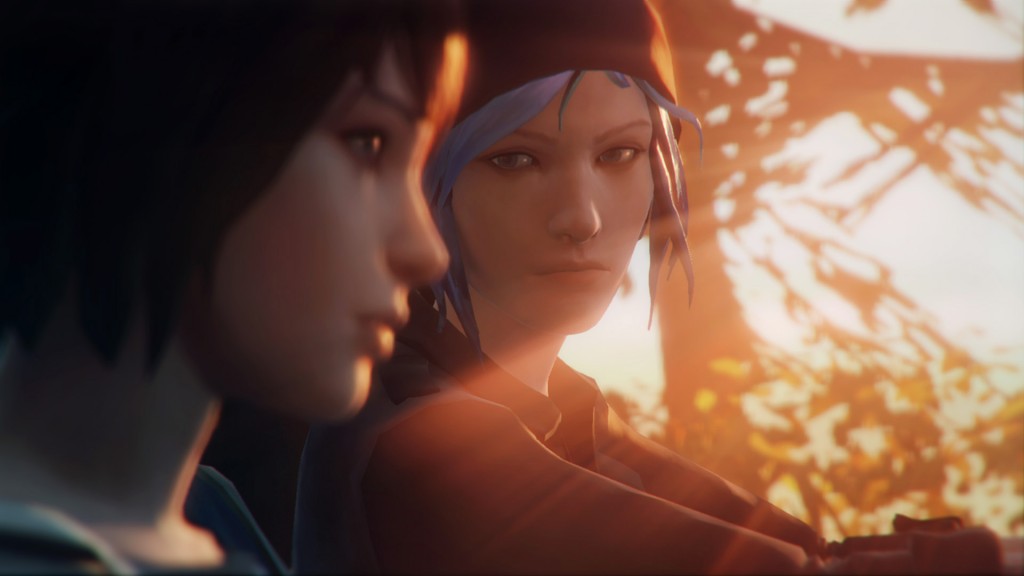 The first thing Max is tasked with during the demo run is to repair Chloe’s Polaroid camera which had recently been smashed by a school bully.  During her search for a precision toolkit, we begin to really get a feel for the interface through which Max interacts with the world.  When there is a piece of the environment that Max can manipulate or inspect, it is called out by a hand-drawn chalk pointer, giving a fun and decidedly comic book-style sensibility to the otherwise very elegantly designed visuals.  All the backgrounds feature lush, painted textures that explode with orange, red, and yellow tones that evoke a nostalgic, autumn atmosphere.  The indie/folk soundtrack, featuring licensed and original compositions, fits the mood perfectly as you slowly search for your objective, discovering some key items along the way that are at once interesting and just slightly disturbing, such as finding out that Chloe’s stepfather has wired every room in the house with secret surveillance feeds. 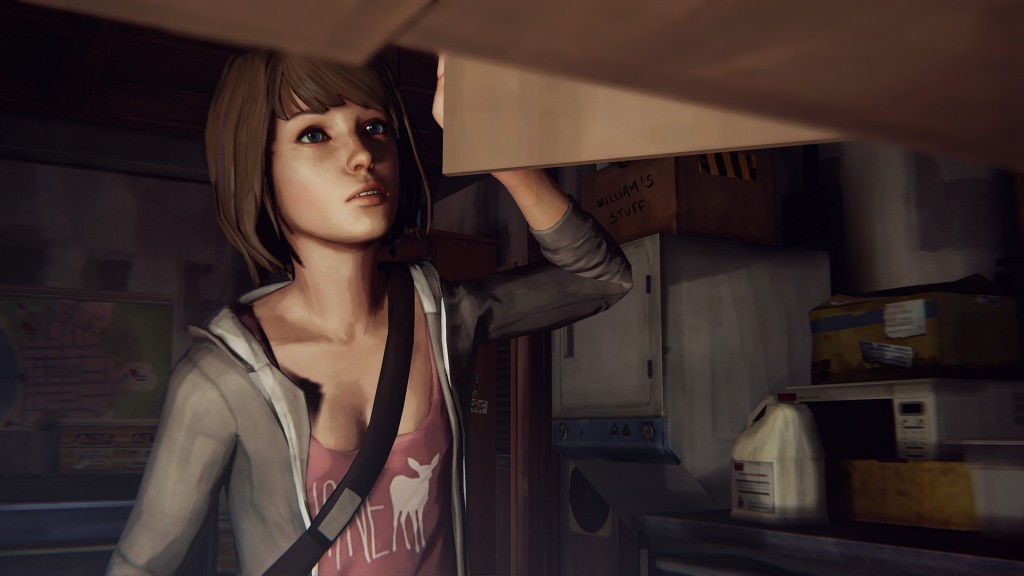 Once Max finds, and subsequently knocks the required tools completely out of reach, we get a taste of the gameplay twist in Life is Strange: the ability to rewind time.  Maxime-Moris advised that this isn’t simply a player mechanic but a power that Max is aware of possessing.  She can rewind a limited scope of time that has passed in order to make different choices that may have both immediate and long-term repercussions.  By using this power here, we see the tools reset into their original location.  Max is then able to position a flat piece of cardboard on the ground, underneath the piece of furniture that the tools had fallen behind before it happens, allowing her to easily retrieve them when they now fall back into that location.  A better demonstration of this is shown upon arriving back in Chloe’s room.  Her stepfather returns home and demands entrance into the room to question Chloe about his missing firearm.  Initially, Koch (who was actually playing through the demo) failed to find Max a hiding place before the stepfather burst into the room, leading to a rough confrontation.  Hiding in the closet and intervening in the situation at a later time yields less hostile short-term results but, like any choice you make, may have long-term effects that the play may not foresee yet. 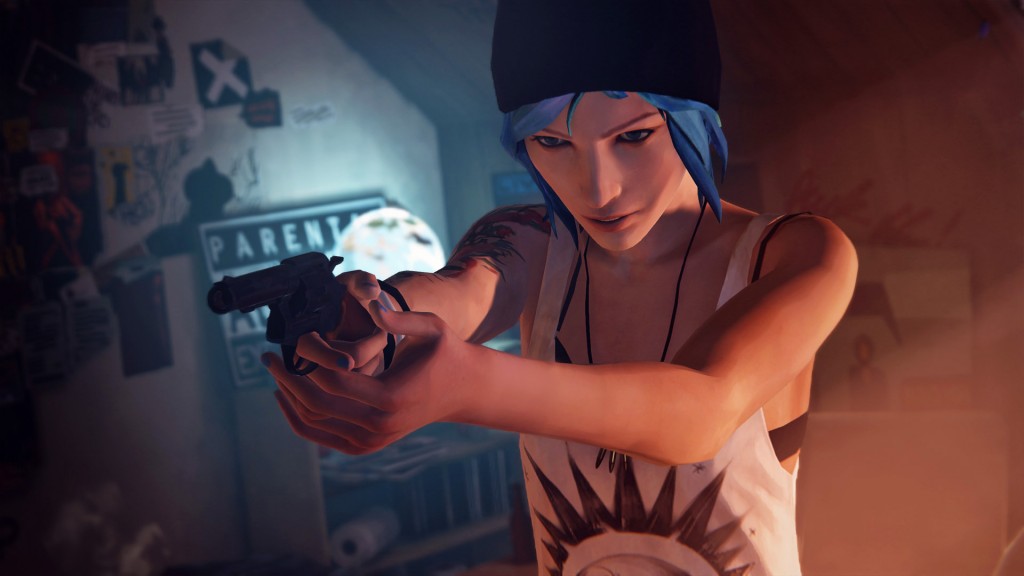 Both the episodic model (the game will be distributed across five downloadable chapters at six-week intervals) and the actual gameplay is clearly reminiscent of titles like Heavy Rain and Telltale Games’ The Walking Dead but presents itself with such a warm, inviting aesthetic that it feels altogether fresh and new.  On the surface, Life is Strange appears to be part coming-of-age tale and part mystery but with something unsettling lurking just outside.  I’m really eager to see where they take the story and how Max and Chloe will develop through every installment, each of which plays in about 2-4 hours.  To echo the sentiment of the creative director, it feels like they are building a triple-A experience wrapped up in an indie package.  The game will launch in early 2015 for PC, PlayStation 3, PlayStation 4,  Xbox 360, and Xbox One.