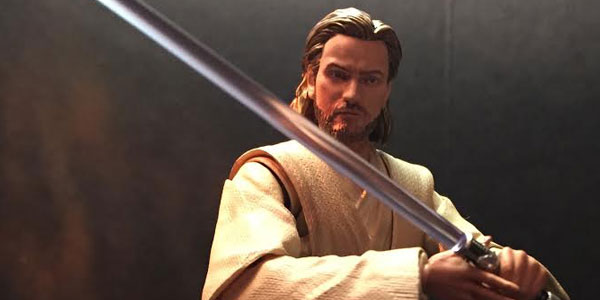 As we round out 2016 S.H. Figuarts still has a few more tricks up their sleeves and with this Episode II Obi-Wan the galaxy looks safe and sound.

Bandaii/Tamashii Nations have done an amazing job with the Star Wars licence and with the looks at all the shows and conventions they are far from finished. Fans of the franchise (and the toy line) have voiced their opinion on some missing characters such as Qui-Gon, Padme, Count Dooku, and Episode III Anakin. From the looks of things we still are in for a ride on the prequel figures with the announcement of the Episode II Anakin slated for next year, we may see some teasers for Episode III figures soon enough. I mean we saw General Grievous at SDCC so anything is possible.

The Episode II Obi-Wan is packed with an extra head, lightsaber, and four sets of extra hands. Now the question on the internet is why can they give us all this stuff with Star Wars figures and not the Marvel ones? I honestly wish I knew that answer. However, I absolutely love this Obi-Wan figure. From head to toe he is amazing. I don’t know if they listened to the consumer reviews on the hand pegs but his hands were much easier to get into the peg then the previous released figures. Kudos to the company for fixing this issue.

The difference in the alternate heads is very subtle (much like the Mace Windu figure), but I liked the alternate more serious one. With the all the optional hands to choose from it was very hard to make a choice on how I wanted him in my display. One gripe about this figure is his lightsaber. It was too translucent and not as dark colored as compared to other releases. The paint on this figure was again tops. I couldn’t find a flaw with it.

Obi-Wan fits in very well with the other Episode II figures from this line as well as some of the Black Series figures. On the secondary market he is pretty attainable from $50-$65. JQ gives Obi-Wan a 8/10. 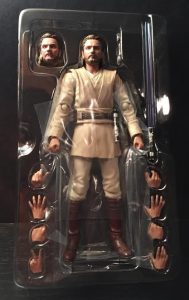 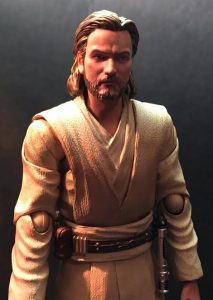 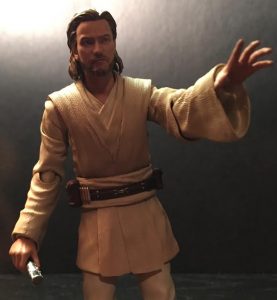 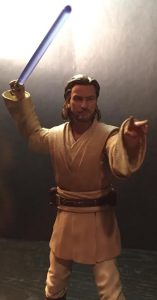 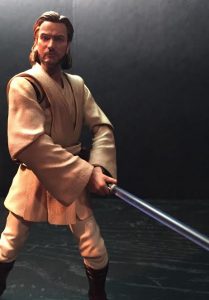 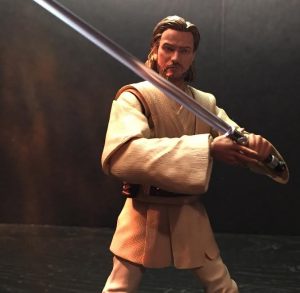 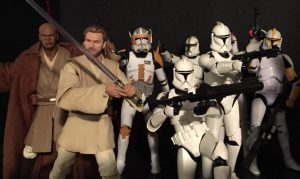