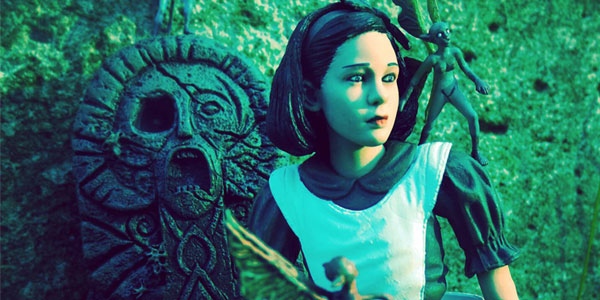 The hero of Pan’s Labyrinth is the most surprising figure in the Guillermo Del Toro Collection.

In many ways, Pan’s Labyrinth is the perfect toy property for NECA. It’s a movie that merges fantasy and horror and magic and monsters with a grounded sense of reality– in terms of both its socio-political criticism of Fascism and its practical puppets and makeup designs– and the result is one of Guillermo Del Toro’s most lavish, most stylized, and most bizarre worlds. When NECA first announced their Del Toro Signature Collection, celebrating the cinematic icons within the director’s movies, the creatures of Pan’s Labyrinth were a given. But NECA surprised us, by also including Ofelia, the little girl who serves as te movie’s protagonist. And despite her visual normalcy in comparison to the ghastly Pale Man and hyper-organic Faun, Ofelia is still a smart and bold choice for inclusion in the line.

The Ofelia figure features a wonderful portrait of actress Ivana Baquero, and Ofelia’s green and white dress, her most memorable outfit from the film. The figure is very well designed, with the articulation on her lower body masked by the pliable rubber skirt, allowing for a good amount of movement despite maintaining enough firmness to keep the figure’s silhouette movie accurate. Ofelia’s waist articulation is likewise worked into the bow on the back of the dress, another smart design choice that opens up posability very well.

Ofelia is a small figure, keeping her in 7″ scale and a perfect fit among the other GDT Collection releases and NECA’s action figure roster in general. Despite her small stature, the figure’s sculpt packs in a lot of detail, especially in the realistic folds and flourishes of her dress. This combines with smart paint choices, such as the high glass black on Ofelia’s shoes, which enhances the figure’s realism.

For any non-Pan’s Labyrinth diehards, an action figure of a little girl in a dress might not be super exciting. But NECA took advantage of the deluxe nature of the GDT line, packing Ofelia with a creepy stone pillar from the maze, her book, a key, and all three Fairies from the film. The pillar is fantastic, a perfect adaptation of the monolith how it appeared in the film. One of the statue’s eyes is removable, which is a cool feature (one I wish I had known about in advance; I lost my statue’s eye the second I opened my figure, and it’s lost to the ages now). The book is a nice piece, scaled accurately to be big in Ofelia’s arms, yet still something she can hold. And it even features a hinge to reveal two fully illustrated pages from the tome seen in the movie.

The Fairies are the low point of the set. While the designs are very nice (with a remarkable amount of sculpt and paint detail considering they’re just about an inch tall), all three creatures share the same sculpt. The mid-walk pose isn’t a terrible choice, having only color distinguish these three is a bit disappointing. I would have liked to see each Fairie get her own unique pose, to add diversity to the display options.

Like the other GDT Collection releases, Ofelia comes packed in a lovely five-pane window box, featuring a painting by Adam Stothard depicting Ofelia beginning her magical adventure. The spine carries on the aesthetics and numbering of previous releases, offering a really nice bookshelf display option for the packaging alone.

The numbers NECA always gives say monster toys sell, humans don’t. They’re willing to break that rule on some occasions, and I’m really glad Ofelia is such a candidate. This was the riskiest figure they’ve released in the GDT Collection, but, like Ripley from Alien, Ofelia is simply too important to the Pan’s Labyrinth story to be ignored. The Collection would always feel incomplete without her, and I’m glad NECA appreciates that fact.

Look for Ofelia and more figures from the GDT Collection now at specialty retailers, or via NECA at their eBay store. 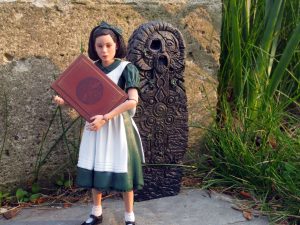 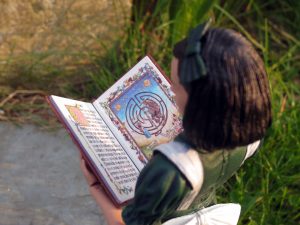 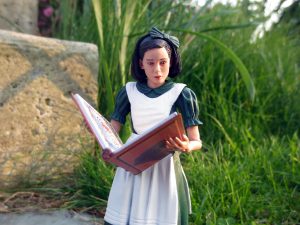 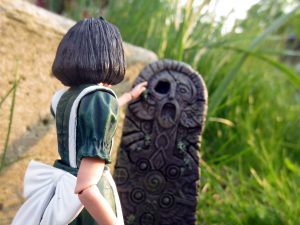 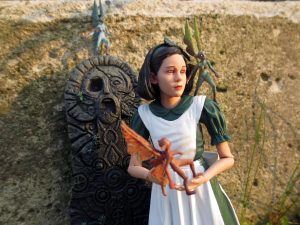 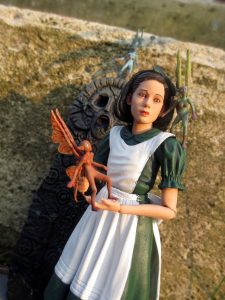 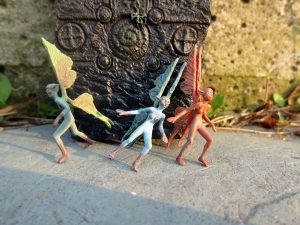 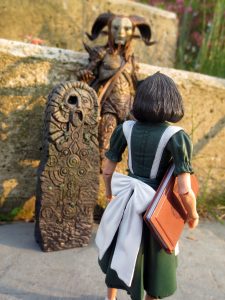 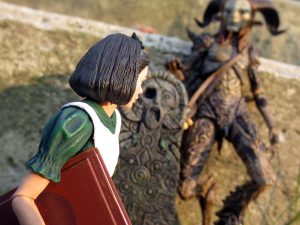 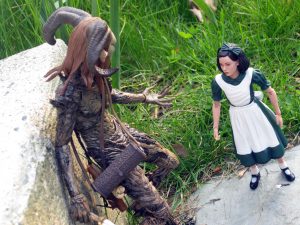 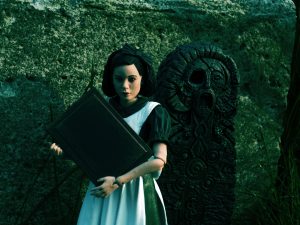 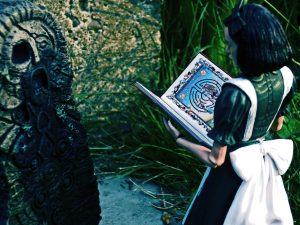 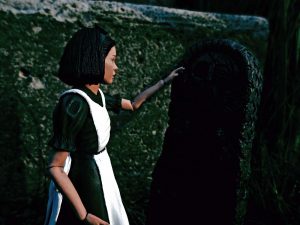 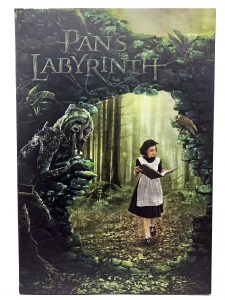 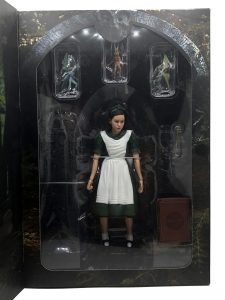 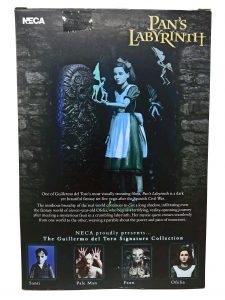