It’s Official All Of Marvel Is Reunited, And It Feels So Good 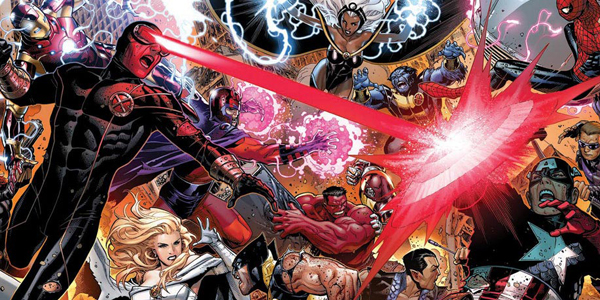 This morning Disney announced it merger with Fox, which means the X-men and Fantastic Four are coming to the MCU.

Since the Marvel Cinematic Universe started every fan has wanted to see Wolverine face off against Captain America or Reed Richards take on Iron Man, well in the next few years we will finally have the chance to see that happen. Today Variety reported that Disney has bought 21st Century Fox, and although that does not mean an immediate addition of the characters to the MCU, over the next two years we will see them start merge. Since the MCU has taken off Disney has been been playing hard ball with the X-men and Fantastic Four, omitting them from merchandise and comics in big ways, that will surely end now.

Yes this merger has much bigger points, but today on Star Wars day it all about the comic fan. There will be a mostly united MCU and with the Marvel film slate set so far out I’m sure they have already figured out how to add all these characters into this world. Just look how seamlessly Spider-man fit in with all the Avengers, I’m sure though they can’t make and big moves for a year, the wheels have been turning for a while now. Could some of our predictions we laid out on Saturday Night Losers actually pan out?

Now we just need Sony to give up the grip on Spider-man his stable of characters and we will finally have a fully united MCU!